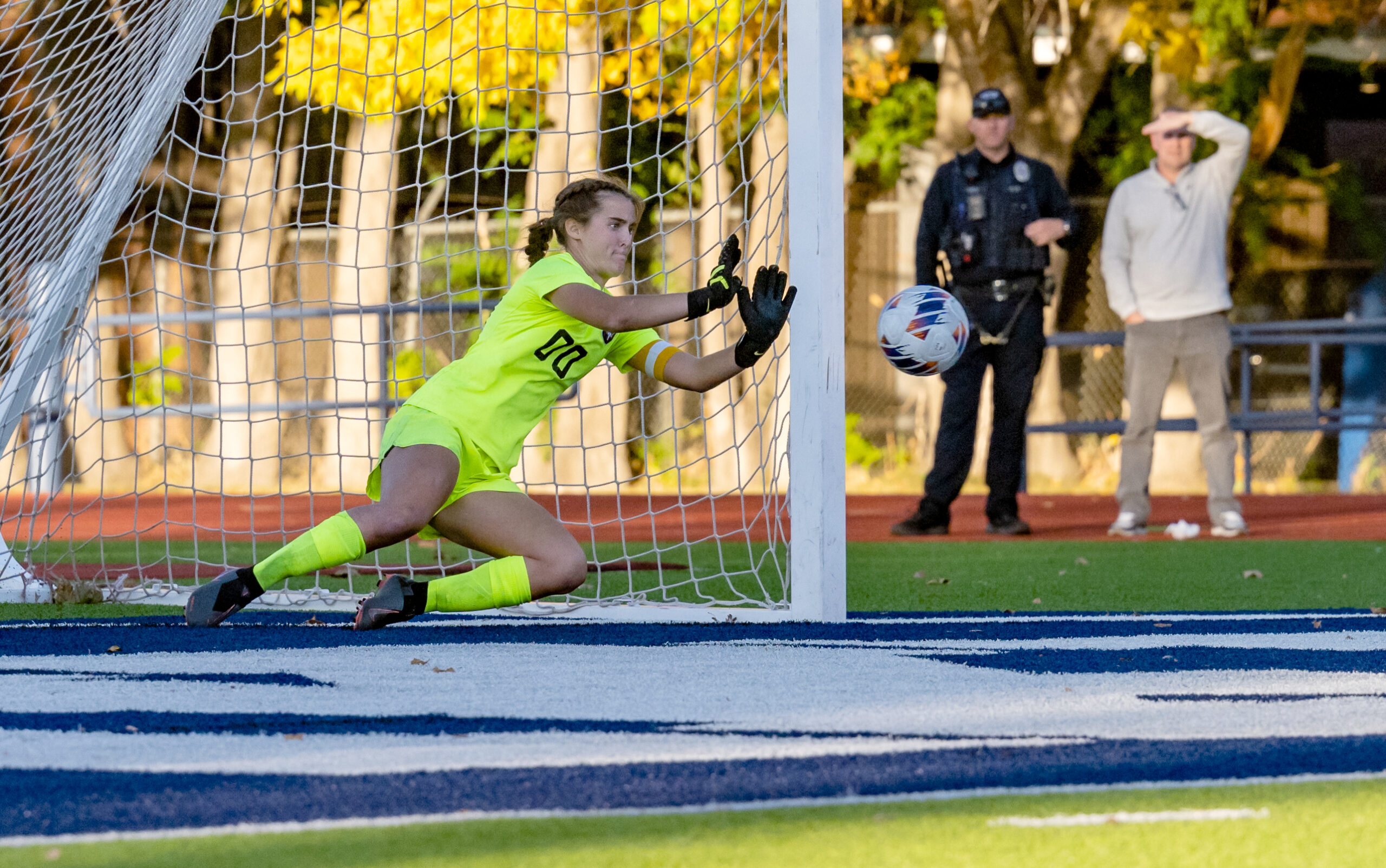 The No. 16 Lehi High School girls soccer team went on the road against undefeated top seed Bonneville on Oct. 11 and beat them in a shootout, but then fell to No. 8 Bountiful 2-0 on the road in the quarterfinals of the 5A state tournament Thursday (Oct. 13).

In the latter game, the Pioneers faced the RedHawks on a grass field, which plays quite differently than the turf fields that are used by most Utah County schools. Lehi still created plenty of opportunities to score but couldn’t find the target.

The Pioneers finished the injury-riddled season at 13-7 overall.

Senior goalkeeper Hayley Ogden was at her brilliant best as the Pioneers battled the Lakers in a second-round match that no one expected them to win. She made several saves in each half of play and through two overtimes to hold the hosts scoreless and give her team a chance.

Bonneville possessed the ball more and had more scoring opportunities during the initial period but came up empty because of Ogden’s efforts.

After the break, the time of possession was more even but Lehi didn’t get any quality looks to end regulation still in the scoreless deadlock, which continued through the two extra periods to bring on the shootout.

Ogden set the tone early by making a stop on the first Laker attempt. Senior defender Olivia Smith then converted the initialPioneer try. Bonneville found the net on their second kick, and Lehi answered courtesy of senior forward Kamara Simmons.

In the third round, Ogden again frustrated the Laker kicker and Pioneer junior midfielder Erin Dahl hit the target during her turn, bringing on a do-or-die situation for the hosts. Their fourth kick went wide to end the contest in favor of the upstart visitorsfor the biggest upset of the tournament.

“Not only were they ranked No. 1 but they were also 16-0,” said Lehi Coach Tim Graham. “The girls fought like crazy, and Hayley came up huge with a shutout and two big-time saves in penalty kicks. I couldn’t be more proud.”