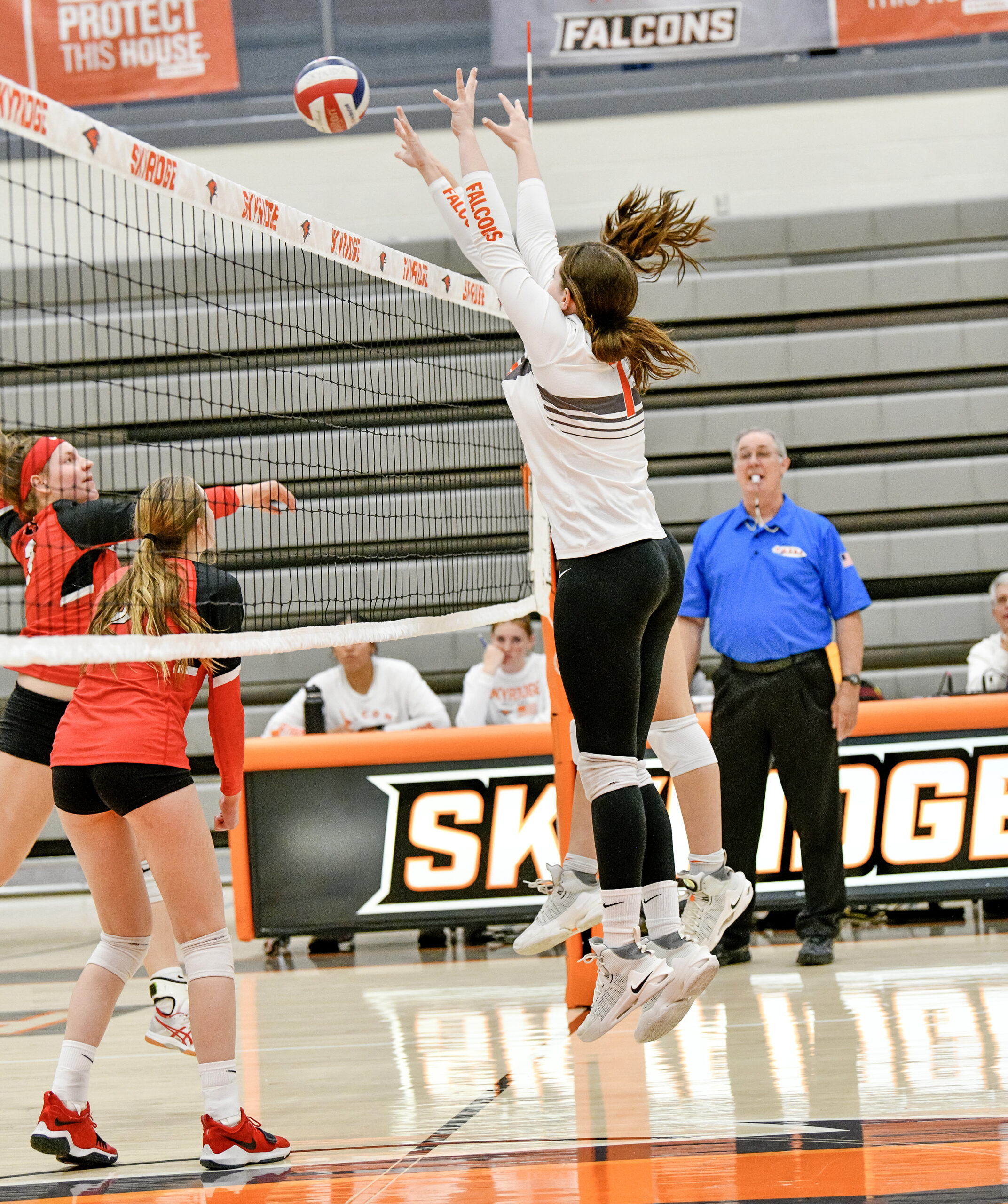 With one match left in the regular season, the Skyridge volleyball team is tied with Pleasant Grove for second place inRegion 4 at 6-3 and has posted a 17-9 overall record. The Falcons are in solid position to make a run in the 6A state tournament.

In the final match against the Bees of Bonneville (ID), Skyridge won the first set 25-21 but fell in the second 23-25. The Falcons picked up the pace after that to pull out the final two games 25-22, 25-21 to board the victory.

It was a back-and-forth marathon against the Vikings. The Falcons won the first set 25-19 but couldn’t hang on in the second game, which went to Pleasant Grove in extra time 28-26. Skyridge won the third set 25-18 but the Vikings secured the win after that 25-12, 15-8.

Ohlsen made 13 digs and 25 assists while Nahinu provided 19 digs, eight assists and 33 serve-receives. Standifird had 10 digs and 27 serve-receives and Willits gave 10 assists.