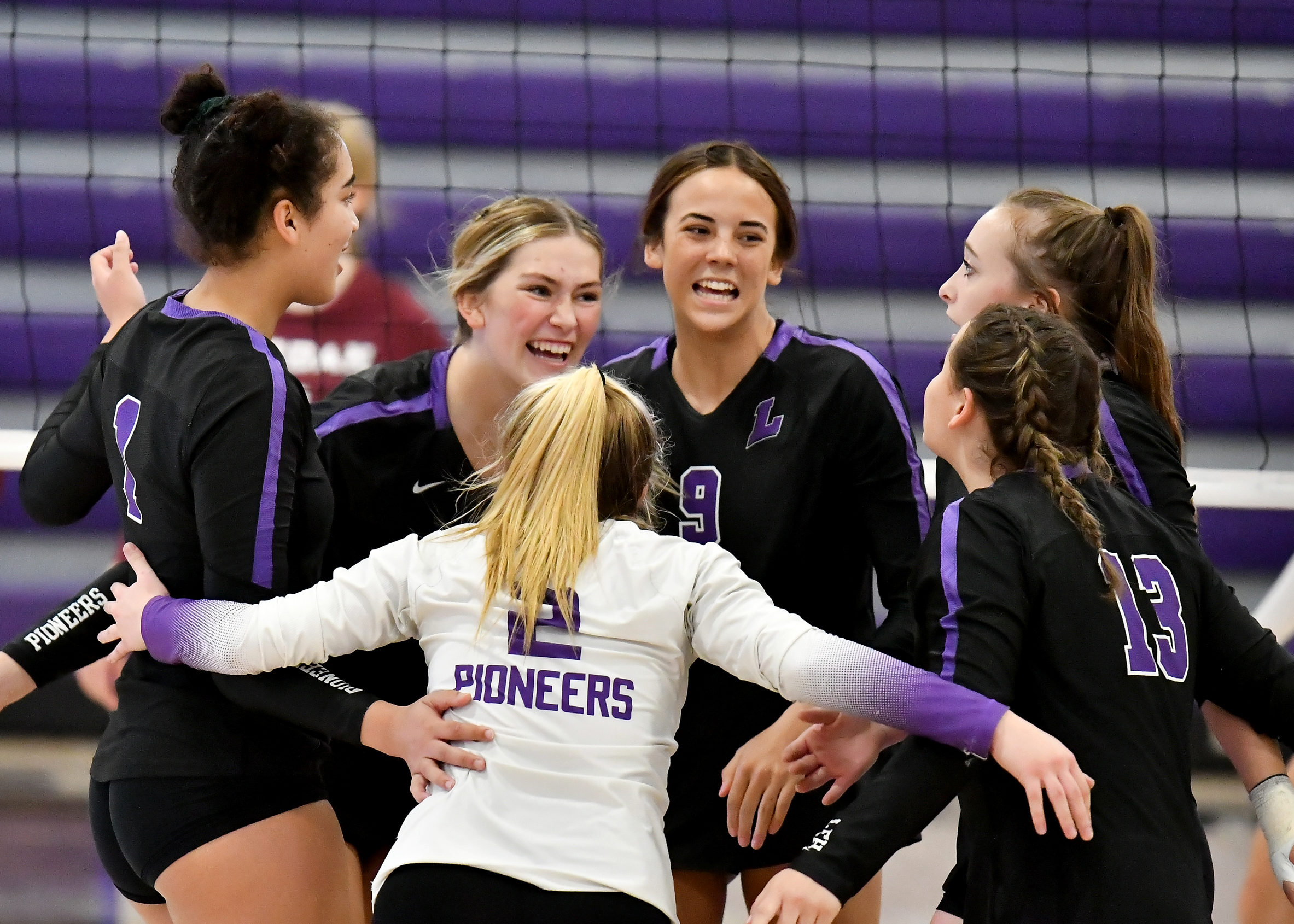 The Lehi volleyball team won two Region 8 games, split 3-4 during a tournament and then lost three consecutive league games as the playoffs approach. The Pioneers are in fifth place at 3-7 in the region and have a 9-17 overall record with two matches remaining to close out the regular season.

The Pioneers lost a close match to the Hawks in the first round of region play, but this time they came from behind to prevail by dominating the fourth set in their own gym. After Alta won the first game 25-21, Lehi rallied to the victory 25-22, 25-22, 25-10.

The Pioneers swept the Beetdiggers 25-22, 25-16, 25-14 at home. Senior outside hitter Jahslyn Rajvong tallied 12 kills and also had 13 digs and 11 serve-receives. Loftin had nine kills and Olsen six.

In the final match against the Sentinels of Seton, junior outside hitter T’kiya Cheever and Olsen registered 11 kills apiece, Young had four combined blocks, Brems made 26 digs and 22 serve-receives and Faddis tallied 25 assists.

The Pioneers put up a fight but the Bruins prevailed 25-20, 25-15, 25-17. Loftin scored 11 kills with a sterling hitting percentage of .429. Young added five block-assists and Faddis had 22 assists, while Rajvong and Betham tallied 13 serve-receives each.

Loftin made 10 kills, Rajvong had nine and Young seven along with four combined blocks. Faddis had wo aces, five combined blocks plus 32 assists. Brems added 15 digs and 17 serve-receives while Betham posted 16 in the latter category.