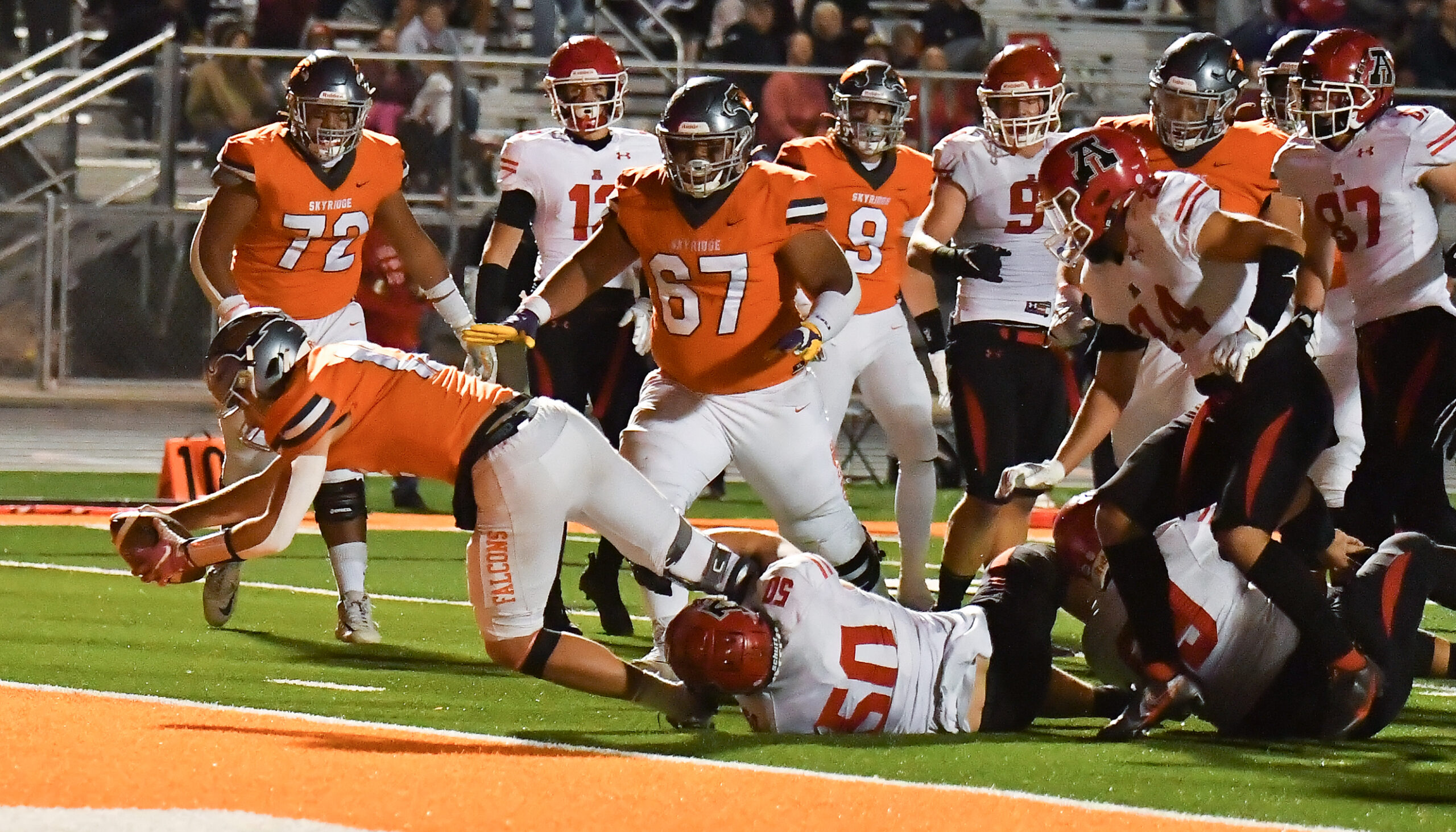 The Skyridge and Lehi football teams now know who they will be welcoming to their fields as they start the postseason in the second round of their respective state tournaments.

The next round will be played Friday (Oct. 28). Default game time is 6 p.m. but may be shifted if the schools mutually agree.With the weather change on the horizon, it’s possible that the next contests will start earlier in the day.