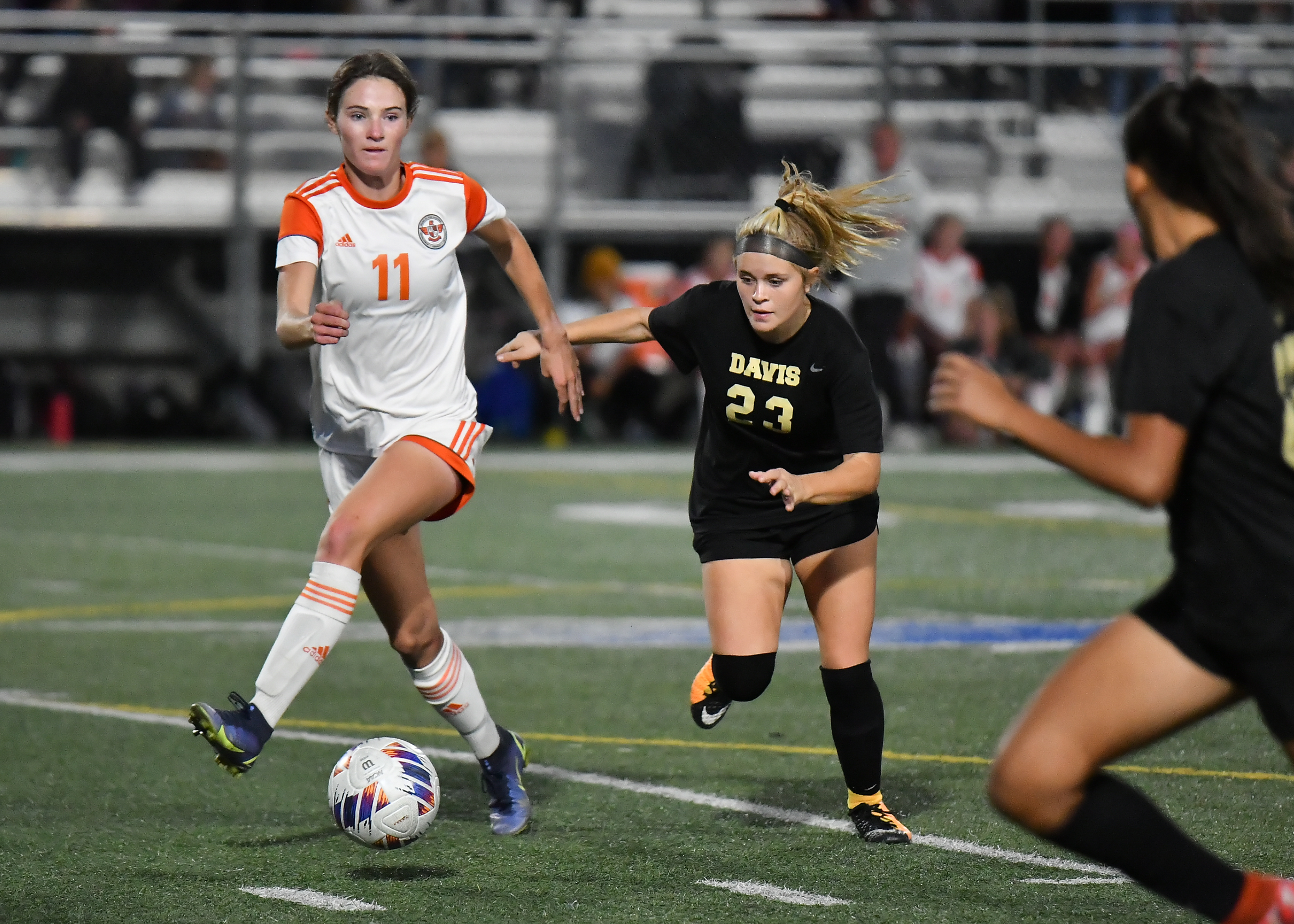 The Skyridge girls soccer team ended their exciting playoff appearances in the semifinal round of the 6A state tournament on Tuesday (Oct. 18) as they fell to No. 7 Davis (13-5) 3-0 at Juan Diego High School in Draper.

It was a battle from the beginning whistle until the clock ran out for the Falcons as they contended with the Darts. Davis controlled the field throughout much of the game with a stellar defense that has allowed only 14 goals all season.

The Falcons pressured the Davis goalie with determination as they desperately tried to find a way to get on the scoreboard.The Darts scored twice in the first period and once after the break while Skyridge was unable to hit the target.

“Davis is a tough team and they came with a great game plan,” said Skyridge head coach Toby Peterson. “We couldn’t figure out how to get past their press. They came at us hard the whole game.”

Junior midfielder Emma Hughes gave her best effort throughout the match as she worked hard pressuring the Davis goalkeeper. The players were emotional with the end to their season.

Peterson said, “I’m so proud of our girls. They fought hard all year long. We figured out where our weaknesses were and made some corrections. We made a good run. Unfortunately, it wasn’t as far as we wanted to go, but it was a good run.”

The Falcons graduated 10 seniors from last year’s state finalist squad, and they have worked hard all season to find the right chemistry that has enabled them to blend as a team and be successful.

Skyridge finished the year at 10-10. Their tournament triumphs included beating Taylorsville (9-1), Pleasant Grove (1-0) and Fremont (2-1) to reach the semifinals.