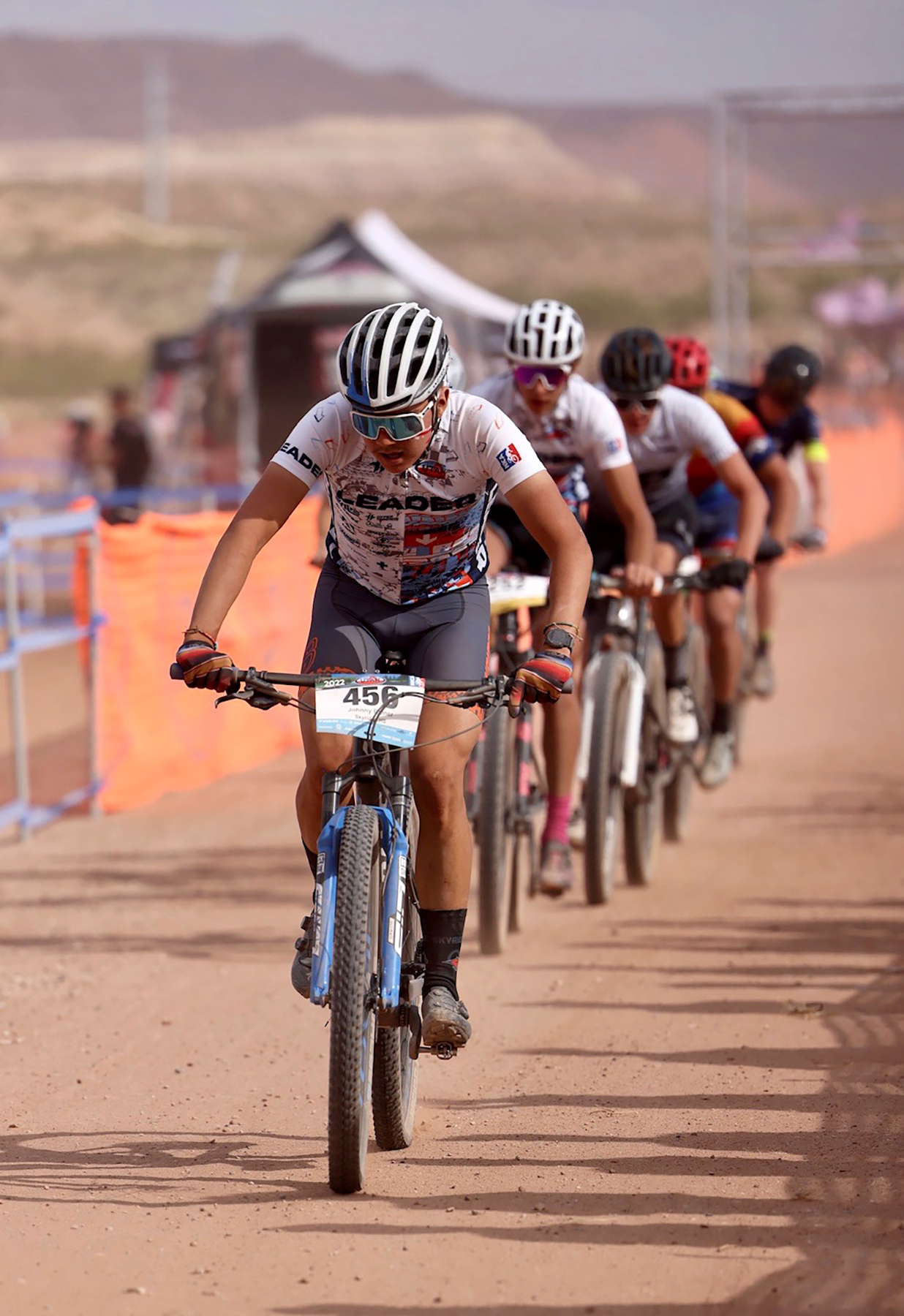 The two Lehi-area mountain biking teams competed in the Utah state championship last weekend (Oct. 21-22) in St George with Skyridge finishing in sixth place and Lehi in 11th place out of the 23 teams in High School Division 1.

Conditions on the course became very challenging for the later racers on Saturday, who had to compete against high winds and blowing dust in addition to each other.

The Falcons weren’t too far behind with a tally of 4294. In just their second season at this level of competition, the Pioneers earned 3976 points.

Each of the riders earned points based on where they finished along with which division of competition they raced in. The top 16 point-getters for each team are used to determine the team total.

The highest local finisher was Skyridge’s Johnny Rainer, who claimed the silver medal in the boys varsity race for 299 points and came in less than two minutes behind the leader from Morgan.

Here are the other scoring riders for the Falcons in order of team place and point totals. The competition category is given after each name.

“I’m so proud at how remarkable the team did this past weekend at State,” said Coach Tap Gorman. “I’m always amazed on race day at the determination and grit that these young student athletes have.

“They have learned to push through physical pain and mental toughness for 60 to 90 minutes, all while their hearts are racing at over 200+ BPM (beats per minute),” he continued.

“They race in the heat, cold, rain and like this past weekend, a heck of a lot of wind and dust; they know how to suffer and overcome adversities, both on and off the bike,” Gorman said. “I couldn’t be more proud of each and every one of them.

“We had 85 Skyridge racers leave it all out there on the trail this weekend,” the coach said. “They gave it everything they had, and then some. It was a crazy couple days of racing. It has been such a pleasure to coach these fantastic athletes who put fun, friendships, and kindness above competitiveness.

“We are fortunate to have a league like the Utah NICA league that fosters such behavior in its community,” Gorman concluded.

The top points-earner for the Pioneers was Jacob Rasmussen, who came in 16th in the boys varsity race for 285 points. Here are the team’s other scorers.

For more information on the local teams, check out http://www.skyridgemtb.com/ for Skyridge or https://www.lehimtb.com/ for Lehi.