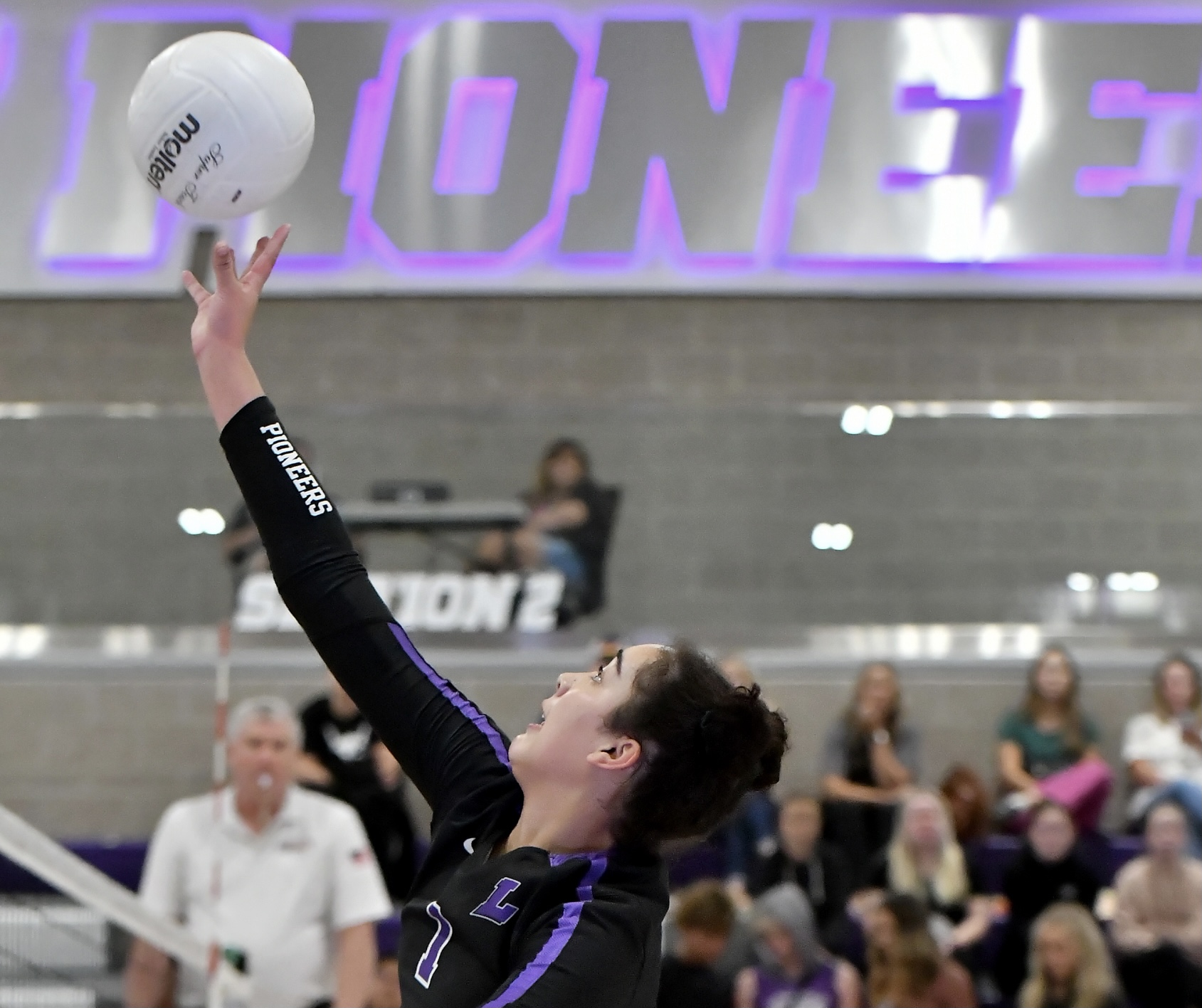 Here’s how each Lehi-area volleyball team is positioned.

MaxPreps ranking: 4 in 6A, 8 statewide

Prospects: After a strong start to the season which had them leading in the 6A RPI rankings, the Falcons finished second only to undefeated Lone Peak in rugged Region 4 and ended up in fourth in the final RPI list. They are still a formidable team and could surprise anyone during the tournament. Skyridge will open the playoffs on Thursday against the winner of #13 Farmington (14-11) vs. #20 Roy (9-14). They are scheduled for a 9 a.m. match on Court 3 in the UCCU Center at Utah Valley University, the venue for the tournament. Win or lose, they will play a second match at noon, with the court assignment depending on results from the first contest. The top seed from the other side of their bracket section is #5 Davis (21-7).

Prospects: The Pioneers had a challenging season in Region 8 competing against four teams which finished in the 5A RPI top 10, so they may be tougher than the record makes them look. Lehi’s first playoff challenge will come against #14 Spanish Fork (9-10). They will play the Dons at their place Tuesday at 6 p.m. The winner of that match faces #3 Maple Mountain (12-2) Thursday at 5 p.m. on Court 3 in the UCCU Center at Utah Valley University.