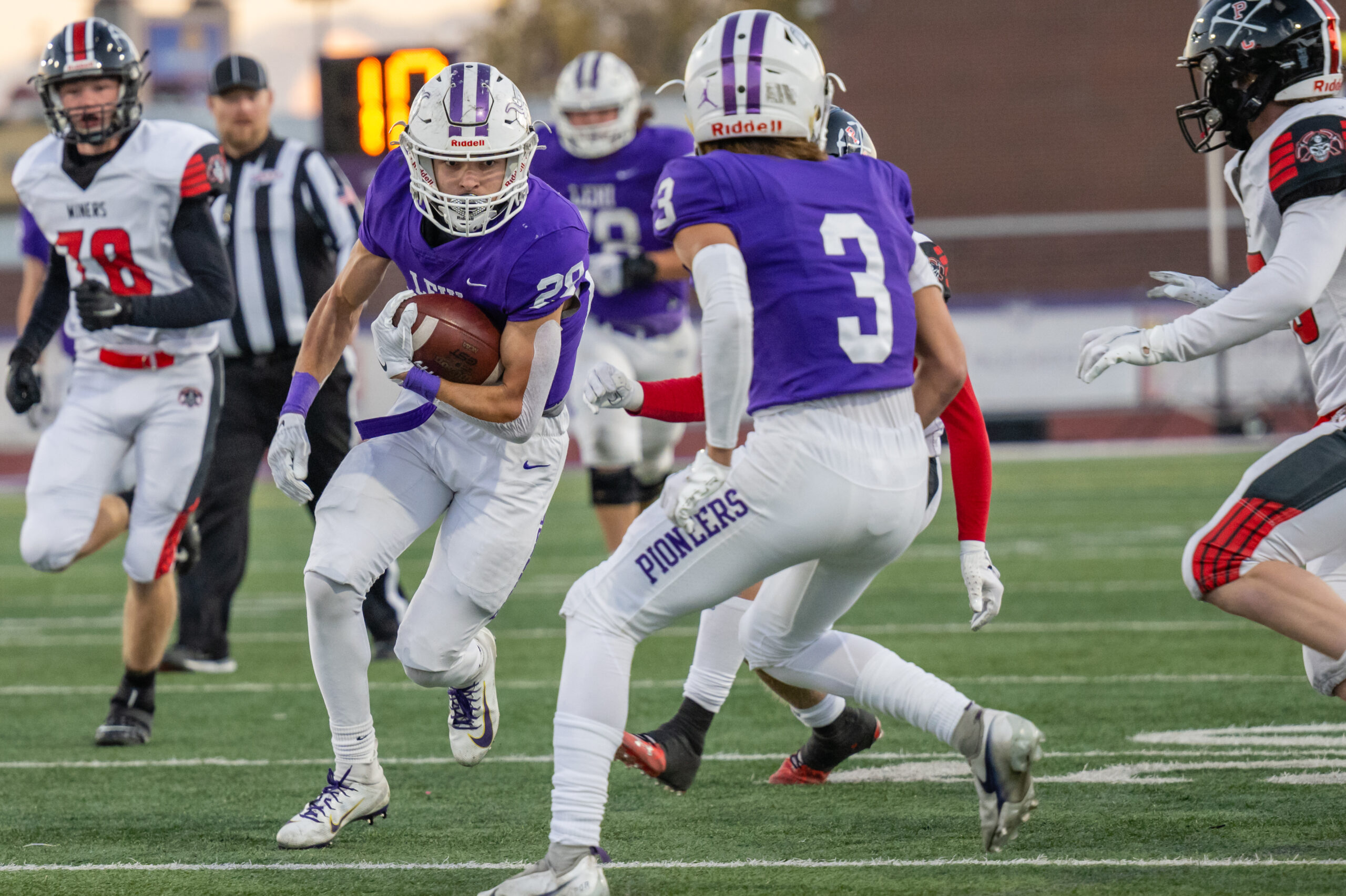 The Lehi football team controlled every aspect of the second-round playoff game against #16 Park City (8-3) and rolled to a 40-6 win tonight (Oct. 28) at home.

The Miners got the ball first but were forced to punt in just a couple of minutes and the Pioneers started with a short field at the Park City 41-yard line.

It didn’t take long for Lehi to put points on the board either. Senior quarterback Jackson Brousseau connected with senior wide receiver Fernando Ruelas for a 25-yard touchdown in short order and senior kicker Nate Shepherd added the PAT to give the Pioneers an initial 7-0 advantage.

The Miners were able to move the ball for a few minutes during their next possession but ended up having to punt again.

This time Lehi capped a 91-yard drive with a 24-yard touchdown toss from Brousseau to junior running back Isaiah Allen early in the second quarter to move ahead 14-0 after the Shepherd PAT.

Three minutes later, senior linebacker Hema Katoa recovered a fumble at midfield and the Pioneers quickly capitalized as senior wide receiver Kolton Tanner collected a 50-yard reception for a score to push the margin to 21-0.

The teams traded the ball a couple of times before Shepherd topped off the scoring for the half with a late 32-yard field goal to make it 24-0 at the break.

Lehi started with the ball in the third quarter and took about a minute to widen the margin. Freshman running back Devaughn Eka was the target this time as he caught an 11-yard touchdownpass from Brousseau and Shepherd’s kick made it 31-0.

The Pioneers then chewed up the clock with a long drive starting on their own 7-yard line. Senior running back Carson Gonzalez ran it across from the 11-yard line to make it 37-0 with less than a minute left in the period. The kick missed so that’s how the score stayed.

With nine minutes to play, senior defensive end Will McCleary intercepted a Miner pass and

Lehi took over at the Park City 22-yard line. This time the Pioneers were held out of the end zone and settled for a 32-yard field goal to make it 40-0.

The Miners eluded a shutout with a touchdown against the reserves with less than a minute to play but missed the PAT, leaving the tally at Lehi 40-6.