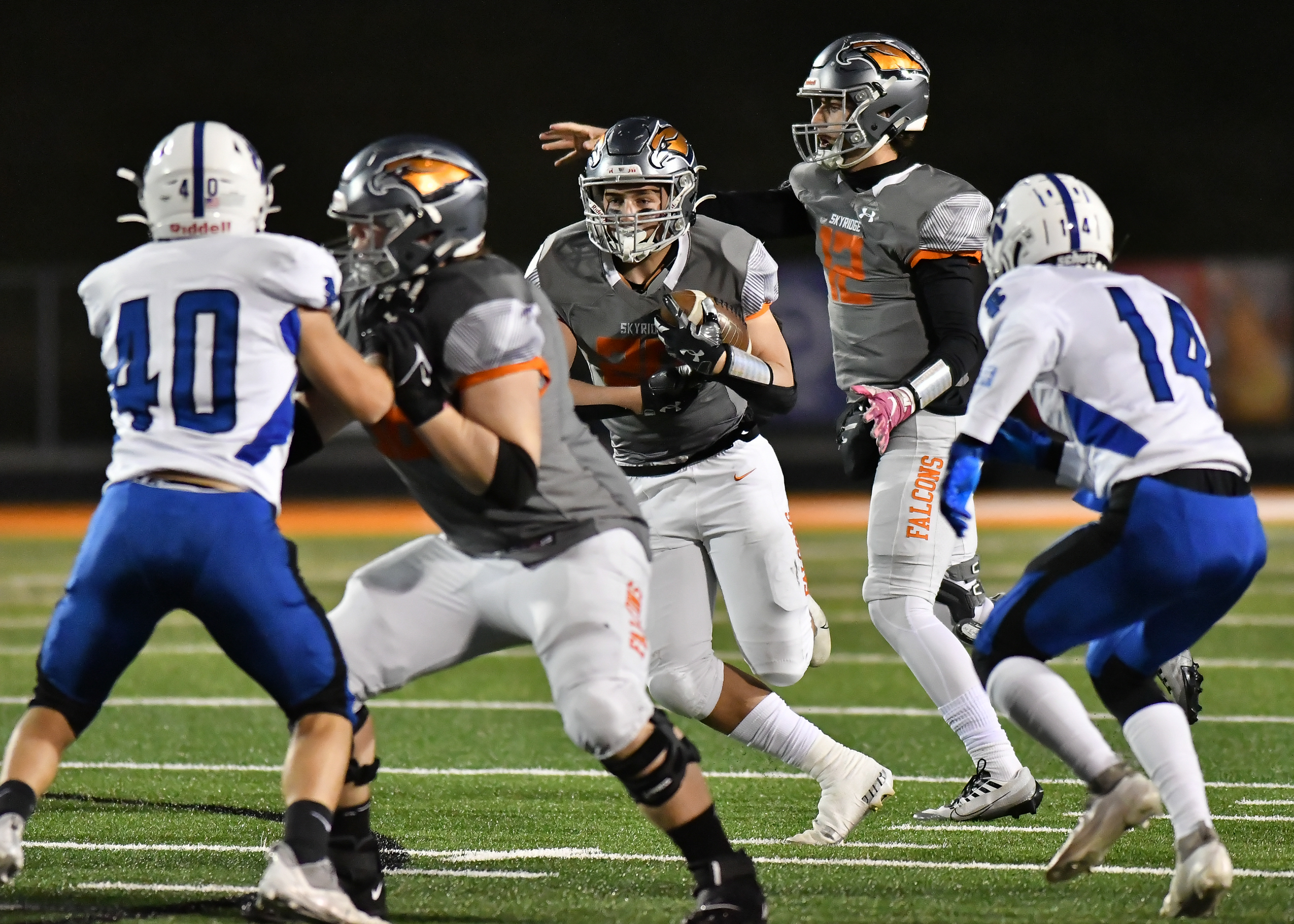 The Skyridge football team soared to the quarterfinals with a convincing 43-7 victory over Fremont in the second round of the 6A playoffs Friday (Oct. 28) evening at home.

The Falcons saw four different players record a rushing touchdown and the unyielding defense limited the Silverwolves to seven points.

Davis ended the game with two scores while senior wide receiver Cannon Jensen added to the points with a 12-yard touchdown catch. The offense was energetic and executed well,routinely gashing the Fremont defense for big gains.

Skyridge Head Coach Jon Lehman said, “Trent marched down the field and made some plays. Everyone really chipped in and contributed tonight.

“Josh Davis had two touchdowns and he even got to run the sneak play that the team has been talking about all season and haven’t run till tonight,” the coach continued. “It was a good game from him, and he did a good job owning the middle of the field and made big plays.”

The defense was never in jeopardy of giving up points to the Silverwolves until late in the fourth quarter playing with the backup squad.

“It was a good win for playoffs,” Lehman said. “Defensively, we played really clean and aggressive in the first half with four interceptions. Prior to halftime we put the ball in good situations for our offense.”

Davis said, “This was a great game, we came around and we all played so well as a team. Our line was moving their D-line and we were getting a great push. Our running back had some great runs and Trent was zipping the ball all over.

“Cannon had seven great catches and we were firing on all cylinders.” He added, “We were ready to play tonight, we game planned all week and watched film. We came out on fire.”