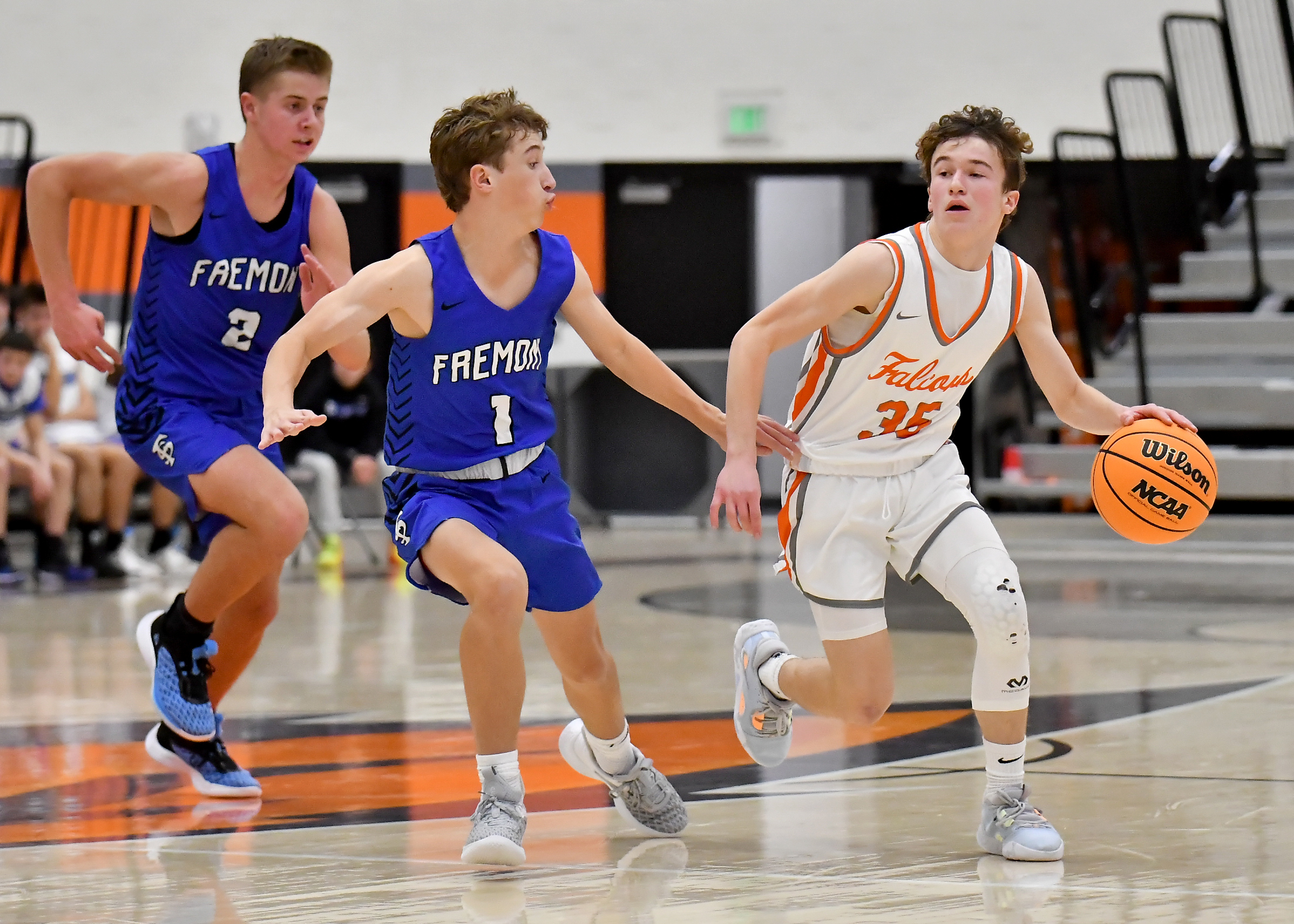 The Skyridge boys basketball team played two of the top teams from Region 1 in exciting contests last week, winning one and dropping the other.

This game was tightly contested all the way through. The home school was up 15-11 at the end of the initial quarter. The teams dueled even through the second period, so the gap remained the same at the break when the Lancers took a 28-24 advantage to the locker room.

At the end of the back-and-forth third quarter, Layton still owned the lead at 45-40, but the Falcons had already started a late surge and outpaced the Lancers in the final period to pull out the victory.

“On Tuesday we had a great come-from-behind win against Layton on their home floor,” the coach continued. “Our execution was really solid down the stretch, and we were able to outscore them by 15 in the last 10 minutes of the game.”

At home against the Silverwolves, the Falcons started hot to lead 19-14 at the end of the first quarter and 37-27 at the half. However, the visitors were able to make up the gap in the third period and limited Skyridge scoring to single digits in the final stanza to get the win.

“On Friday we lost a tough game to Fremont,” Gardner said. “We led most of the way, but we were unable to finish it off. We had some costly turnovers and missed shots in the fourth quarter and our defense was not as sharp as it needed to be.

“We look forward to getting back at it at the Damien Classic next week,” the coach concluded. The Falcons will compete in the Silver Division against California schools in venues around La Verne, located between Los Angeles and San Bernardino.