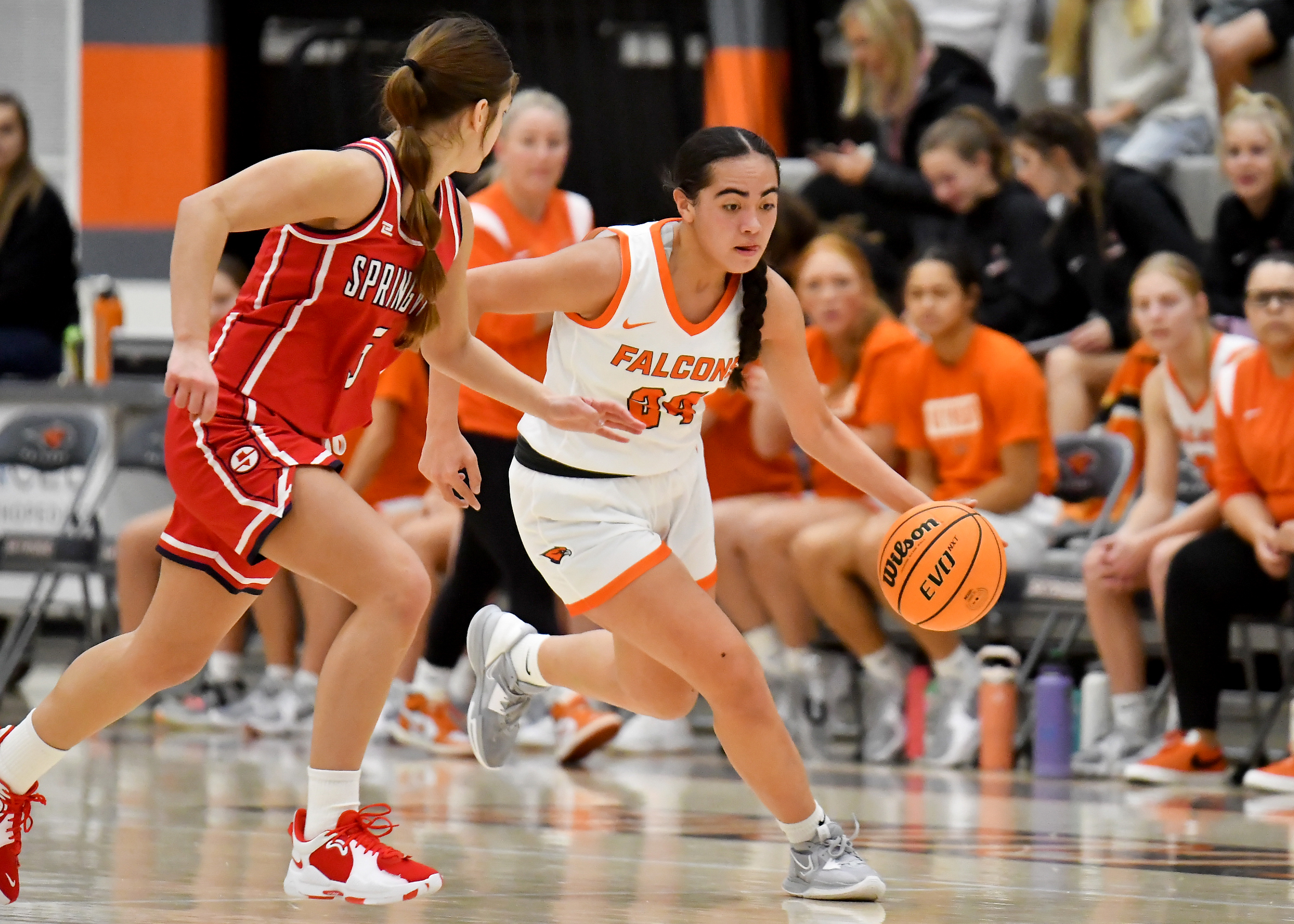 The Skyridge girls basketball team earned a pair of solid victories in non-region action last week, one at home and one on the road.

The Falcons started well and outscored the visiting Timberwolves in every quarter to post a comfortable win. They led 18-11 after the first stanza and 30-20 at the break.

“Tuesday we were able to have a night dedicated to former Skyridge basketball and soccer player Lauren Bradshaw, who passed away in a car accident this fall on her way back to college at USUE where she was playing soccer,” said Coach Shaylee Nielsen.

“We played back- to-back with the boys and had a video tribute between games and had shirts for both the boys and girls teams to wear during warmups with Lauren’s name and number on them,” she continued.

“We were really appreciative of the Timpanogos girls team for joining us in honoring Lauren by wearing purple ribbons in their hair,” Nielsen added. “Our team played well and we were able to get the win.”

The Falcons fashioned strong efforts in the first and third quarters which gave them a cushion and allowed them to hold on for the victory when the Mustangs made a late run. Skyridge was up 19-13 at the end of the first period, 34-28 at the half and 57-42 heading into the final stanza.

“On Friday we played a really great team in Herriman,” Nielsen said. “They are an incredible shooting team and we had our struggles with limiting their attempts, but I was really proud of our girls for a strong defensive effort.

“They were able to force over 20 turnovers and capitalize on the extra possessions,” the coach added. “We had a balanced scoring attack like usual and that helped us secure the win.”