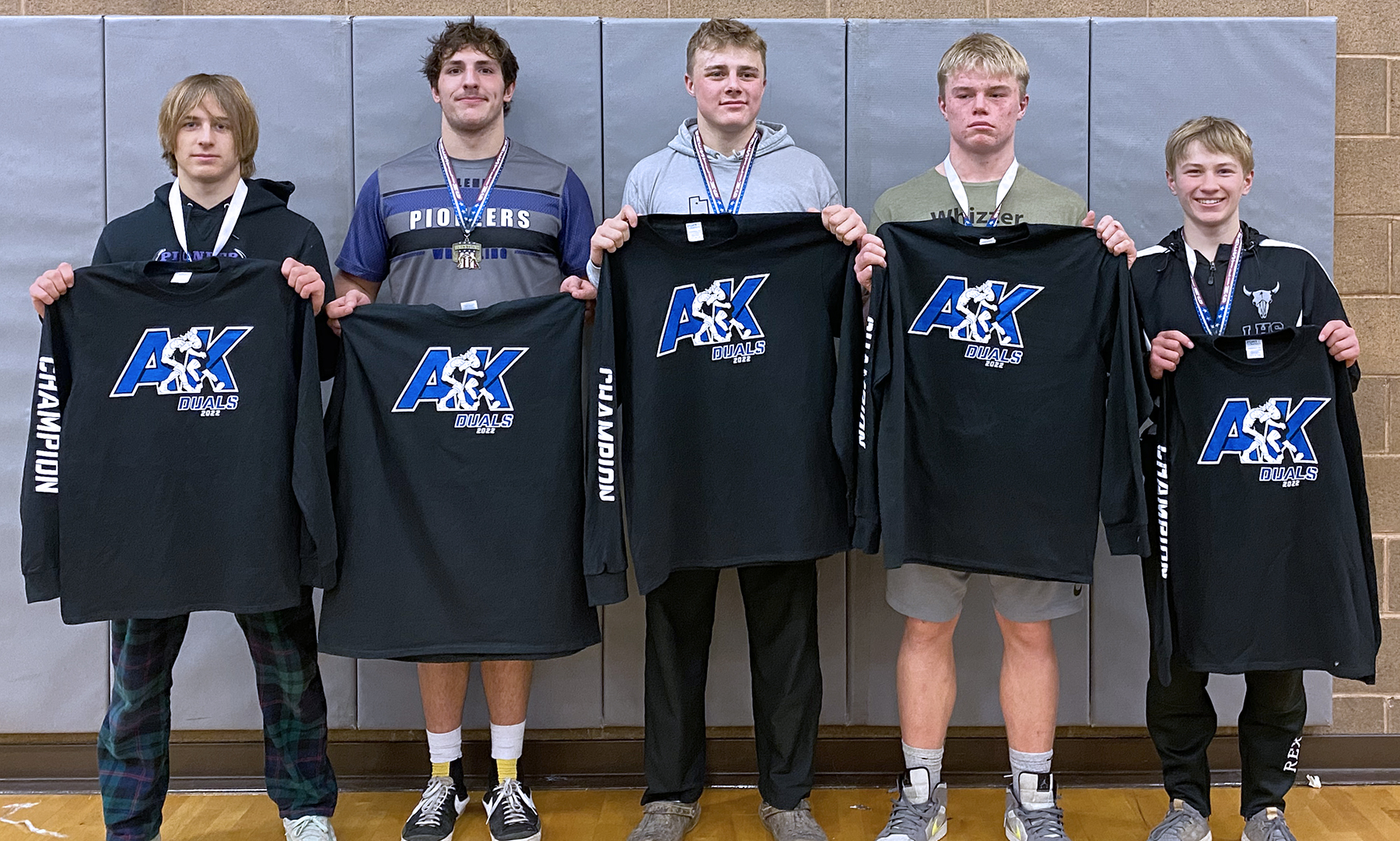 The Lehi boys wrestling team competed at the Stansbury AK47 Dual Tournament on Dec. 9 and 10 and finished second in a field of 12 schools.

The Pioneers had five bracket winners among 10 overallindividual medalists. As a team, Lehi scored 114 points to finish behind South Summit at 132.5. The host Stallions were third at 75.5, Riverton was fourth at 64.0 and Herriman fifth at 60.5 points.

The top two finishers in each weight class of each pool qualified to advance to the cross-bracket tournament on Saturday. Here are the results for Lehi’s entrants:

In the 106 weight class, Anthony Eav finished with a silver medal and scored 12.0 team points. He was pinned by Benjamin Ploehn (Stansbury) in the final match.

At 126, Gunnar Richins won by decision over Daniel Gull (Stansbury) 9-7 to capture the bronze medal with 7.0 team points.

In the 144 bracket, Parker Robinson lost by major decision to Zachary Nope (Copper Hills) 11-3 to finish in fourth place with4.0 team points.

Ammon Cannon earned gold in the 150 weight class with 16.0 team points. He won by decision over Payton Yates (Grantsville) in a thriller 1-0 to get the medal.

At 190, Will McCleary scored 18.0 team points as he also won his bracket title by earning a decision over Carson Grundy (Herriman) 10-4.

The Pioneers captured two of the top four spots in the 215weight class. Cole Eldredge won by decision over Ian Rogers (Stansbury) 8-3 to finish first with 18.0 team points.

He topped teammate Parker Elswood to reach the final. In the third-place match, Elswood was defeated by Lione Hola (Kearns) with a 10-3 decision to finish with 4.0 team points.

Lehi also had two top-four finalists in the 285 bracket. Isaac Terrell earned the most points for his team with 20.0. He won the championship match by fall over Brendan Rasmussen (Idaho Falls) at 3:31.