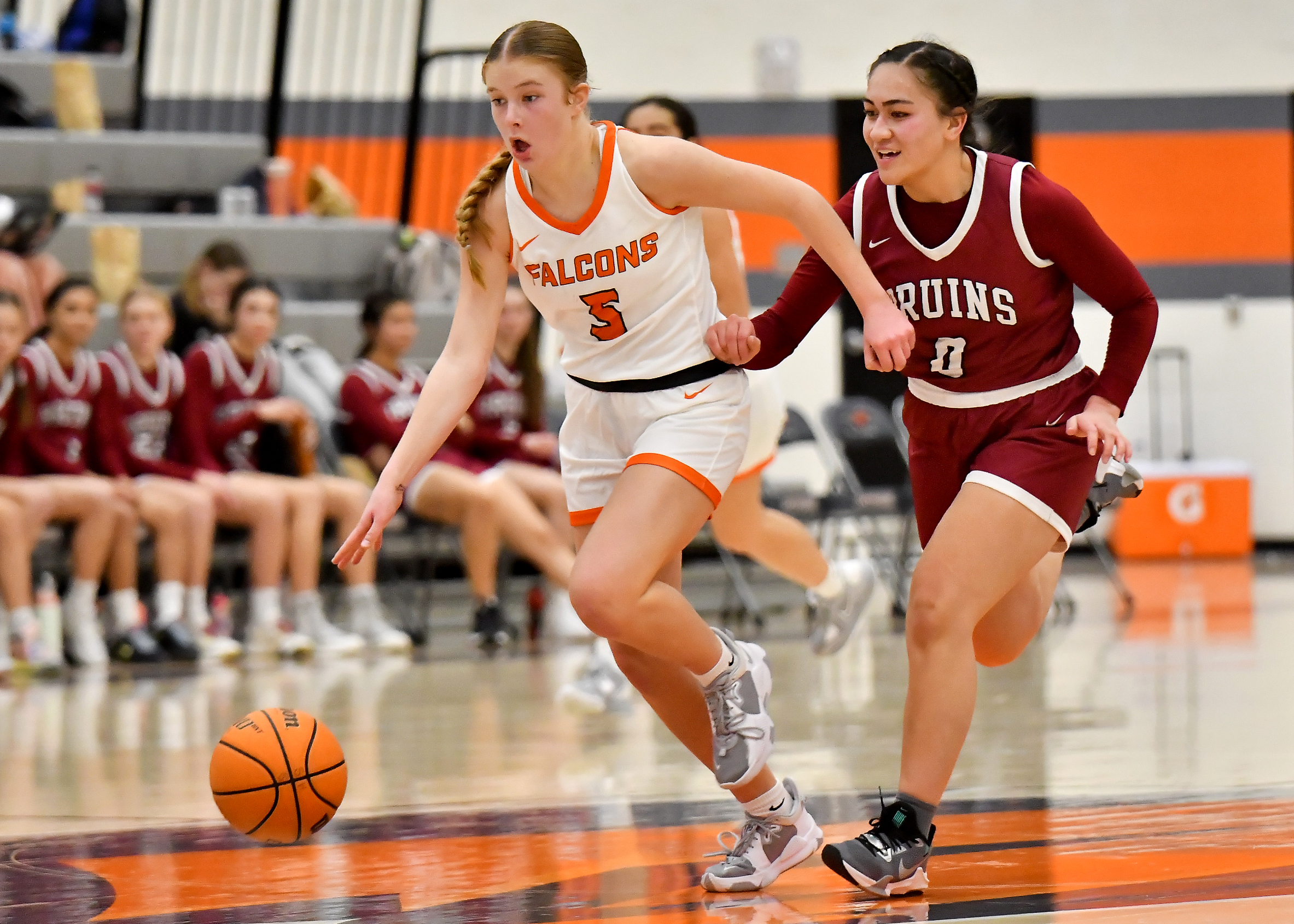 The Skyridge girls basketball team got two more victories in non-region contests, one at home last week and one in the first contest of their appearance at the Tarkanian Classic in Las Vegas this week.

The Falcons held the Bruins to single digits for three quarters and scored in bunches themselves to earn a comfortable win at home. They led 19-8 at the end of the first quarter and were up 35-12 at the half.

Neither team was able to get much separation as they battled in the Diamond bracket of the Nevada tournament. The Falconshad a 30-29 edge in the first half and outscored Liberty by a single bucket after the break to cement the victory.

Senior post Donya Perkins led the scoring effort with 17 points while Sika posted a double-double of 12 points and 12 rebounds plus five steals and Blackham added 12 points with three assists and three steals before fouling out. Mili collected six boards.

“Tonight was a hard-fought win,” said Coach Shaylee Nielsen.“We played a really tough team, and it was close the whole game.

“Our free throws were terrible and would have given us the ability to pull away but I was proud of the way they kept fighting and found a way to win,” she added. “Donya Perkins had a big game and made key baskets. Abby Hymas handled their pressure and kept our team composed throughout the game.”