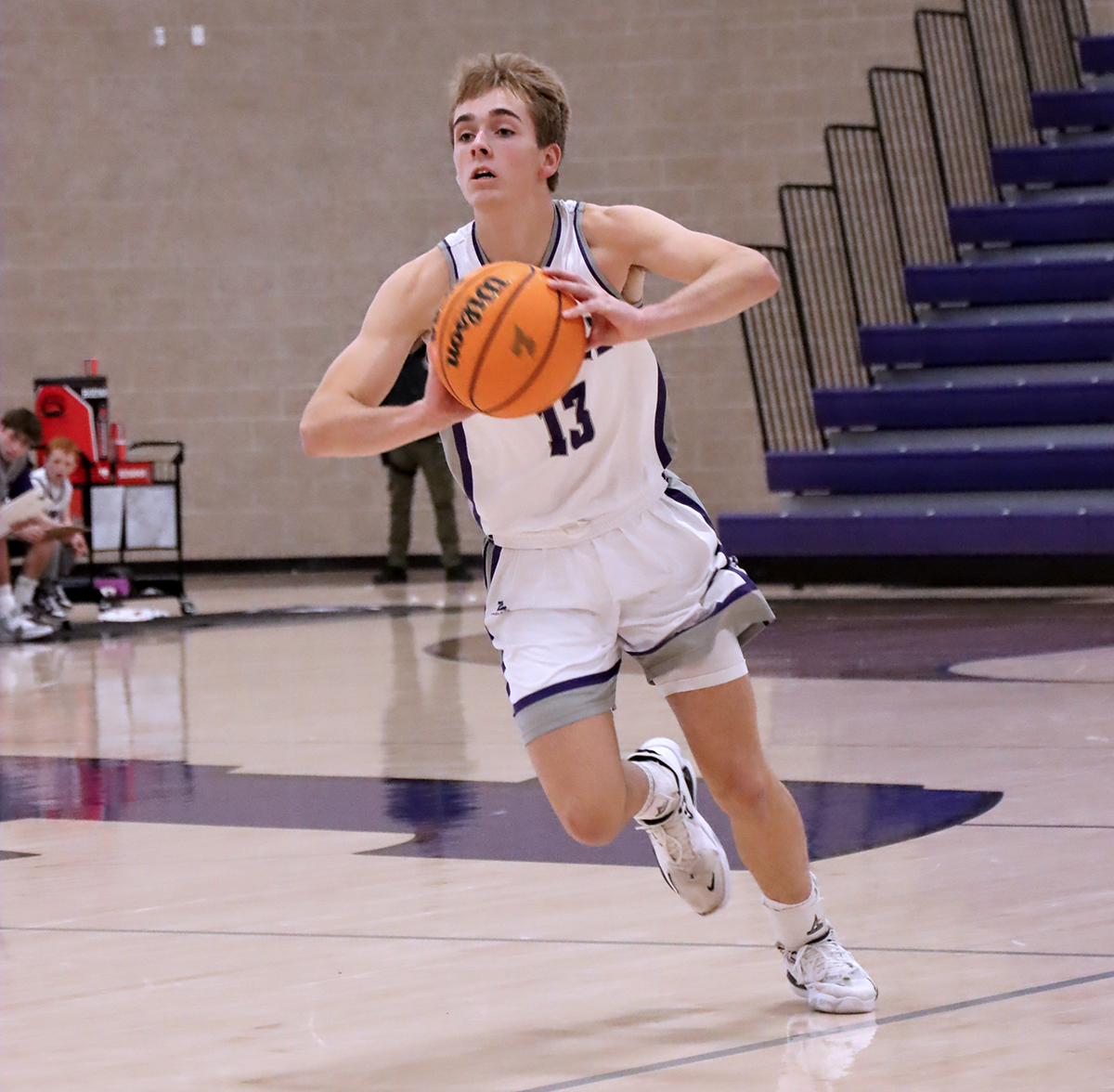 The Lehi boys basketball team lost a one-point thriller on the road and then earned an ugly win at home in advance of this week’s tournament in California.

The Pioneers outscored the home squad 35-28 after the break but a weak effort in the second quarter proved to be too much to overcome.

“We did some good things on offense but we didn’t play defense for a half,” said Coach Quincy Lewis. “We were up by three with three minutes to play and missed two layups that could have pushed us ahead by five each time. Salem is a top seven or eight team in 5A and they held us off on their court.”

The visiting Golden Eagles started strong and built an early lead at Lehi, but the Pioneers earned a 16-5 scoring edge in the second quarter to give them a 10-point lead at the half.

Maple Mountain closed to within five points twice in the fourth quarter but some good team defense and some tough offensive plays from Lewis as the clock was winding down allowed the home squad to hang on for the win.

Lewis finished the game with 15 points, nine rebounds, four assists, five steals and a block. Hawkins contributed 11 points and three boards while senior Tanner Cook had a nice outing with seven points and some active defense off the bench.

“It wasn’t pretty but we figured out how to get a win,” said Coach Lewis. “We played good defense when we needed to and Cooper made some big plays down the stretch.”

The Pioneers are playing in the American Division of the Holiday Classic in Torrey Pines, California, this week. In addition to teams from the host state, other potential opponents in their 16-team bracket include schools from Ohio, Texas, Nevada, Washington and Arizona.

According to the MaxPreps rankings, the Lehi boys team has played the toughest schedule of any squad in the state so far except for Wasatch Academy, a private school traveling team.