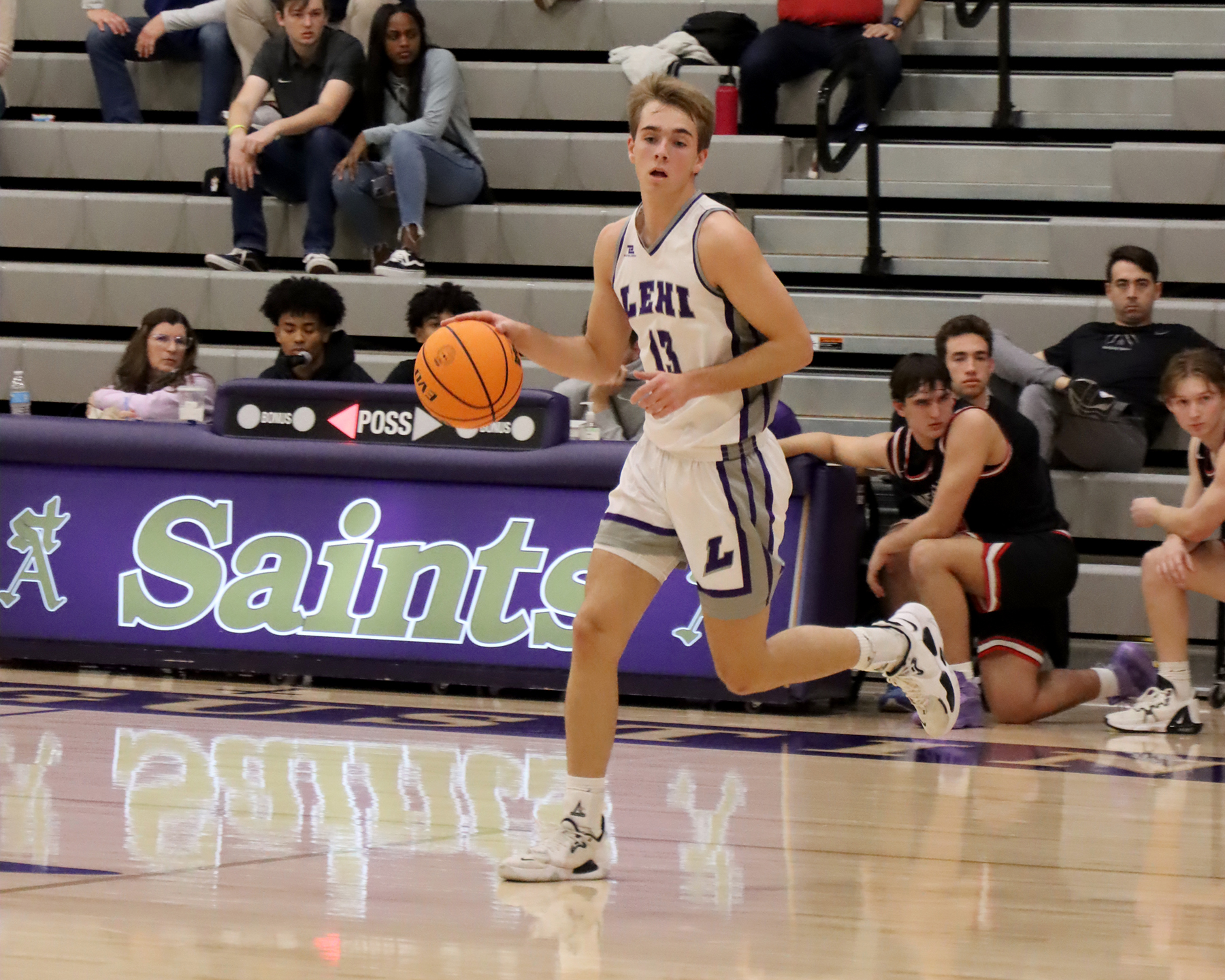 The Lehi boys basketball team started the Holiday Classic tournament in California with a 54-41 victory over Memorial High School from the Houston (TX) area.

After not reaching the hotel until nearly 3 a.m. Lehi time, the Pioneers had an 11 a.m. contest at St. Augustine High School in San Diego.

The players were getting the looks they wanted offensively but the shots weren’t falling in the early stages of the game and the first quarter ended with Lehi trailing 9-11.

However, senior Tanner Cook came off the bench and scored seven straight points to push the Pioneers in front 16-11 at the start of the second period and they never looked back. They led 26-20 at the half and 42-27 at the end of the third quarter.

junior guard Cooper Lewis was named Player of the Game with 25 points including five treys and also had four steals. Cook finished with 12 points on 5-of-6 shooting along with four assists. Junior forward Grayson Brousseau had a great floor game with four points, 10 rebounds, four assists and three steals.

“That was a really good win for our team,” said Coach Quincy Lewis. “The film we were able to get didn’t show the offense we saw today and they ran it very effectively. However, our guys are experienced and they were able to make the necessary adjustments as we went along.”

The Pioneers play again tomorrow at 7 p.m. local time with the opponent to be determined by the outcome of an evening contest today.