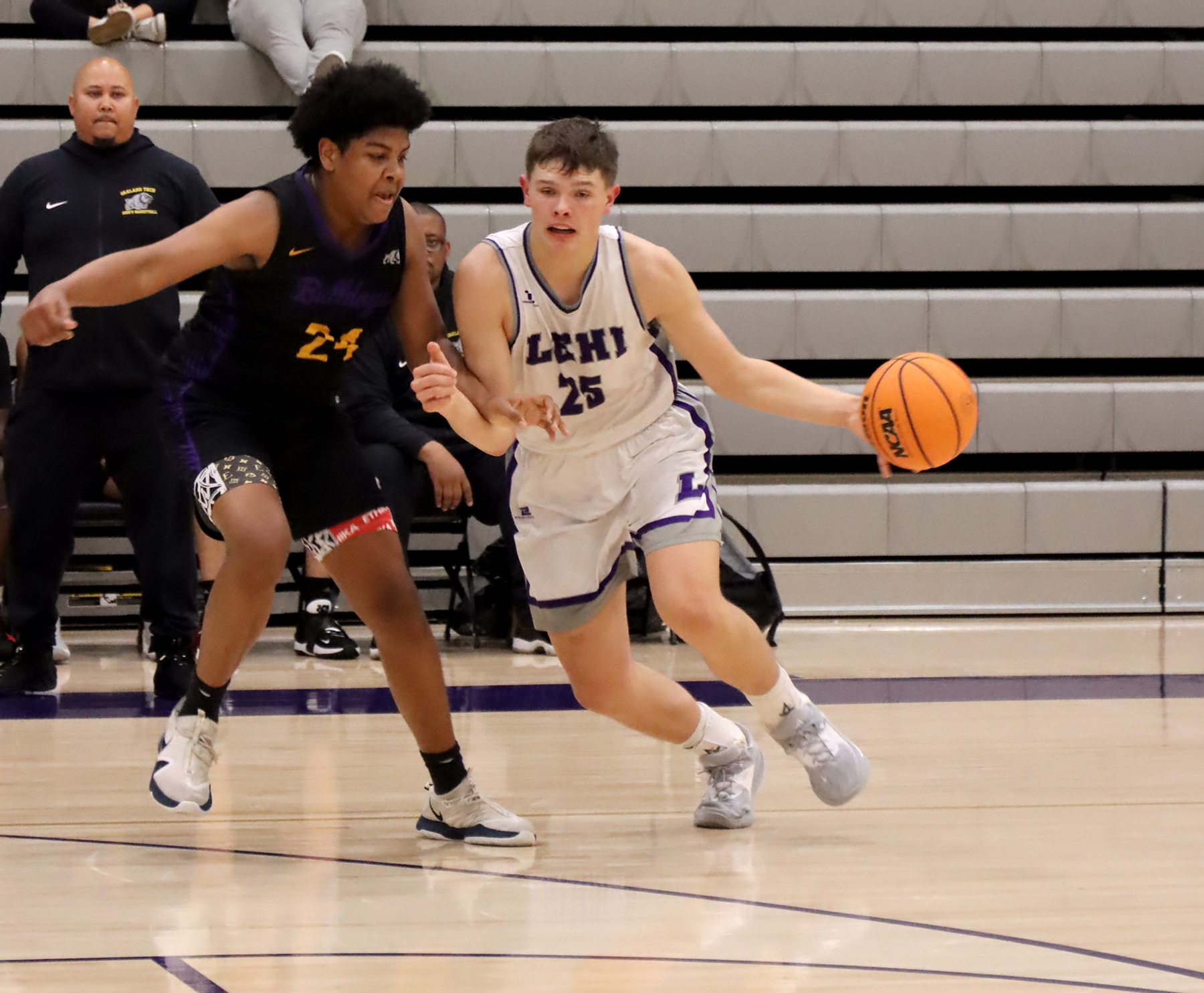 The Lehi boys basketball team got off to a hot start against Oakland Tech (CA) in Wednesday night’s matchup at the Holiday Classic tournament and went on to a 77-47 victory in the bracket quarterfinals at St. Augustine High School in San Diego.

The Pioneers ran off six quick points in the first minute of the contest and were up 16-1 after just three minutes. They held the Bulldogs to just two field goals in the initial period and led 24-8 entering the second quarter and 41-20 at the break.

Despite full-court pressure for most of the game, Lehi held its ground, consistently won the battle of the boards and continued to widen the advantage the rest of the way.

Junior guard Cooper Lewis was again named Player of the Game with 26 points including four triples and also had seven assists and six steals. Senior forward Preston Varner took advantage of their defensive attention on Lewis and burned the nets for 19 points with five treys plus six rebounds and three blocks. Junior forward Grayson Brousseau had another solid all-around outing with eight points, eight rebounds, four assists and a pair of steals. Senior guard Braxton Hawkins scored six with four boards, five assists and a block and sophomore brother Easton Hawkins added seven points in big minutes off the bench.

“We came out with really good focus against a team that had played really well the night before,” said Coach Quincy Lewis. “We controlled the tempo, broke their press and got the shots we wanted.”

The offensive efficiency was jaw-dropping as the Pioneers made 55 percent of their attempts overall and were 74 percent inside the arc.

Lehi plays again Thursday at 7 p.m. local time in the semifinals of the American bracket.