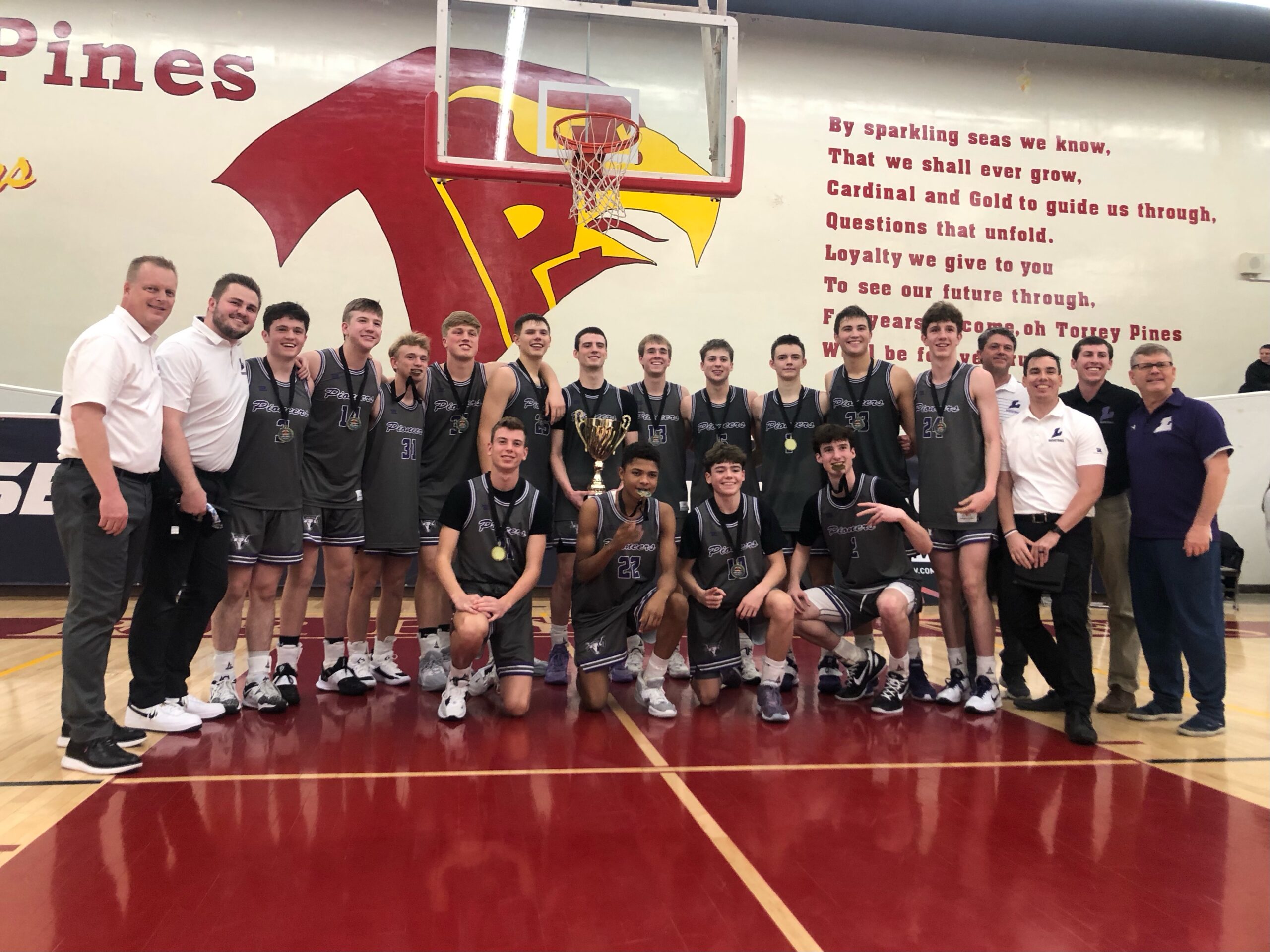 The Lehi boys basketball team played outstanding defense and made the offensive plays when it mattered to close out a thrilling 50-44 victory over Los Angeles power Westchester and thus earn the Holiday Classic tournament title in the American bracket at Torrey Pines High School Friday night.

It took a little time for the Pioneers to get their offense clicking but they still managed to get the first six points of the contest and led 14-7 at the end of the first quarter. The Comets closed to within three points by the break.

Westchester was trailing by just four points with 4.3 seconds left in the third quarter when junior guard Cooper Lewis hit a triple off an inbounds play to give his team a bit more cushion.

The Pioneers then locked down their opponents and made enough of their free throws down the stretch to close out the week’s effort on a high note.

“We didn’t shoot as well as we were capable of but some of that was because of their length,” said Coach Quincy Lewis. “Really our half-court defense is where we won this game. We only allowed eight points in the fourth quarter when we had to have stops.”