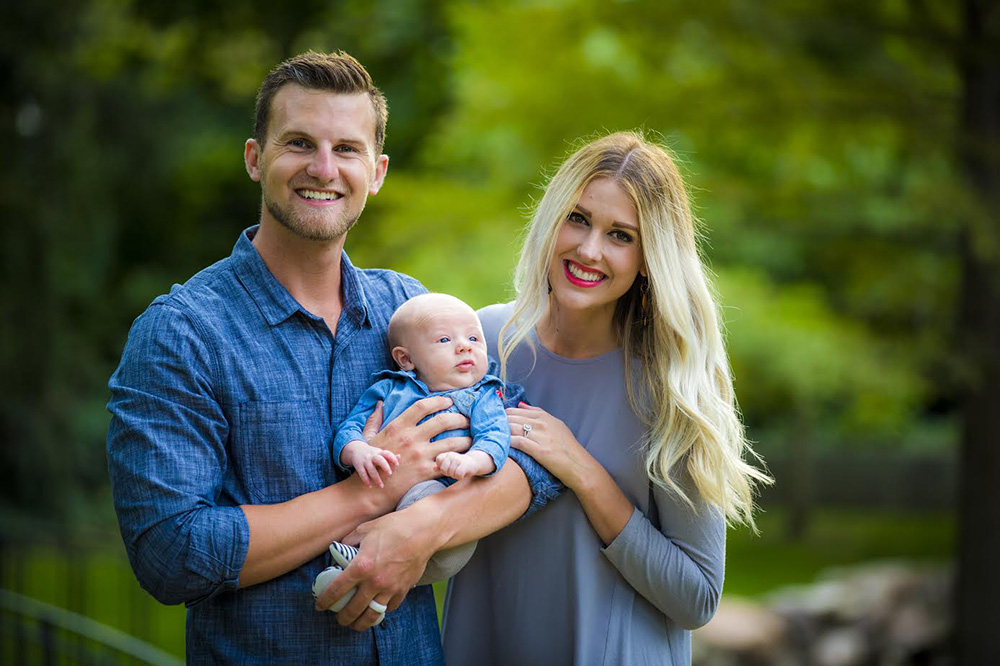 Lehi residents Tyson and Hayley Henderson were recently on a television show called “The Steve Harvey Show,” where Tyson was one of three men competing for the title of “Most Romantic Man in America.”

Tyson Henderson is a videographer for the YouTube extreme sports channel “devinsupertramp.” He made a video of his marriage proposal to Hayley that ended up going viral on YouTube with over seven million views. The Hendersons were approached by the producers of the Steve Harvey Show to participate in the contest. Hayley made a video “nominating” Tyson for the title and they were flown to Chicago to tape the show.

The episode of the Steve Harvey Show began by Harvey explaining, “Women want men who are willing to show how strongly they feel about them. We’ve found men who have gone above and beyond to sweep their wives off their feet.” Each of the couples were introduced in a short video with their wives explaining why their husbands are romantic. Hayley talked about Tyson recording their lives in short, sweet videos he creates. “He makes me feel like I’m the star of the cutest romantic movie ever made,” she said.

In advance, the Hendersons were given the questions Steve Harvey would ask them on the air so they could rehearse their answers and so none of the couples told the same, or similar stories. Tyson remembers being backstage with the two other men, pacing and being very nervous. The men had make-up on their faces to hide their blushing or turning too pale. “I’m in front of the camera all the time, but this made me so nervous! I couldn’t remember the answers I’d rehearsed,” Tyson said.

The Hendersons were the final couple to tell their story during the show and the second couple really knocked it out of the park. Producers encouraged Hayley to cry when she told their story, but she and Tyson didn’t think she could or would. Once they were on camera and sitting next to Steve Harvey, though, Hayley got emotional talking about Tyson saving the receipt that he’d written her phone number on. When Harvey asked Tyson why he records their life together Tyson said, “There are so many special moments I don’t want to lose. Hayley still cries every time she sees our proposal video – I love that we can re-live that moment and feel the emotions again.” During their final interviews on stage, Tyson dipped Hayley and gave her a big kiss because “actions speak louder than words.”

Tyson Henderson ended up being the Second Most Romantic Man in America, but he and Hayley still get a fun weekend at a Florida Resort on the Steve Harvey Show. And the satisfaction that he’s probably the most romantic man in Lehi.

Point of the Mountain workshop held