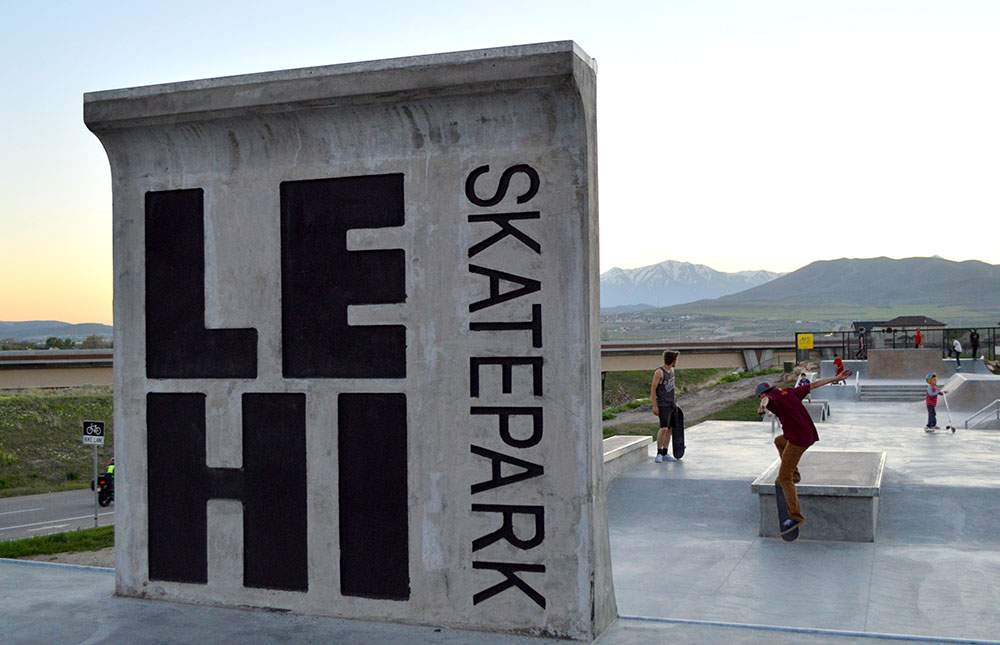 Lehi City’s new skate park at 1918-2006 West 2100 North in Lehi has been open for the last several weeks while final additions have been made to the landscaping. For skaters all over the valley, the Spohn Ranch, Inc. designed, state-of-the-art park is an exciting new place where they can test their skills and make friends. However, some residents of nearby neighborhoods who fought last summer to keep the skate park from being constructed, are finding some of their fears materializing.

The skate park location just off 2100 North and across the street from an LDS stake center used to have a neighborhood library, playground equipment for small children, and basketball courts that were used by several groups, including a special education class. By the time residents in the area heard about a skate park replacing their neighborhood park, the city had already approved the site. Neighbors came to members of the city council and the parks department to voice their concerns after they had done extensive research in other neighborhoods in Draper and Orem where skate parks are currently located.

A pair of kids enjoying the new Lehi Skatepark.

“We got the feeling that they’d already made up their minds and we wouldn’t be able to stop them from putting the skate park here,” said Janelle Ehat, a resident of the neighborhood just north of the skate park. Concerned neighbors were assured that the curfew and noise ordinance would be enforced. It took about a week of skaters enjoying the park around the clock and residents of the townhomes right next door calling the police multiple times a night before the curfew was respected.

One of the main concerns about the skate park for nearby residents was the possibility of higher incidences of crime. Since the skate park opened many cars have been broken into and there has been one home robbery. Most of the people who come to the skate park are not from Lehi and there isn’t much of a chance that they would be recognized. The parking lot for the skate park is inadequate, so the LDS stake center across the street has been used by some for parking and bathrooms facilities. Ehat, and many other residents, are hoping the crime and disruption in the neighborhood will die down after the novelty of the new skate park wears off.

The skating community from Salt Lake to Provo was buzzing about the Lehi Skate Park long before the park was completed. Ethan Burrows, an 18 year-old University of Utah student and Bluffdale resident, loves the new skate park. “This is a really creative, distinctive park. I’m happy it’s here in a good neighborhood where kids can grow up learning to skate on a great course like this,” said Burrows. The skating community is very diverse, with older dads who are anxious to teach their kids what they know, college-age young men and women looking to sharpen their skills and enjoy spending time with other skaters, and everyone in between.

The Lehi Skate Park has a quarter pipe with a sheer 12-foot vertical drop that even experienced skaters find intimidating. “I’m not about that!” said Burrows of that particular obstacle at the park. Lehi’s skate park is getting great reviews from all over the valley. It’s a new challenge and an interesting combination of obstacles that skaters can’t wait to conquer.