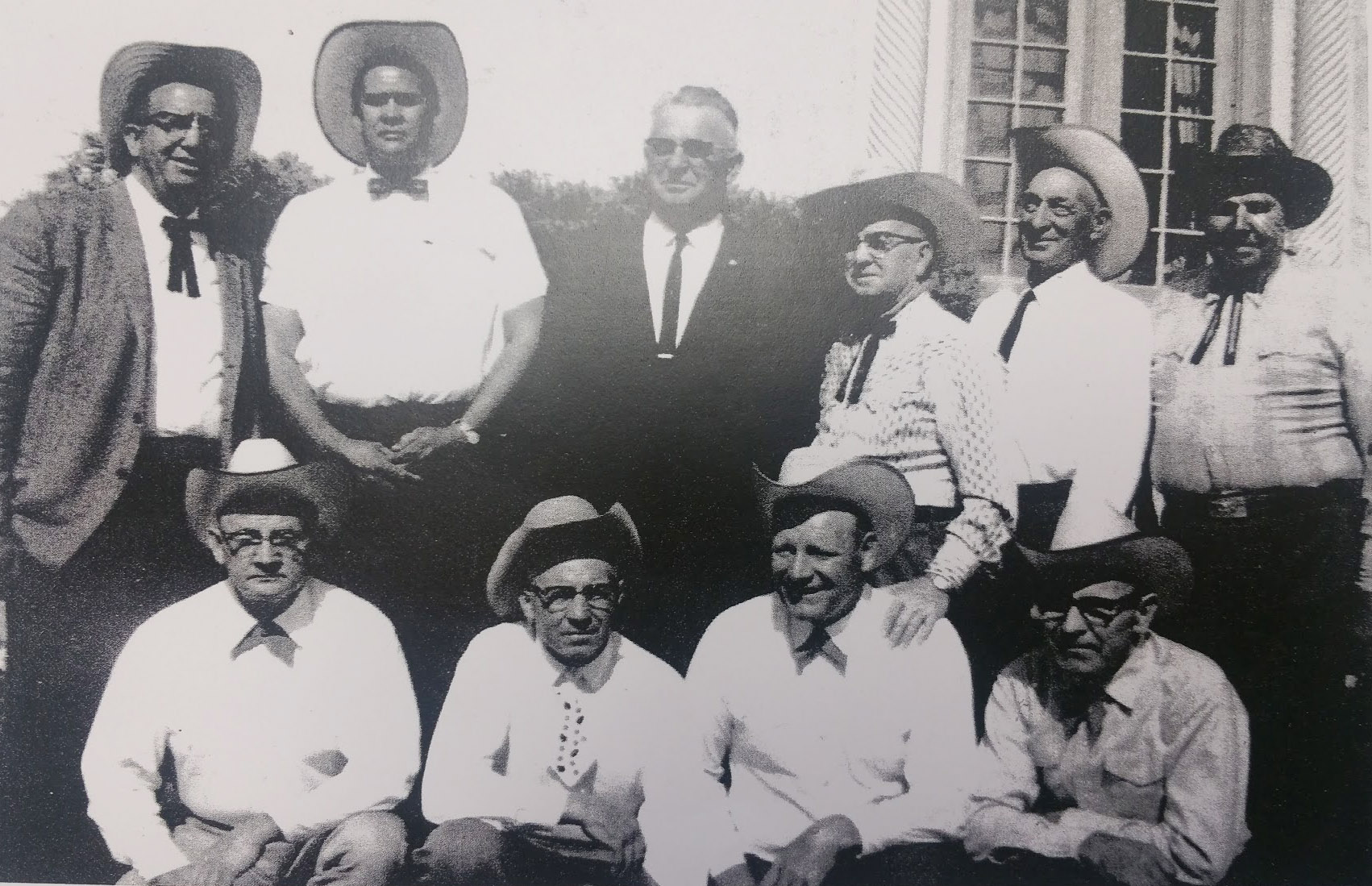 Over the years, the Lehi Civic Improvement Association has guided Lehi’s annual Roundup week with selfless dedication and leadership. According to a brief history compiled and written by Donna Anderson, “Since 1941, the Lehi CIA has been directed by some outstanding and devoted men. Each of them have contributed the kind of influence that has forwarded the stipulations of the Charter “to exert effective influence upon matters of civic and individual interest.” Through their efforts and the support of all other officers and board members and committeemen, the Lehi Roundup has flourished into one of the state’s leading yearly events.”

All the committee members’ efforts combined make the event an annual success. An amusing anecdote comes from Anderson’s history of the early days of the Lehi Roundup:

“Here are a few of these dedicated men, realizing that for everyone mentioned, there are five or more with similar examples, all contributing to the saga of the Roundup. It was through the initiative of George Downs that adequate lighting for the arena was completed. Thomas Powers used to establish headquarters for housing of contestants in his store, soliciting the cooperation of Lehi families to let the cowboys stay with them. Transportation was limited then, and once the cowboys came to Lehi, they had to have a place to stay.

Everyone always pitched in with the work details. As an example, Alva Wing (the local mortician) was working with a crowbar during one of the work nights at the grounds. The bar slipped out of his hands, falling on the feet of a near-by worker. Local physician, Dr. Elmo Eddington was working beside them. Though the man was not seriously injured, he was heard to jokingly say, “Huh, if one of you don’t get me, the other one will!”

Lott worked tirelessly as a farmer and was elected to the office of President of the National Farmers Union in 1954. Donna Anderson once wrote, “B.J. always told the story about the time the brahma bulls went on a rampage around town after the rodeo. He recalled one night at about 4 a.m. when one of the bulls stuck his head right through his bedroom window and bellered. “The bull didn’t come in, but he sure could have if he wanted to! We really had a rude awakening that night.”

As the sixth president of the Civic Improvement Association, Snook had a deep love for rodeo and Lehi’s unique traditions. Snook always made sure that there were specialty acts for the rodeo, “We’ve had the best specialty acts around in the past. City slickers judge a rodeo by the kind of singers they have,” said Lewis.  Snook also worked hard to keep the rodeo arena in the best shape, saying, “The cowboys will tell ya that our chutes, corrals, and everything else are the best–all metal, and that’s important.”

Morrie served as the seventh president of the Civic Improvement Association. In addition, S.I. Goodwin asked him to serve as the Lehi Round-Up Rodeo Queen Contest Chairman. Clark once recalled an experience during his time as chairman, saying, “One time we had a young woman borrow a horse to enter to contest and when she didn’t win she hauled off and cried. Maybe the girl wasn’t what the judges were looking for, but they should have given it to the horse–he was the best!” He always loved the Lehi Round-Up Rodeo saying, “Our rodeo don’t take backseat to no one.”

LaVere lived a life of service and hard-work. He served as the eighth president of the Civic Improvement Association. He also worked for Utah Power & Light for over 39 years as a Journeyman Lineman and served two terms as a Lehi City Councilman. LaVere and his wife, Virginia, served over 40 years in the Utah High School Rodeo Association. He was the Director of the Utah Valley Football for 22 years and served in the Lehi Civic Improvement Association for 40 years and ended his service in the position of president.

J. Ferrin Gurney was the longtime secretary/treasurer of the CIA and a member of the founding committee. Gurney was inadvertently left off the last week’s list.