Tradition of service and giving continues with current Rodeo leadership 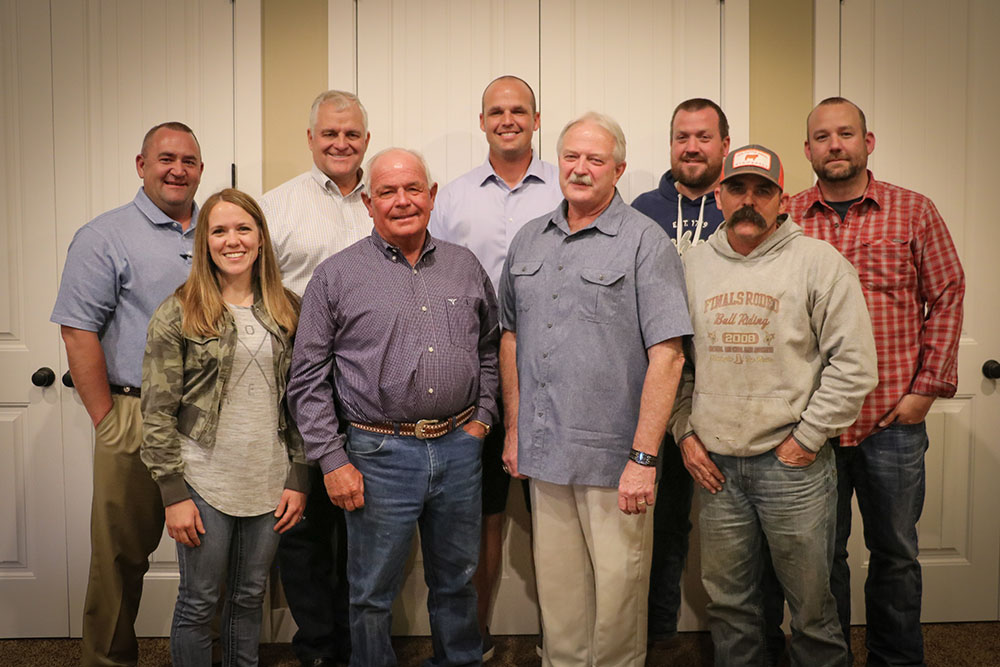 The Civic Improvement Association, or the Lehi Roundup Rodeo Committee, quietly meets year-round to plan Lehi’s biggest annual community event. Each member of the board donates hundreds of hours to make sure Lehi’s annual celebration continues each year seamlessly. This year’s group carries on the attitude of selfless service in much the same way as the original founding CIA committee envisioned it 80 years ago.

The Roundup Rodeo Committee presents the annual Rodeo and the Stock Parade, which is held on Thursday evening during Roundup week each year.

Stan Lewis, Mike Southwick, and Robert Allred are respectively the group’s President, Vice-President, and Secretary. But don’t think their wives aren’t involved. According to Lewis, “We’d be lost without our wives, they are involved every step of the way.”

The organization is a non-profit corporation. The rodeo has been financially self-sustaining every year since the group’s inception. Funds are raised through multiple channels, and after hard costs are paid, remaining funds are earmarked for charitable giving and are gifted back to the community in many ways. For instance, funds raised through concession sales at the rodeo are distributed evenly back to the wards that build floats for the miniature float parade. According to Southwick, “Over the last five years, we have paid about 30-35 wards $600 each for the floats built every year for the parade.”

Other funds raised are given to worthy local causes, such as the Lehi Historical Society and Archives, the Lehi Silver Band, various Lehi schools, the Memorial Wall at the Lehi Cemetery, the Lehi Public Library, The American Legion for Girls and Boys State – just to name a few. Over the years, thousands of dollars have been given primarily to Lehi organizations to improve the community. During the polio epidemic, the group funded an iron lung and funded the organ for the original Lehi Tabernacle.

The group has always been closely affiliated with the local wards and stakes of the Church of Jesus Christ of Latter-day Saints, although membership in the church is not required for inclusion on the board. Lehi City has also been a great partner of the annual events surrounding the Roundup. According to John Lewis, Chairman of Publicity for the Roundup, “The City has been a fantastic partner and is just as committed to the success of the Rodeo as we are.”

The settlers of Lehi, including David Evans, started the tradition of a miniature float parade, even before the Roundup Rodeo was formalized. Originally the annual celebration was held on or near the 4th of July, and celebrated the creation of “Evansville,” or the original Pioneer settlement of Lehi in the Dry Creek area.

President Stan Lewis said, “Volunteerism is the lifeblood of this organization.” In that light, volunteers are being sought for this year’s celebration and a volunteer meeting will be held on June 8, at 6:30 p.m. at the Lehi Stake Center, at 200 North Center Street. All are welcome. No experience is necessary.