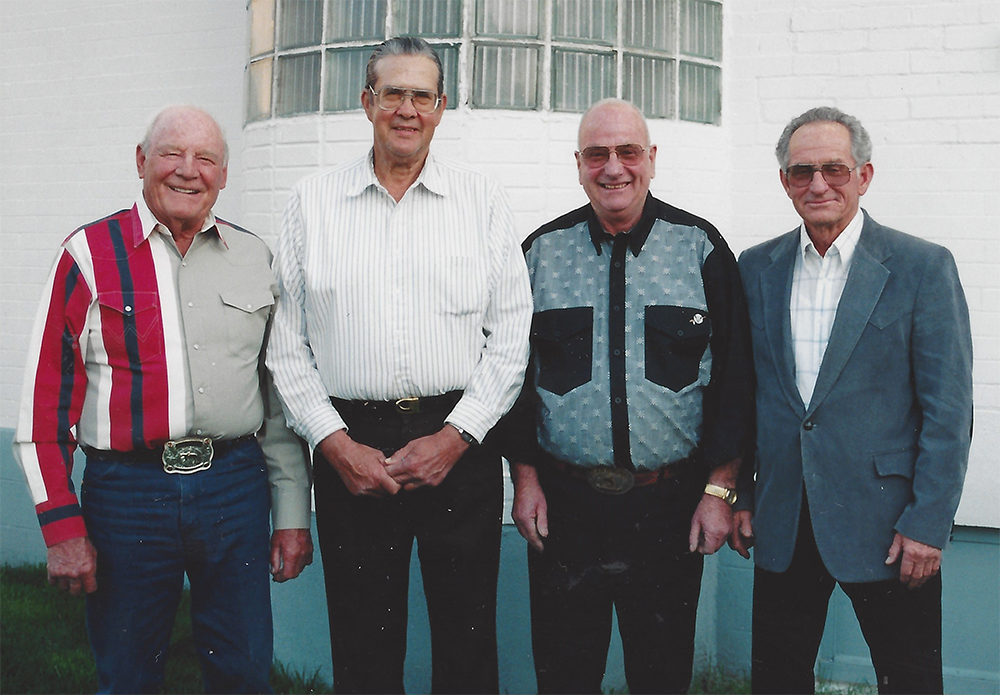 Mike Southwick, who passed away in 2014, was a tireless public servant. He lived his entire life in Lehi and raised his three children (Michael, Rhonda, and Judy) in Lehi, with his devoted wife Shirley. Mike was a truck driver, electrician, and firefighter by trade and according to Shirley, “almost always had two full time jobs throughout his entire working career.”

The couple were married in 1950, and that was the first year Mike volunteered with the rodeo. His first responsibility was making sure the arena lights were operable and turned on for the three nights of the rodeo. He worked as a volunteer with the Roundup Rodeo committee for over 40 years, serving as President for several years.

Attending the rodeo and volunteering with the Roundup Committee is a long-standing tradition with the Southwick family. Following in his father’s footsteps, Mike senior’s son, Michael Southwick, now serves as the Vice-President of the committee. Michael Southwick’s son, Shane, and his wife Cali, serve as the chairs of ticket sales and computer operations.

George Tripp, who passed away in 2014, was also a longtime Lehi public servant. He was married to Shirley Peterson Tripp and spent his career working for the Postal Service and Alpine School District. Shirley and George had six children, five girls and one son. Tripp was Mayor of Lehi from 1983-1990, and was also President of the Roundup Rodeo Committee for many years.

Clay Tripp, George, and Shirley’s only son, who is also a long time Roundup Rodeo volunteer said, “my dad was always serving someone, that was what he was known for.”  According to George’s obituary, “His life of love and service inspired all who knew him. He was a gentleman in the true sense of the word, treating everyone with great kindness and respect.”

Over the years, the presidents of Lehi’s Roundup Rodeo committee, along with their wives, have been tireless public servants. Each were community leaders with a deep love of Lehi, their families, and their country. Stan Lewis, who has been President of the organization since Tripp’s retirement in 2000, continues in that tradition. Stan and his wife Peggy make a remarkable team as they lead Lehi’s Roundup Rodeo Committee today.

The lighter side of the Lehi Roundup