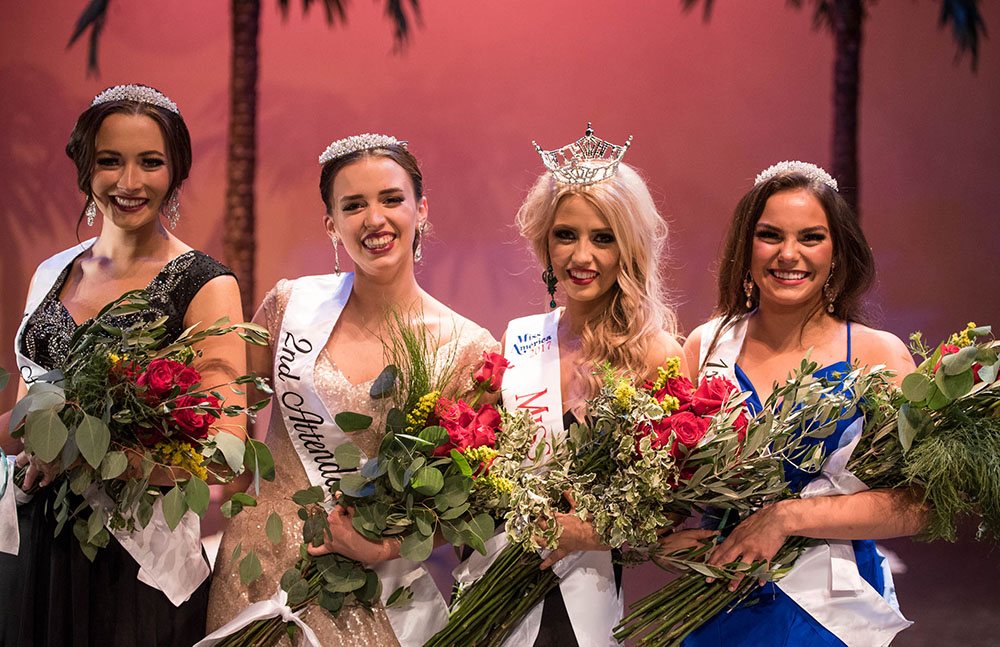 On Saturday night, June 3, Lehi’s Kadee Jo Jones was named Miss Lehi for the 2017-2018 year. Jones won the swimsuit, evening gown, and talent portions of the contest as well. Jones earned a $4,000 scholarship as part of her prize package and plans to use that to continue her education at Utah Valley University. “It’s exciting. That will pay for about a year of college,” she said. Jones is the daughter of Kellie Jo and Darin Jones of Lehi.

Jones performed a piano solo for the talent portion of the contest. For her evening wear, she wore a stunning strapless black gown with a ruffled feature on the bottom which complimented her blonde hair and petite frame. “I’m so surprised, really. I’m so honored,” said Jones after the competition.

The theme of the evening was “Beach Party Beauties.” Jackie Thacker, who was Miss Lehi for 2016-2017, along with Johnny Revill served as emcees of the event. Revill was a fun host, cracking jokes and keeping the pace of the show moving along. Thacker was poised and smiling throughout the event. She will represent Lehi by competing in the Miss Utah pageant at the end of June.

Each contestant was asked to choose a “platform” or cause, to which they devoted time, resources, and effort. Jones chose “Know Greater Heroes: Empowering the Leader Within,” as her platform, which encourages youth to avoid looking to poor role models in society, but to look within themselves for strength and leadership.

In a poignant moment, two “Honorary Miss Lehi” winners were escorted to stage. These were young women with special needs. Hannah Payne was escorted by her father, and represented Lehi High School, and Liz Anderson, represented Skyridge High School.