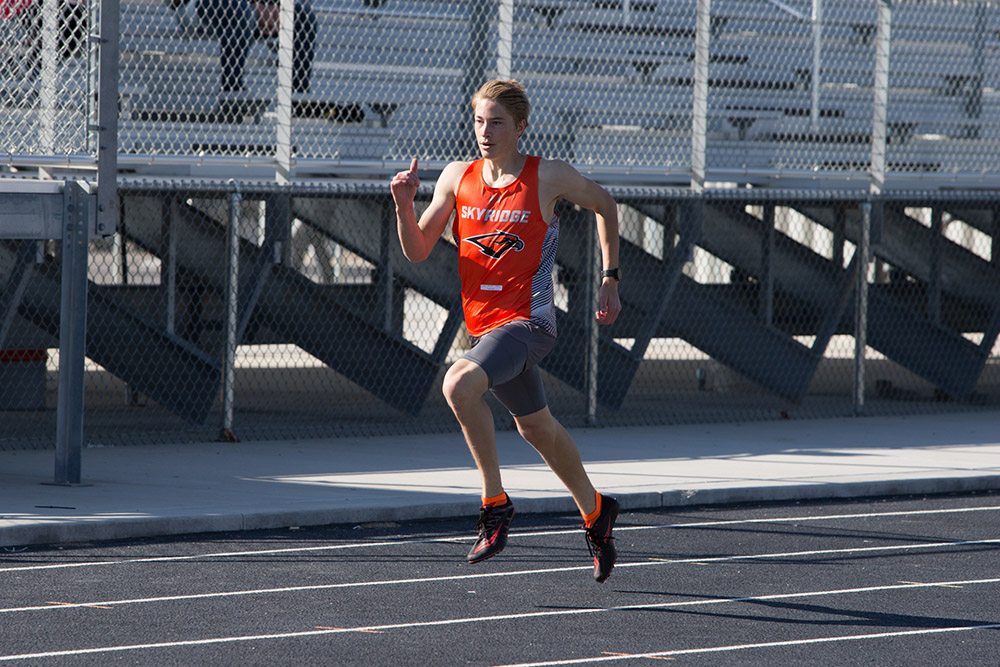 Josh Taylor finished his sophomore year at Skyridge High School back in May, but track meets and training have continued for him. At the end of June, Taylor took first place in the 400m race at the Olympic Regional Meet, a four-state track and field meet in Idaho. Now he’s heading to the National Junior Olympic Track and Field Championships in Lawrence, Kansas, on July 24 to compete in the 400m and the 200m.

For the first time the USA Track and Field (USATF) is combining with the Hershey National Junior Olympics. Nearly 10,000 athletes from around the country are expected at Rock Chalk Park in Lawrence, Kansas. The competition takes place in six two-year age groups with athletes between the ages of 7 and 18. Josh Taylor has been to the Hershey National Junior Olympics two times, once as a 10 year-old and again as a 12 year-old. Taylor’s mother, Julie Brinley, said the older he gets, the tougher the competition is for her son. “Josh is a hard-working, focused kid. He had a 3.9 GPA last year with some tough classes.”

Josh Taylor has been training with Coach Cody Fonnesbeck four to five times a week for about two hours each session. Since the 400m is a mid-distance race, Taylor alternates between speed workouts and distance workouts. “I used to get nervous before races, but now it’s fun. I’ve really liked working with Coach Fonnesbeck. He’s got a great program going at Skyridge,” said Taylor. He grew up playing sports alongside his twin brother, Jacob. “We definitely got competitive with each other,” said Josh. This year, though, Josh Taylor has stopped playing football and basketball to devote his time to track. His best race is the 400m, but Taylor’s favorite race is the relay. He hopes to make the top eight and go on to the finals in the 400m and 200m during his week in Kansas.

Lehi Homestead: Gardening from the ground up in Lehi