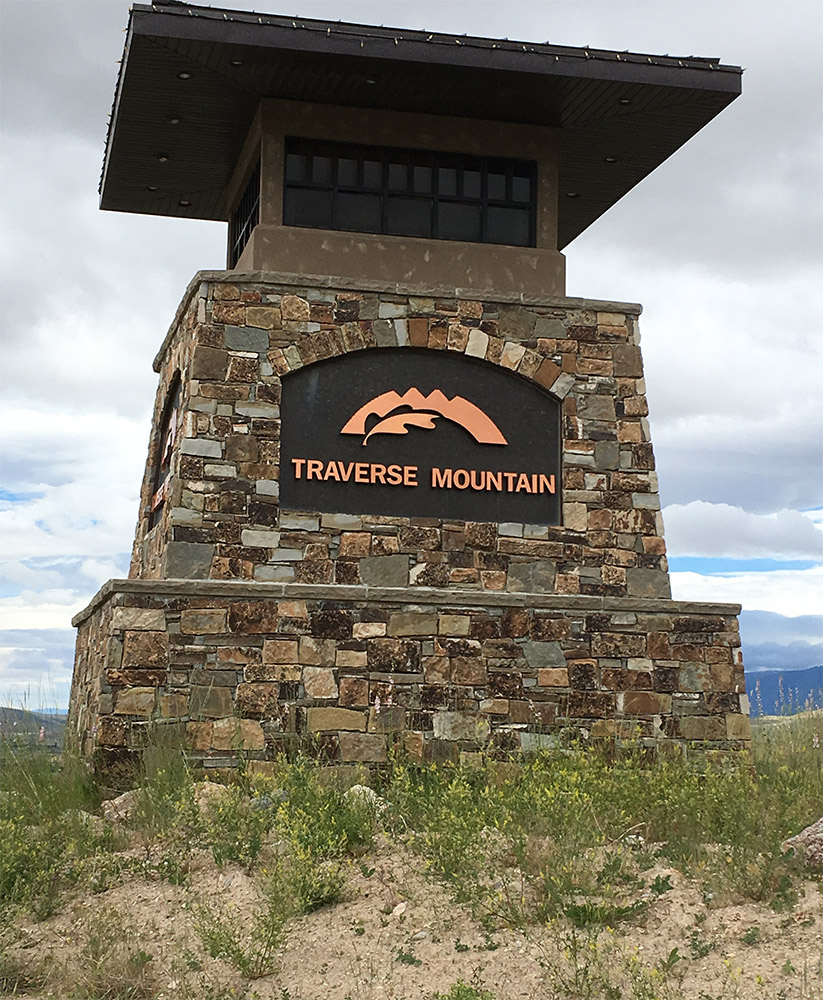 On July 11 in the city council chambers, all five city council members met in pre-council meeting to hear two presentations by Dave Norman and Wade Allred about P.I. water projects. Lara Bangerter also addressed the council as the new Director of Lehi City Archives and Historical Society, but the issue that occupied the major share of the time in pre-council was a discussion about the Traverse Mountain Concept Plan previously approved by the Council.

City Council member Chris Condie asked several questions about the TMTH project. He was absent in the last meeting when the project was approved. His major concern was who would be responsible for the enforcement of the conditions listed in the motion to approve the project. There was some confusion about who would receive the bond money if Geneva Rock did not follow the mitigation plan presented by the developer in previous planning commission and city council meetings.

Questions asked by Condie were as follows:

Mayor Wilson questioned council member Hancock about the feelings of the people in Traverse Mountain regarding the project. Hancock responded, “Residents are concerned about the dust. We need a school site and the land is too expensive for Alpine District to purchase. We will have 5,800 residential units eventually. We don’t want to bus all the kids to west Lehi.”

Two residents of the area close to the proposed development expressed frustration with certain elements of the plan. Dr. Elias Faraclas spoke about he and his wife’s concerns. Faraclas’ wife, Erin, a future HOA board member, wondered who would monitor the activity of the grading. “We need real time monitoring with real time visibility. What is the mechanism for shutting down the operation if air quality is bad? Who is responsible for the enforcement? The HOA does not want to be the enforcement agent.”

Faraclas said, “Why is the city O.K. with a mining operation? City code does not allow for grading that is injurious to the health of the residents. There is no guarantee that Alpine School District will build a school in graded area. All these are nice carrots, but I don’t think I have heard a good solution to the problems.”

Hancock countered, “My son has compromised health. I will be impacted by this project like anyone else.”

Jenny Kapp, another resident of the area, worried about the wind. “Geneva can’t control the wind. Dust is a constant problem. Having a church and school site is the pretty part, but the dust and grading are the ugly part. The HOA can’t do all they are expected to do.”

This concluded the discussion on the Traverse Mountain project.

Dave Norman and Wade Allred presented to the City Council the plans to replace the aging PI waterline from Bull River to the Murdock Canal. The reconstruction will affect the traffic around Skyridge High School. Because of traffic issues, the project will begin during UEA break. The first phase will be from the roundabout to the first two houses on Center Street. Discussions have been held with Joel Perkins, principal of Skyridge. They are looking for a contractor with the expertise and reputation to do the work in a compressed length of time.

Lara Bangerter was introduced to the City Council. She is the new director of Lehi Archives and Historical Society. Her credentials were reviewed by the Mayor who quipped, “Is there anything you don’t do?”

Bangerter expressed a need for a computer program to organize the thousands of documents in the archives. Jason Walker, city administrator, assured her that money has been set aside for this.

Lehi Heritage Day was also mentioned. It will be held on Labor Day, Sept. 4, at Bandwagon Park and the old third-seventh ward church.

Marlin Eldred, Lehi’s Economic Development Director, was asked by the Mayor to talk about new development in Lehi.  He explained Boyer Company is planning three new 125,000 square foot buildings. He added, “Leases for commercial space is picking up speed, not slowing down.” An RDA is being considered for the downtown area. “Strap and Tank, a brewery, is being planned for Traverse Mountain.

A Hidden Heroes Resolution was unanimously passed. This resolution is sponsored by the Elizabeth Dole Foundation to help caregivers of wounded veterans. Two veteran’s wives told of the value of the Hidden Hero funds in their own lives. Both have husbands who served in the military and suffered from PTSD and Traumatic Brain Injury.

Mayor Wilson added, “I am the son of a disabled vet. I saw what my Mom went through. We want to serve our veterans.”

During the regular City Council meeting seven agenda items were unanimously approved by the council.

Lehi City spending by the numbers