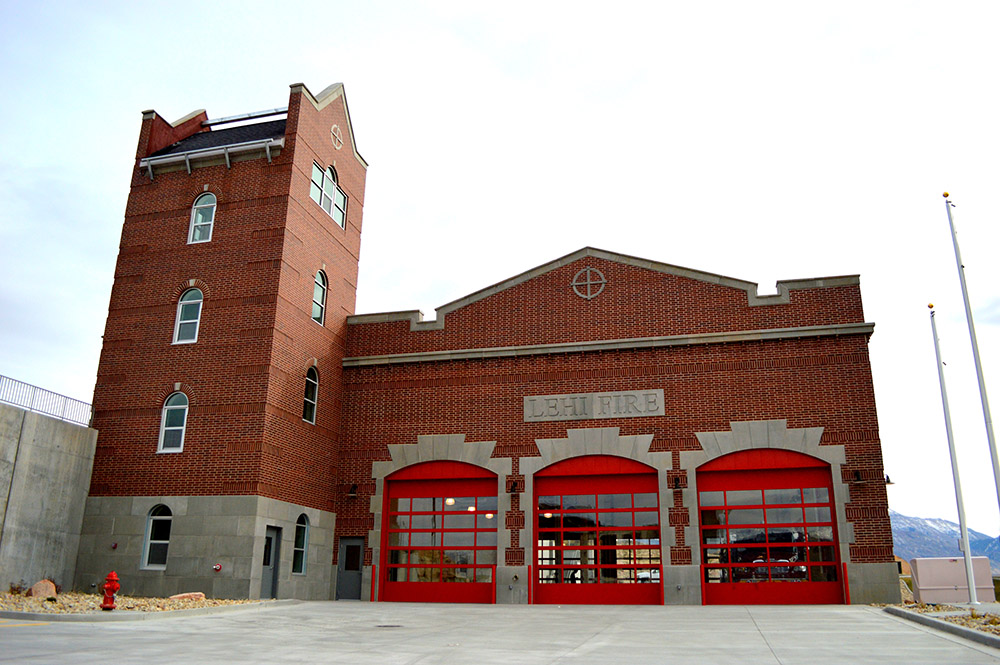 Fire Station 83, Lehi City’s third fire station, will have a ceremony and open house to celebrate its completion on Thursday, December 14, beginning at 1 p.m. and finishing with tours at 7 p.m.

“The first part of the event will be ceremonial, we’ll have a wetting down and dedication of the new fire engine,” said Lehi’s Fire Department Chief, Jeremy Craft. “It’s tradition that every new engine gets wetted down – other department engines drive by and spray it with water. Then we push it into the bay by hand to put it into service for the first time.”

After the new fire engine has been pushed into the bay, the station will be open to the public for tours. Firefighters and other employees will be positioned throughout the building to answer questions. Station 83 has a tower that gives it an old-fashioned look, but is actually very functional. “Back in the day firefighters would hang their hoses from the tower to dry them out – they were made of either cotton or wool and would get ruined otherwise,” explained Chief Craft. “We’ll use the tower to train for high-rise fires and rope rescue. It’s a fully functional training tower.”

The Lehi Fire Department runs either a fire engine or truck and an ambulance out of each of the fire stations in the city, as well as a “brush truck,” an emergency vehicle specially equipped for brush and grass fires. To staff all three fire stations, fifteen new firefighters were hired, including Lehi City’s first full-time female firefighter. The new recruits have recently started their training. “We’re excited to become more diversified to serve a diverse community,” said Chief Craft.

Design West designed Station 83 and Ascent Construction built it. The red-trimmed garage doors and the brick and cement work give the station a classic feel, but every bit of the new building is modern and functional. Getting emergency trucks to the Traverse Mountain area of Lehi had become a great challenge. Chief Craft and Lehi City needed a fire station close enough to that area cut emergency response times way down.

“We were getting more and more calls from the Traverse Mountain area and we’re response-time driven. To us, time is loss. This was the perfect place to put a station to serve this part of town,” said Chief Craft.