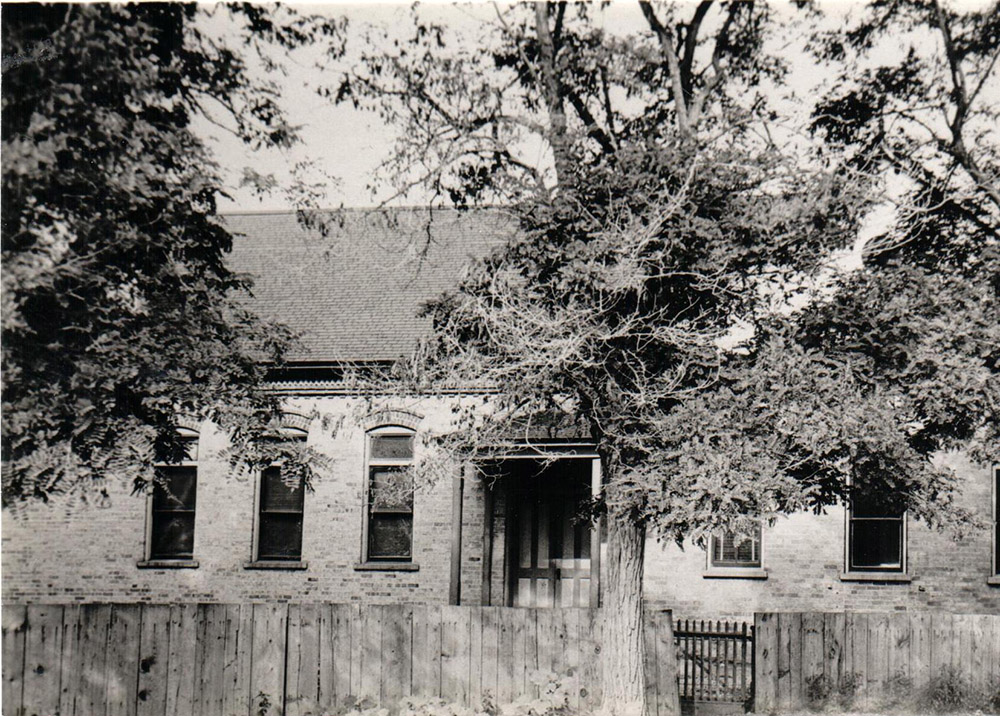 Unlike many small towns of the American West, those who settled Lehi placed much importance on educating their children. From a one-room log schoolhouse to the multimillion dollar schools built today, the citizens of Lehi have always strived to educate their children.

Lehi’s first endeavor came in 1851, when the people of then “Evansville,” soon to be Lehi, came together to construct the first public building, known as the Log School, near 500 West and 300 North. In 1853, the 18’ x 24’ cottonwood log building was dismantled and moved to the safer location of 80 West Main. For more than 20 years, the school hosted all kinds of community functions, including dances, church meetings, city council meetings, plays and so forth.

In 1864, when more classroom space was needed, school trustees decided to build the Southwest School, later to be renamed the Thurman School, at 100 South and 200 West. It was used until 1915.

By the early 1870s, the railroad business was booming in the northeast part of Lehi, spurring another school opening at 159 E. 400 North. The one-room wooden school was called the Northeast School until a few years before its closing when it was renamed the Ross Schoolhouse to honor the 29-year tenure of its strict (and by today’s standards abusive) schoolmaster J. Edgar Ross. The school also served as a center for community events. As of 1896, the school was also being used as a high school and continued to be until all high school students were transferred to the new Central School.

Once the Northeast School was completed, those living in the, “New Survey,” or northwest part of Lehi began petitioning the city council for a school of their own. That’s when in 1875 a one-room adobe school was constructed at 500 West and State Street. Originally known as the Northwest School, it was renamed the Franklin School after Benjamin Franklin in 1898.

As recorded in Lehi: Portraits of a Utah Town by Richard Van Wagoner, Emily W. Johnson, one of the school’s first students, recalled, “the old stove became a monster to me, roasting those who sat nearby and giving little heat to others.”

Lehi also had a myriad of private schools, most notable the New West School sponsored by the Congregationalist Church in Boston, Massachusetts. Located at 99 West Main, the school was generally recognized for its, “splendid work,” according to a Jan. 25, 1884, Deseret News article. Although the school was supposed to be non-denominational, it was known for its anti-Mormon sentiment, which faded once the LDS church denounced polygamy in1890.

In 1900, the New West School began offering classes for college prep, and in 1901, it had the first competitive tennis courts in town installed. The school closed in 1920.

In 1891, Lehi’s three public schools offered space for 328 students, and yet 482 students had reported for school. Much of the overcrowding was spurred by those moving in to work at the Lehi Sugar Factory. Therefore, another school, the Central School, was built and funded in part by bonding, a new concept which many old-timers did not like because of the debt incurred. The new six-room school located on the northeast corner of 600 North and Center Street, across the street from today’s Wine’s Park, opened in the early 1890s and was renamed the Stanford School in 1898.

Four rooms where added to the attic of the school in 1898 to accommodate 8th and 9th graders, 10th and 11th grades were added in 1907, and in 1908, 12th grade was added, making it a full high school. The school became known as Lehi High School when the Grammar School was completed, and the younger students moved out in 1910. The Central School closed in 1921 when the then new Lehi High School, located where the fire department is today, was completed at the southeast corner of Center and 200 North. The Central School was demolished in 1933.

Around 1896, the 24’ x 28’ Sego Lily School opened at 723 E. 900 North. It was expected to accommodate 50 children. The building also doubled as an LDS meetinghouse for a time around the turn of the century.

In 1906, again due to overcrowding, another elementary school was built. Located where the Lehi Legacy Center stands today at 200 North and Center Street, the new Primary School faced Center Street and accommodated 400 students. Just three years later in 1909, another elementary named the Grammar School opened just west of the Primary School and faced 200 North. The two buildings provided 16 classrooms and together could host 765 students. Still, on the first day of school in 1910, 40 students had to be turned away until other temporary locations could be acquired.

When Lehi Elementary, 765 N. Center St., opened in 1952, the Primary and Grammar schools were closed. The Grammar School burned down in 1954, and the Primary School was razed in 1956.

From 1921 to 1959, Lehi High School grew and expanded onto neighboring blocks until today’s Lehi High School was opened in 1959. At that time, the old high school became the Lehi Junior High.

In the fall of 1981, when Meadow Elementary School opened at 100 South and 500 West, it was the first Lehi school built since the high school in 1959.

Lehi Junior and Willowcreek make up the city’s junior high schools and while Lehi High School has been around since the early 1900s, Skyridge High School just opened in fall of 2016. Both high schools host several thousand students.

Much of the information in this article was taken from Lehi: Portraits of a Utah Town by Richard Van Wagoner.