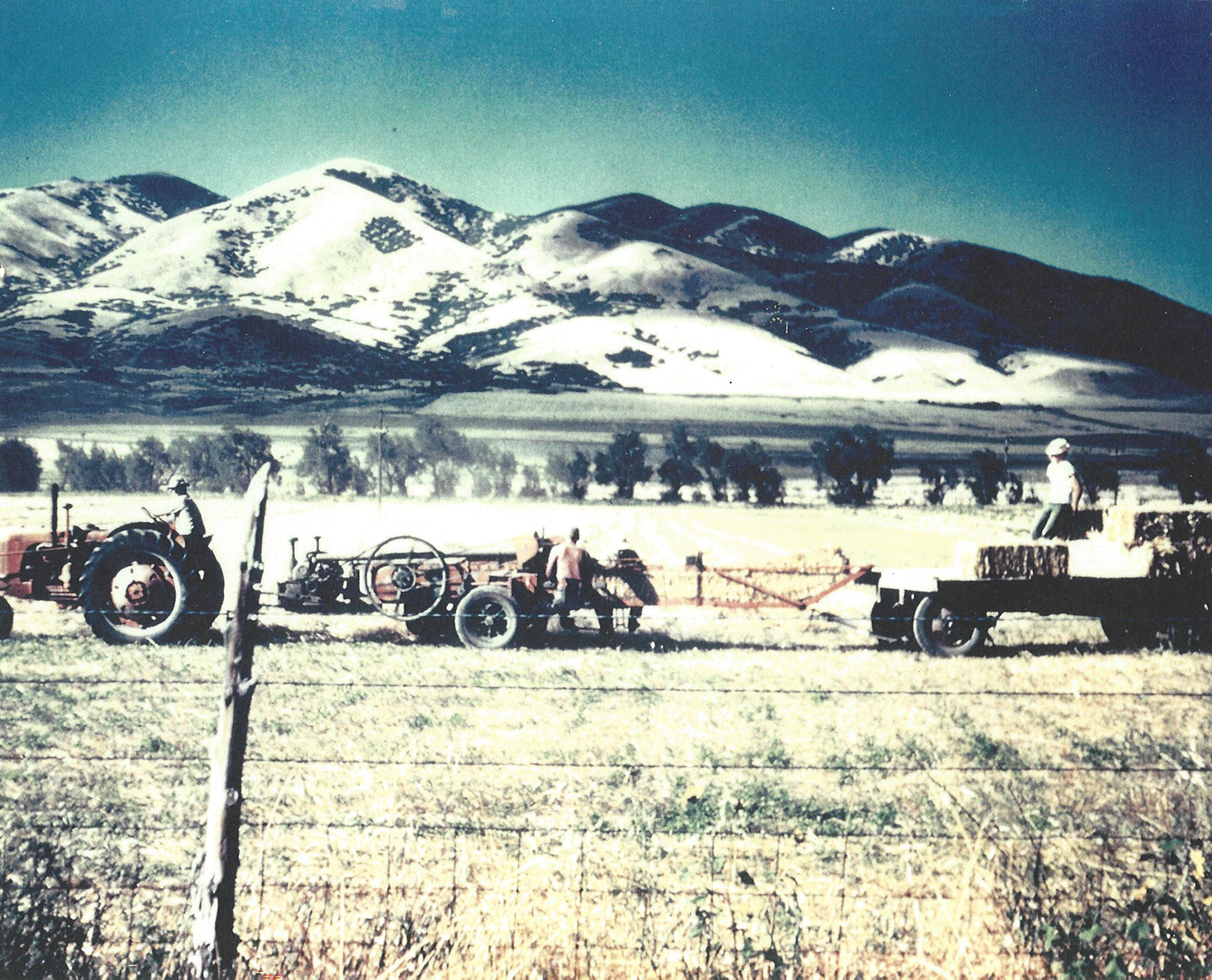 In 1955, a local farmer who cultivated 360 acres of irrigated land on the north bench in Lehi, came home for dinner one day and announced to his family, “We’ve gotta sell. I don’t have enough water to keep the farm green.” This was a turning point in the lives of this young family.

It was common during the early years in Lehi for farmers to anxiously wait at their head gates for the beginning of their water turn. Every drop of water was needed for the survival of the crops, which allowed farmers to support their families. Water was the life-blood of their existence. Tales are told of neighbors getting in dustups over water turns. Threats were made, and, in some cases, fisticuffs ensued.

Today, the Ivory Ridge development is located on the north bench farm of that Lehi family, the population of Lehi has exploded, and water availability is still an issue.

Recently, 428 Lehi residents received a letter from Lehi City explaining that the city had reached an agreement with Jordan Valley Water Conservancy District (JVWCD), one of the largest water owners in the state. The agreement concerned areas in north Lehi where wells could be drilled by JVWCD, which controls the water rights in this area.

Customarily, when anyone files a request for water rights to drill a well or “Change Application,” they must file the request with the Utah State Water Engineer. This request is then published in local newspapers. It is a common practice by concerned citizens to file a protest with the state objecting to the removal of water from the area where the well is to be drilled. Protests are then considered before well rights can be granted.

Lehi City is asking Lehi residents, who in 1996, protested a Change Application or well rights in north Utah County to withdraw their protest so a negotiated agreement with JVWCD could be completed. The agreement contained a provision shrinking the amount of land where JVWCD would be allowed to drill wells in North Utah County.

In a meeting on June 21, Lehi City Head Engineer Lorin Powell explained to a handful of Lehi residents the details of the agreement. Powell explained, “We became very concerned that the JVWCD Change Applications may be approved, so we started discussions with them. We are excited that we have reached an agreement that will help preserve the underground water in North Utah County.”

Powell said, “In the early 60’s state engineers believed that a large aquifer was located under North Utah County and a well was like a straw sucking water out of the big bowl of water.” For the last twenty years hydrologists have studied underground water and discovered that the water is not just in a big bowl, but a series of smaller reservoirs of underground water separated by naturally occurring formations. It has also been found that the water in the aquifers is being depleted much faster than originally thought. In fact, in 2014, the State of Utah issued a water management plan that imposed a moratorium on all new applications for surface to under-ground conversions in areas 54 and 55. These areas are located in Cedar Valley and North Utah County. (see graphic)

There are several old Change Applications (well-drilling requests) made before the moratorium that JVWCD may be granted by the Utah State Engineer, but with the agreement with Lehi City and the protests lifted, Lehi could then receive the following guarantees:

Powell commented, “This is the best thing that has happened to Lehi’s water situation since I have worked for Lehi City. This is a win-win for Lehi City, JVWCD and all water right holders in the North Utah County groundwater area.”

Long-time Lehi resident and water broker Layne Downs had concerns with the agreement. He gave figures showing that the amount of potential ground water withdrawal from future wells would deplete the aquifer at a much greater degree than the recharge volumes. He commented, “JVWCD is making a lot of money selling their water rights and that is their main objective.”

In his research, Downs observed, “Based on existing water rights, the amount of potential groundwater withdrawal from wells in northern Utah Valley would exceed the “safe yield” as described in the 2014 water management plan.”

Powell explained that there are several reasons why Lehi has a water shortage. “We have experienced a long-term drought. There is very little snow-pack in the mountains and run-off is below normal. Saratoga Springs has drilled wells on the east side of the Jordan River, and piping the Murdock Canal has not allowed water to seep into the aquifer,” Powell said.

As growth in Lehi continues, water rights acquisition and potential water shortages will be a constant concern for City leaders.

A press release regarding water usage was issued last week from Lehi City. It stated the following:

Effective June 28, 2018, water users are restricted to watering outside areas on non-consecutive days, or no more than every other day. We strongly encourage residents only water every third day.

With the historically low precipitation this past winter and with the recent above normal temperatures, it is necessary to implement Phase II: Moderate Water Shortage restrictions per the Lehi City Water Shortage Management Plan. Exceptions are made for new lawns that require frequent irrigation within 30 days for establishment purposes. Exceptions are also made for short cycles required for testing, inspecting, and maintaining irrigation systems.

Since Lehi City’s fire hydrants are connected to the Pressurized Irrigation (PI) system it is necessary for the PI system to maintain minimum levels of water in its storage reservoirs to provide water for fire suppression when the fire department needs to fight a fire. With the lack of rain and snow this past winter, and with the unseasonably hot temperatures some of Lehi’s reservoirs have struggled to maintain minimum levels as residents and businesses water their landscaping. Thus it is necessary to move to Phase II of the Water Shortage Management Plan.

Phase II requires that there shall be no watering of outside areas at any individual owner on consecutive days. This means that watering shall occur at most every other day. In the past this was administered as odd and even watering days. If an address ended in an odd number, residents could water on the odd days on the calendar, if an address ended in an even number, residents could water on the even days on the calendar. The new restriction allows for individual homeowners and businesses to use best watering practices to water less than every other day where possible.

While this level of restriction allows homeowners and businesses to water every other day, the Water Department would strongly recommend that those users that have well-established lawns and landscaping go beyond the every other day requirement and set their irrigation clocks and controllers to water every third day. They may need to set each zone to water just a bit longer to allow for the water to penetrate deeper into the soil. By watering every third day it will conserve water, which is one of our most valuable resources.

We are optimistic and hopeful that with the help of residents and business owners we will not need to issue additional water restriction this summer.