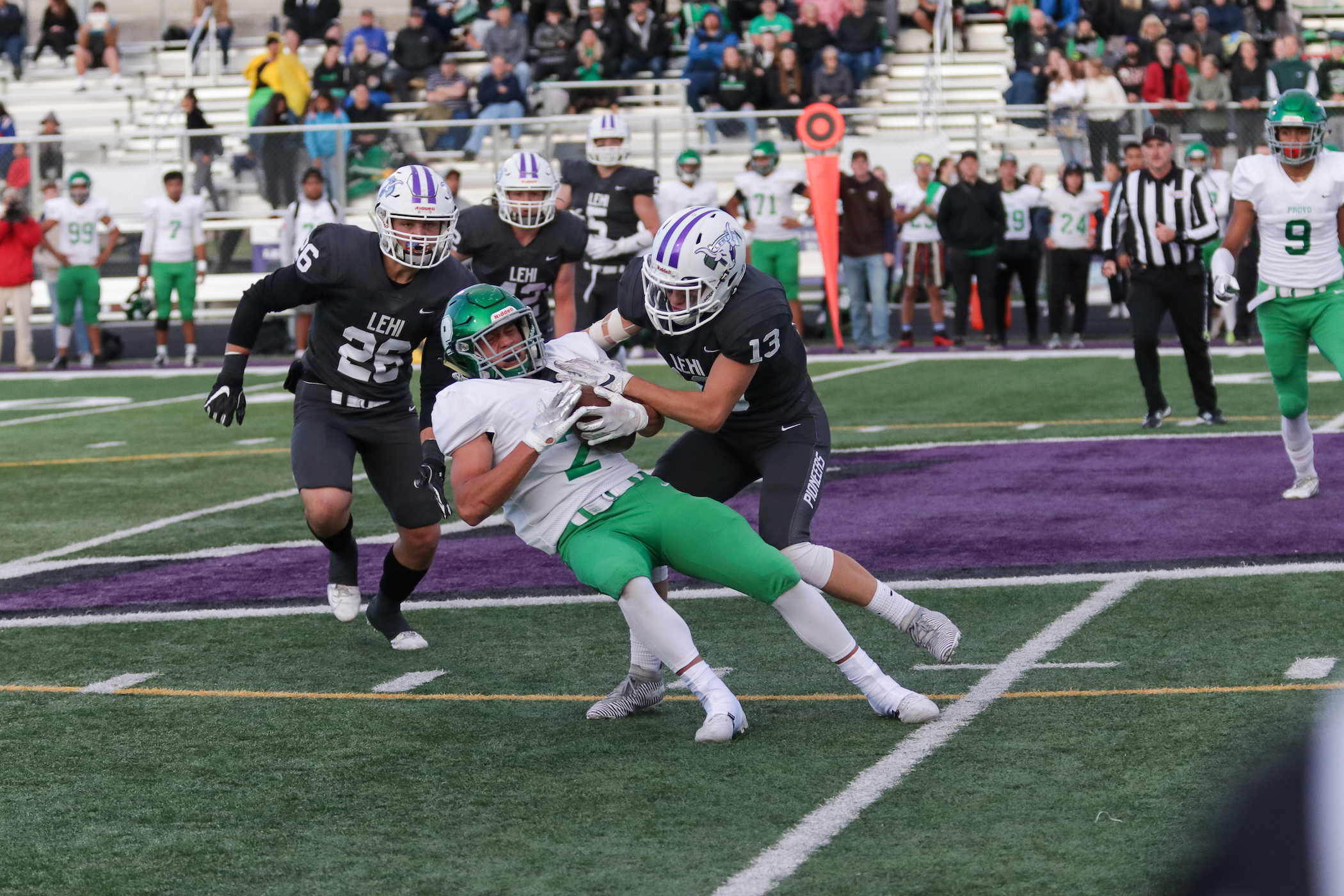 Sporting new gray uniforms for homecoming, the Lehi Pioneers continued their winning ways defeating the Provo Bulldogs, 35-14, on September 20th. After losing the first game of the season, 27-14, against American Fork, Lehi has reeled off 5 straight dominating victories. The Pioneers are 2-0 in region play and are on top of 5A Region 7.

Pioneer quarterback Creyton Cooper completed 24 of 48 passes for 348 yards. Isaiah Tauai had 117 yards on 6 catches – including 2 touchdown receptions of 8 and 38 yards. McKay Wall had 125 receiving yards on 5 catches and 91-yards on two kick returns.

Carsen Manookin scored on a 27-yard run in the 2nd quarter. He had 120 all-purpose yards (97 rushing, 23 receiving) on the night. At halftime, the game was close with Lehi leading, 13-7. However, Creyton Cooper gave Lehi a comfortable lead, 28-7, after adding two rushing touchdowns (1-yard, 6-yard) in the 3rd quarter.

Once again, the Pioneer defense applied pressure to the opposing team’s quarterback and forced multiple turnovers. Defensive back Maoputasi Young had 2 interceptions – with 47 yards on the returns. For the second game in a row, Harrington Ray recovered a fumble. Ray and Ryder Hatch both sacked the Bulldog quarterback. Jacob Vasquez led the team with 13 tackles. Matt Bulpitt had 9 tackles and Tyler Ehat added 7.

Next, Lehi will travel to Provo to meet the Timpview Thunderbirds in a region contest on Friday, September 27th at 7 PM. Timpview is 3-3 on the season. They defeated Mountain Ridge, 42-0, in their only region game this season. However, the Pioneers and Thunderbirds have had 2 common non-region opponents this season. Timpview lost to American Fork, 58-35, in week 2 and defeated Provo, 13-7, in week 3.