Filmmaker shoots “Out of Liberty” in Lehi barn 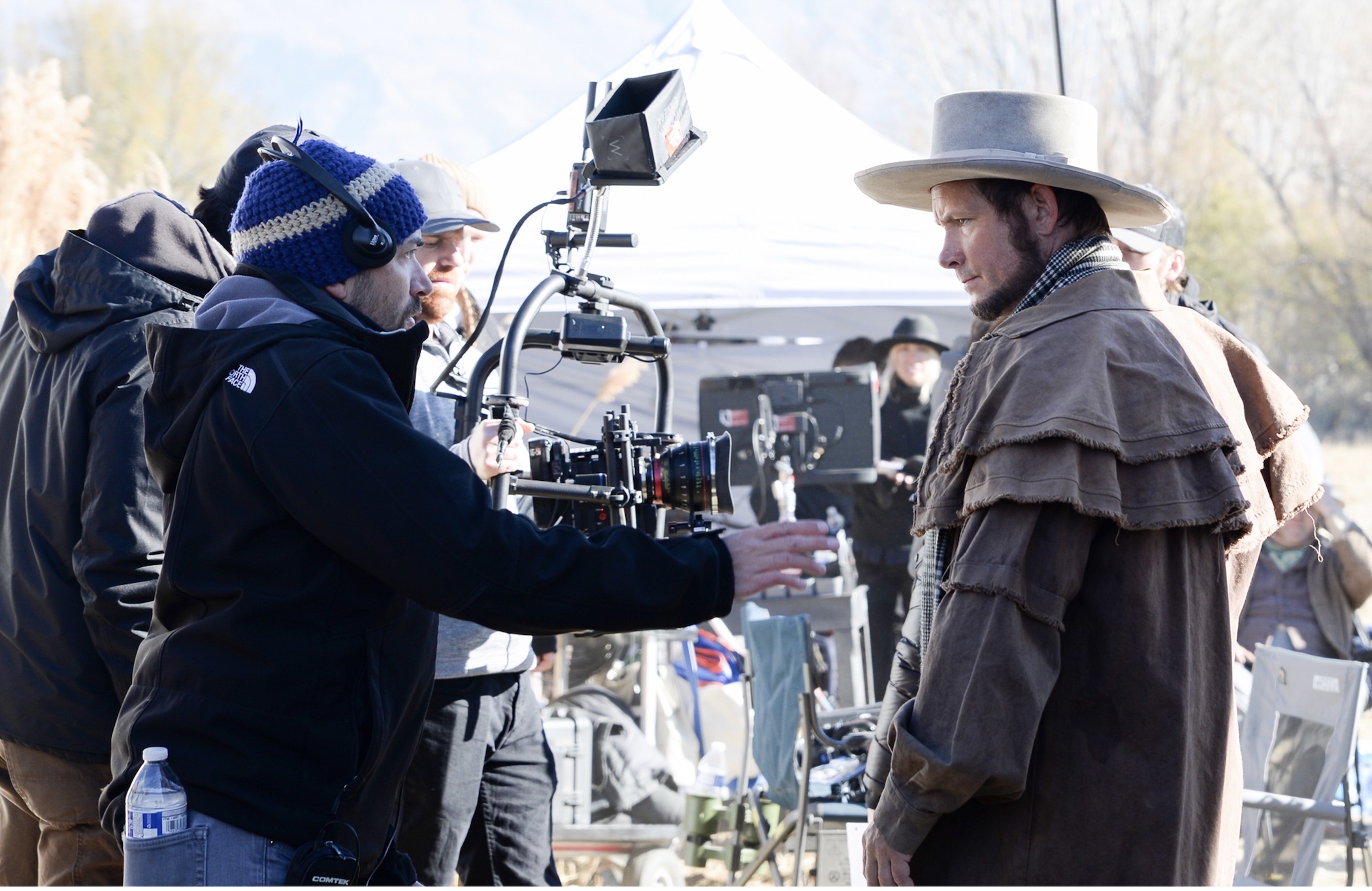 When film writer, director, editor, and producer Garrett Batty sent out a request for location suggestions for his western film “Out of Liberty,”he was surprised to find the perfect site right here in Lehi, nearly in his own backyard.

“We needed to find a warehouse-type building to rent so we could build the set of the Liberty Jail,” said Batty. “I posted a request on social media for my followers to offer up their suggestions. A couple days later my neighbor comes over and says that we could use his barn. We literally walked over and checked it out and it was the perfect size and shape and had everything we needed to recreate the inside of the small 14×14.5-foot jail,” he continued. The barn was just steps from Batty’s own Lehi home, which became the operation’s headquarters and his basement was transformed into the makeup and costume rooms.

After careful study of the original Liberty Jail, located in Liberty, Missouri, with its double walled masonry and timber structure, the set crew transformed the inside of the Lehi barn into the historic jail. The original jail was a two-story structure, but the “upper room” and the “dungeon” of the jail for the movie were filmed in the same barn space.

“When constructing the jail, we built the inside walls so that they could be moved around as we filmed,” Batty explained. The set was changed out to represent either the dungeon or upstairs. “The set crews in Utah are amazing. They’re very professional and have a lot of experience,” said Batty. For the scenes showing the outside of the jail, a set was constructed in American Fork, Utah. “We were able to replicate the isolated Liberty Missouri Jail on a local property that had no trace of the modern world in sight, which certainly gave us the opportunity to point the camera in any direction without fear of capturing images not appropriate to the western time period,” Batty explained.

The independent film tells the story of Liberty, Missouri jailer Samuel Tillery who is tasked with watching Missouri’s most wanted as they await their hearing in the winter of 1839. Caught between the local’s desire to remove the prisoners and the prisoner’s efforts to survive, Tillery is pushed to his limits in a classic struggle of personal feelings and duty. Based on actual recorded events from those who were present, “Out of Liberty”is an intense and hard-hitting jailbreak thriller set in the Old West.

“I wanted to do a western movie, so I worked with a screenwriter to tell the story of the events that happened at Liberty Jail through the eyes of the jailer,” said Batty. “This is a very true story set against the backdrop of a small midwestern town in Missouri that explores one man’s commitment to fulfill his duty with honor and integrity despite the constant pressure from his friends and local townspeople to do the opposite.”

Batty’s production company, Three Coin Productions, started the project two years ago and filming began last November. “Out of Liberty” was made for about one-million-dollars. “Movie making is a business and it is a risky business. You need investors, you need to make sure you are telling a good story and doing it within the budget. Then when the movie gets into the theaters, it belongs to the audience,”

“Out of Liberty” is Batty’s fourth full-length film. His other works include the films “Freetown,” “Scout Camp,” and the financially successful, “The Saratov Approach,” a drama that told the true story of two young American missionaries for The Church of Jesus Christ of Latter-day Saints held captive and brutalized for a week in a remote part of Russia.

“It is interesting that my film ‘Freetown’ was filmed in Ghana, and ‘The Saratov Approach’ was filmed in the Ukraine. ‘Out of Liberty’ was filmed in my backyard in Lehi. Every day after filming, I was the first person who got home, literally by walking a few hundred steps,” said Batty. Last November Batty sent notices to families in his neighborhood about the filming and apologized in advance for the extra traffic and noise during the production. He also asked them not to post any pictures on social media about the filming. “My neighbors were great, and I appreciated them for allowing the filming to occur in my neighborhood without any issues,” said Batty.

One day during filming, Batty noticed a neighborhood boy working and assisting the cameraman. “The kid had been hanging out watching the filming and was interested in the process. The cameraman liked him and hired him to be an assistant for the rest of the filming,” remembered Batty.

After he graduated from Brigham Young University’s film school in 2001, Garrett Batty moved to Burbank, California to try his luck in Hollywood. He worked in the post-production of films doing editing and design work. Following a feeling he and his wife had, the Battys decided to move back to Utah. They ended up adopting three children, eventually adding a fourth child to their family. Batty continued his work creating television shows, documentaries, commercials, and full-length films. The Batty family moved to Lehi two years ago.

“We were fortunate for Samuel Goldwyn Films to pick up our movie for distribution. They have been wonderful to work with,” said Batty. “Out of Liberty” debuted in Utah and Arizona in September and will be released to targeted markets in California, Idaho, Washington, Oregon, Nevada and Missouri in October. The film is also being distributed by Purdie Distribution; a company known for releasing independent films nationwide.

“We are happy with the response the film has received so far. We’re extremely happy to have received the highest grade in a review by LDS Living,” Batty said. “Each film I do, I learn and grow.