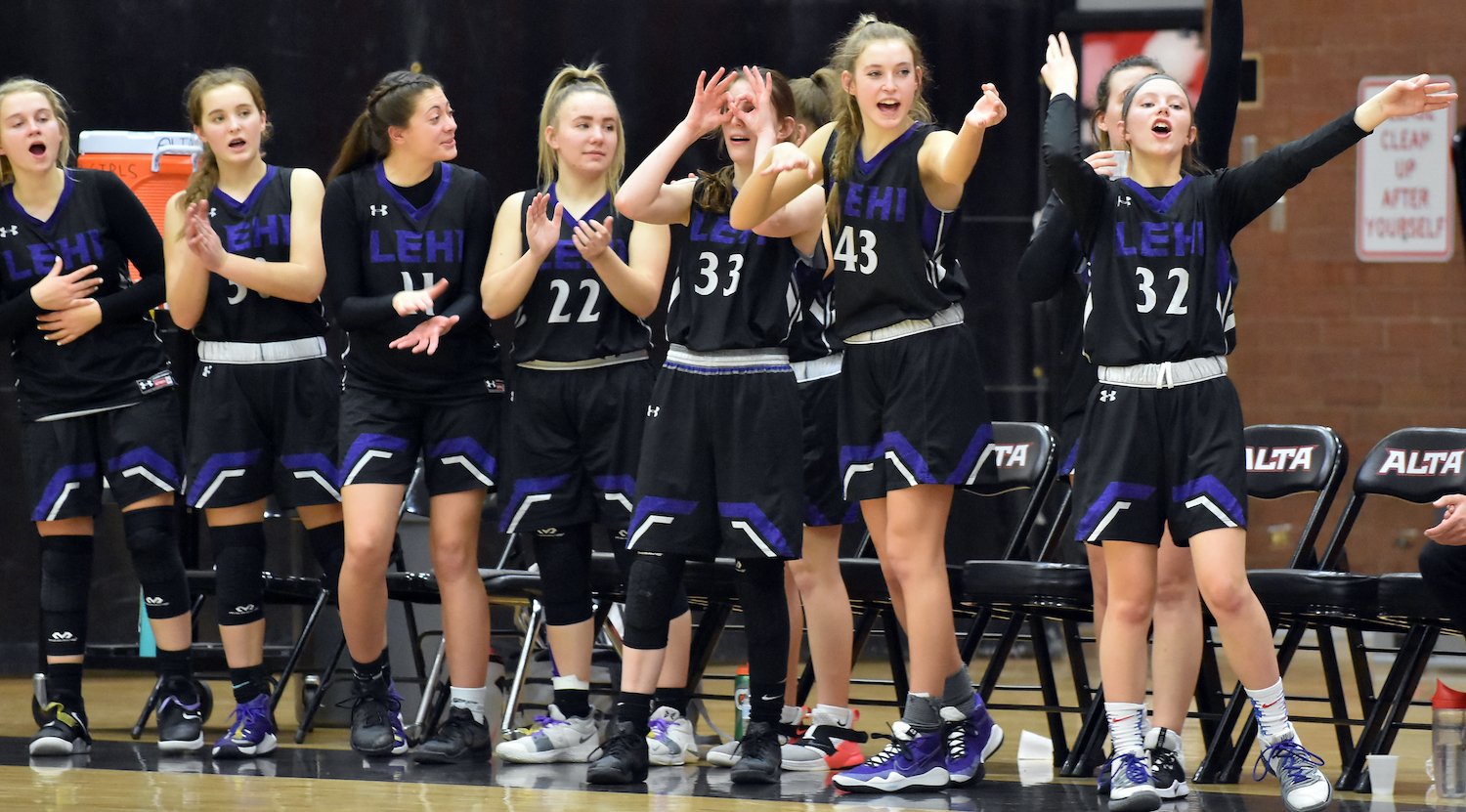 Lehi got out of the gate quickly when Brinly Whiting buried a 3-pointer from the corner on their first possession.  After that, Lehi went cold until the last minutes of the first quarter where they used a 10-0 run to take a 17-5 lead.

The second quarter was slow back and forth as the teams traded buckets until Macey Warren dropped in a shot just inside of half court at the buzzer to give Lehi a 26-12 halftime lead.

Lehi pushed the lead up to 38-17 at the end of the third and cruised to a 44-31 victory. Leading the way for the Pioneers was Macie Warren with 12 points and Lila Galeai who had 11 points and 13 rebounds.

On Thursday the girls travelled to Alta to take on the Hawks. Alta held a 14-9 lead near the end of the first quarter when Lehi’s intensity turned up a couple of notches. Defensive pressure led to a barrage of buckets offensively as Lehi used a 30-point second quarter to take a 46-24 halftime lead.

Lehi and Alta went back and forth in the third quarter with neither team getting very hot offensively and Lehi led 57-31 going into the fourth quarter.

With seven minutes to go in the fourth, Coach VP called a curious timeout. The 3-point shot made on the previous possession by Macie had tied the state record for 3-pointers made in a season at 172.  When Coach told the team, the crowd could hear the excitement in the huddle. A gleeful celebration ensued as Maddie Warren found Lizzie Reese for the new state record of 173 3-pointers made in a single season.

The Pioneers were led in scoring by Jamisyn Heaton with 22 points on five 3-pointers and Lila Galeai with 13 points of her own.