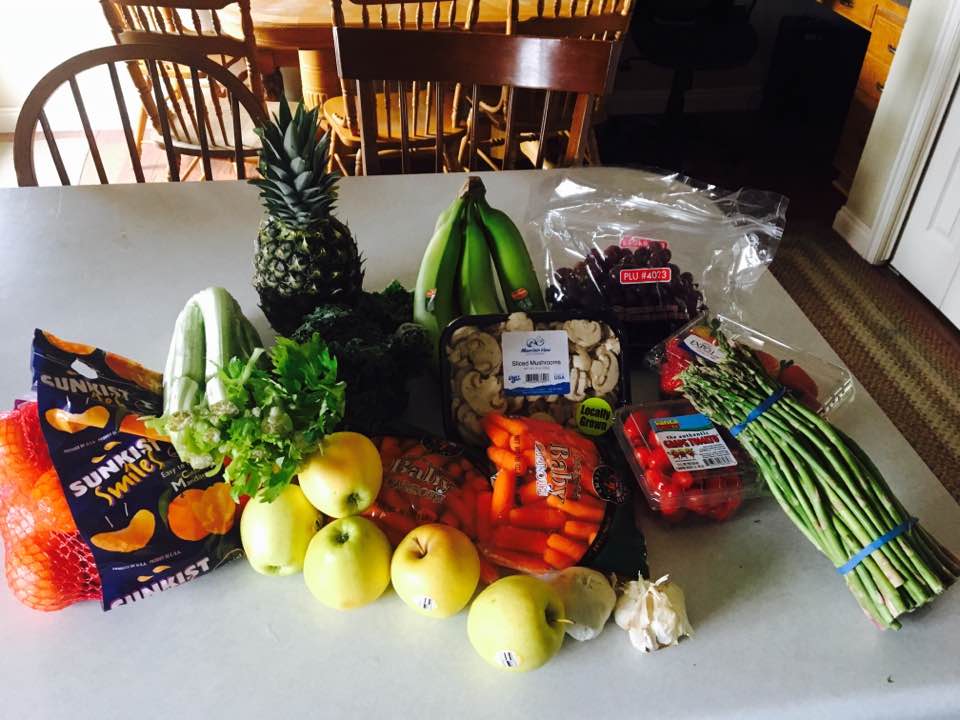 The Lehi Produce Co-op is in its fifth year, but in the last month, it has more than doubled the number of people who are participating. “I knew it would get bigger when the restrictions for COVID-19 started, but I was still surprised by the numbers,” said Liz Knuteson, manager of the Lehi Produce Co-op.

Every Wednesday morning, cars line up at Knuteson’s house to pick up their $23 basket of fresh fruit and vegetables–enough for a large family. Knuteson orders in bulk from Quality Produce in Salt Lake City and has a team of eight women sort items into baskets or boxes. The Lehi Produce Co-op was already large, with 75 to 100 families participating each week depending on the time of year. During the first week in April, Knuteson and her team filled 203 baskets of produce. “We have a drive-through system in my neighborhood and I was worried about people waiting for their basket, but everyone was really patient. No one has anywhere to go, so they didn’t mind waiting for a few minutes,” said Knuteson.

“I love giving this option to people. They don’t want to go to the stores, and this is a great alternative for getting fresh items,” Knuteson continued. On Saturdays, Quality Produce emails Knuteson with items they will have for purchase and she makes an order. Members of the Lehi Produce Co-op are notified what will be in the baskets and they decide whether to buy one that week. Payments are made to Knuteson by Monday night and produce pick-up is Wednesday morning.

“The produce at the grocery store gets touched by 50 or more people before we get it. The co-op produce goes through maybe 12 hands. It’s a safe option and the food stays fresh longer,” said Knuteson. Quality Produce also makes deliveries to Harmon’s and Smith’s in Lehi. To become a member of the Lehi Produce Co-op go to their Facebook page.