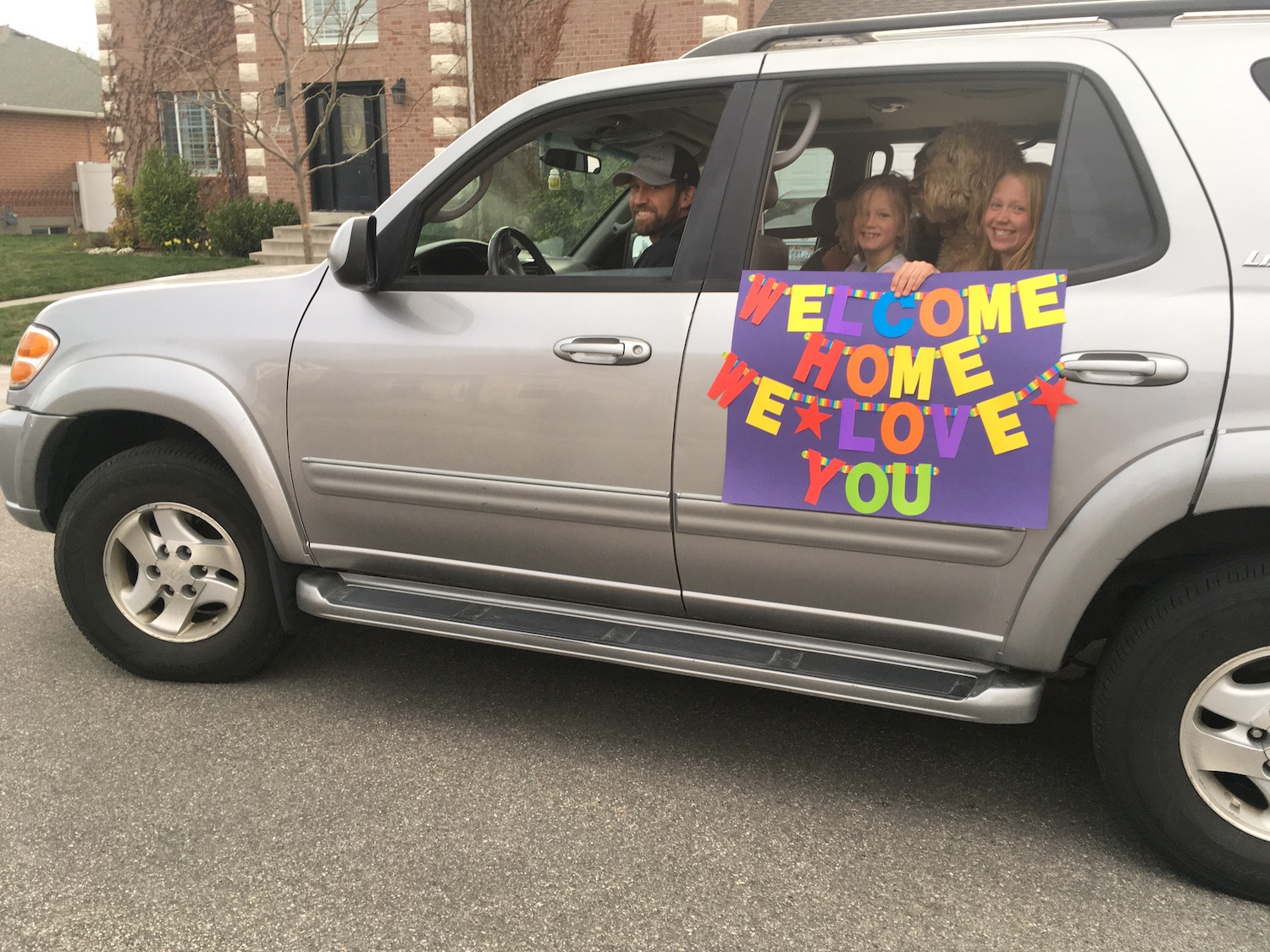 Missionaries for the Church of Jesus Christ of Latter-day Saints have been returning in large numbers to their homes in Lehi and across Utah. Instead of coming home to the usual large gatherings of friends and family and the traditional Sunday meeting address, a new trend of drive-by missionary homecoming parades has sprung up all over the state.

As governments around the world responded to COVID-19 by implementing travel restrictions and shutting borders, the Church of Jesus Christ of Latter-day Saints moved quickly to evacuate missionaries back to their home countries. Thousands of missionaries have returned home within just four weeks.

With social distancing restrictions being observed everywhere, the traditional welcome-home pattern for missionaries is out of the question. Typically, friends and family would gather with a newly returned missionary to celebrate, and the missionary would report on their mission in a Sunday church meeting within a few weeks of returning. But now, Church members all over Utah and beyond have found a new way to welcome them home: drive-by car parades.

Ward members will gather in their cars in a church parking lot or along a neighborhood street, then drive by the homes of newly-returned missionaries, waving, honking and shouting greetings to the missionary, who stands out in front of their house with their family and a smile.

In the Lehi 8th Ward of the Church, 12 missionaries have returned home in the past three weeks. Some of them had served nearly their full term of service – either two years or 18 months – while others were just weeks into their mission. All of them enjoyed the enthusiastic, socially distant welcome of a long parade of over 30 cars filled with ward members streaming past their homes.

The ward has held three parades, one week after another, as the missionaries have returned in waves. At last week’s procession, cars honked, and children waved and shouted from moon roofs. Some cars came decked out in written welcome messages; others waved flags or posters. Cowbells were heard rattling among the clamor.

“I loved it,” said former Miss Lehi Aliese Bumgardner, who was called back from the Australia Brisbane Mission after just seven weeks. It’s been “a really interesting time for a lot of missionaries,” she said, and it meant a lot “to still be able to feel that connection even though we aren’t able to leave our houses.”

The ward parade came by her house twice, once for her and once – the week before – for her brother, Zach, who recently returned from Cali, Colombia. Another family in the ward, the Bradshaw-Wrights, also welcomed home a brother and sister about a week apart.

Ward member Tina Sorensen got the idea from someone else who posted about it on Facebook. When she saw it, the idea immediately interested her. “We’ve got a lot who are coming back,” she said, “and that would be a neat thing to do. We can’t even see them.”

She got to work with fellow ward member Julianne Clegg, and they coordinated with the mothers of the returning missionaries, chose the route for each parade, distributed the map, and spread the word out through official ward communication channels and Facebook.

“Then everyone came out and celebrated and made the missionaries feel unified and welcomed,” said Clegg. “People made posters and honked and waved – took eight minutes.” She gathered photos and put together a short video for each parade to share with the ward members.

Sorensen said, “Seeing all the other ward members was about as much fun as seeing the missionaries.”

Similar parades have been reported by people all over northern Utah County and across the state, from St. George to Kaysville and beyond, and even in Arizona.

The parades aren’t limited to missionary homecomings or members of the Church of Jesus Christ either. People have reported car parades organized in North Carolina and Las Vegas to honor wedding anniversaries and express sympathy at the passing of friends and loved ones when regular funeral gatherings aren’t possible.

While responses to COVID-19 have required us to alter our patterns for connecting with others, it has brought to the forefront how essential that connection is. Again and again, people are finding ways to share love and support, with at least six feet between them.