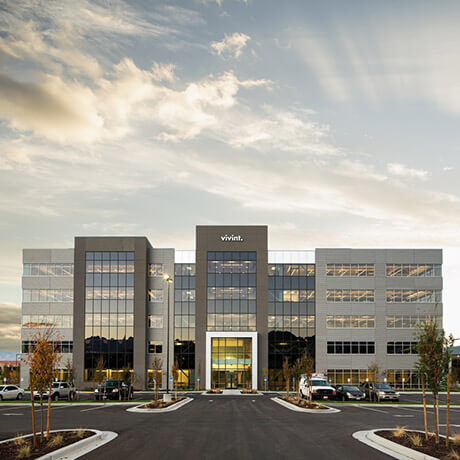 Vivint Smart Home technology is helping parents of children with disabilities take a sigh of relief.

“A typical security system is meant to keep people out, keep the bad guys out,” said Holly Mero-Bench, the director of Vivint Gives Back. “The system we are creating is to help keep people in, maybe, or help make you understand what is happening inside your home.”

One in 54 children in Utah has autism, according to date from the Utah Autism and Developmental Disabilities Monitoring Project. The national rate is one in 68 children.

Vivint Gives Back started in 2008 after Vivint employees voiced that they wanted to help in the aftermath of Hurricane Ike. The organization started with hundreds of causes before making the decision six years ago to focus on a handful of charitable causes. Helping families of children with developmental disabilities, like autism, stood out to the team because of the company’s smart home technology.

“We decided we wanted to make a deep impact instead of a wide impact,” Mero-Bench said.

They started by asking a group of test families who had a child with a disability, to rate their stress on a scale of one to 10. Results showed that those families were rating their stress at 8.27, which Mero-Bench said is the same as soldiers in combat.

“As we looked into this, we started to learn more about these families and their day-to-day life,” Mero-Bench said. “For a lot of these families, every decision is life or death.”

After a month and a half of having the Vivint security technology installed, parents rated stress levels again, showing they’d been cut nearly in half.

“That for us was the moment we thought, we are onto something here, we have something that was making an impact for these families,” Mero-Bench said.

The technology includes sensors that can alert parents when a child’s bedroom door, a cabinet or a pantry opens, along with flood sensors that alert them if a bathtub overflows.

In one of the first meetings with test families, Mero-Bench said one mother said she was finally able to take a shower that lasted longer than 30 seconds.

The smart home technology has evolved in response to feedback from the families, who were using cameras as baby monitors to find out when their child had a seizure. Mero-Bench said another family was able to capture their son’s seizures on camera after a couple of days with the technology when they’d been previously trying for weeks. The footage helped them adjust their son’s medication, and also led to the discovery he’d been sneaking out at night to get candy.

The company has also created customizable chimes and alerts so that a child trying to sneak out or open a pantry hear a recording of their mother’s voice reminding them not to go outside or that it’s not time to eat.

Vivint Gives Back’s efforts have also led to the creation of 82 sensory rooms worldwide, the construction of the Michael S. Sproul Smart Home in Provo to assist teenagers with autism, partnerships with autism organizations and the creation of an autism-friendly sensory room at the Vivint Smart Home Arena in Salt Lake City. It hosts an annual autism awareness night with the Utah Jazz and has provided 6,000 free tickets to families of children with autism.

COVID-19 has derailed this year’s awareness night game as part of Autism Awareness Month, although Mero-Bench said they hope to still hold it later this year.

“That night was meant to celebrate and create an atmosphere for individuals with autism to be celebrated and have space where they can enjoy the game and feel included in the community,” she said.

The stadium’s sensory room was built in 2018 as a way to stimulate or calm those with autism, who often have sensitivities to light, sound, and smell. The room was created in conjunction with specialists and includes items such as exercise equipment.

With COVID-19 and physical distancing guidelines in place, Mero-Bench said the organization is looking to connect with families online. It has also partnered with Utah cookie company, Chip, for an autism awareness cookie, where the proceeds go to help fund therapy spaces, scholarships, and community events.

Local business, Modern Piggy, cranks out face masks instead of hairbows, to help in the crisis