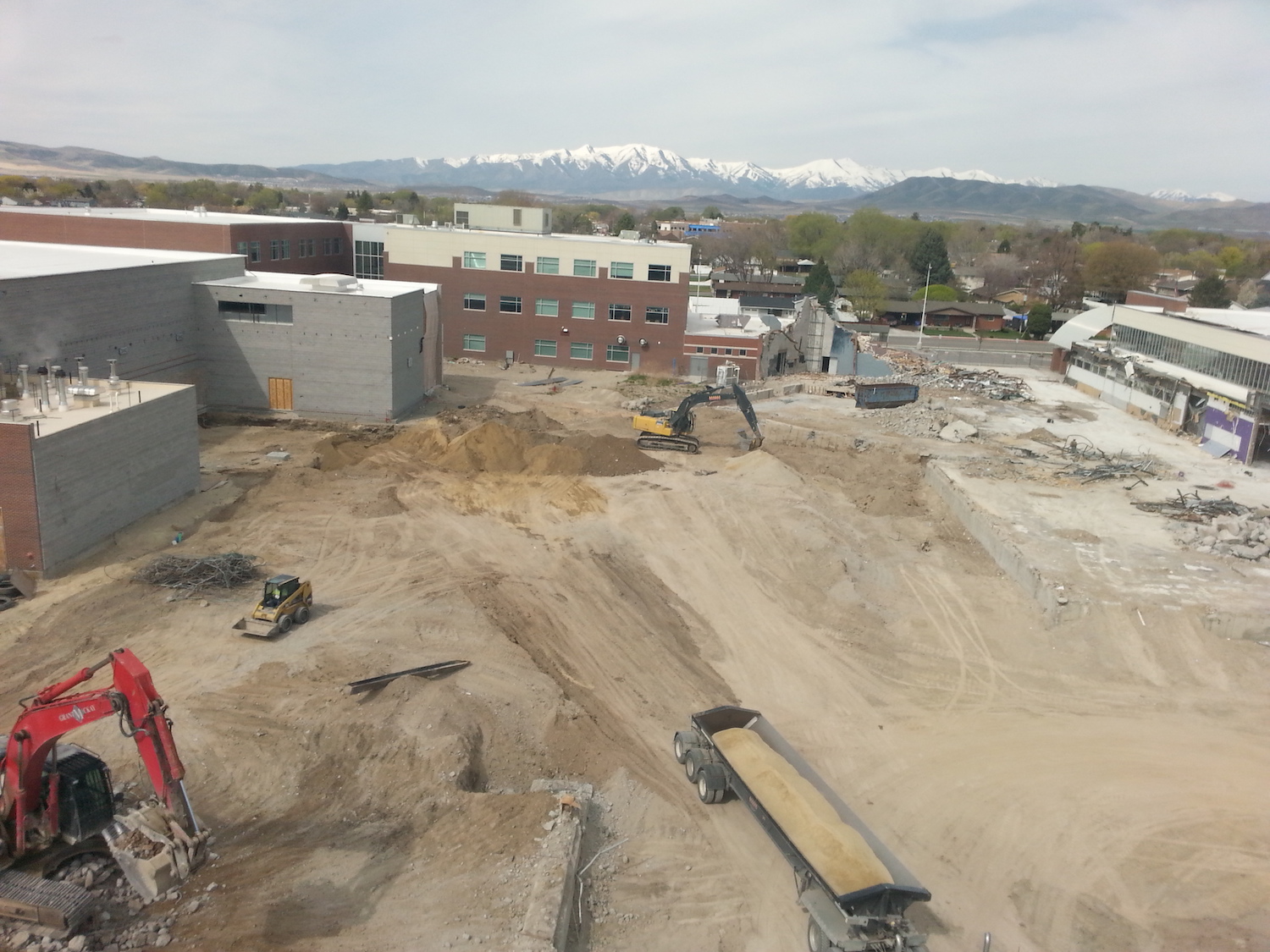 
The final phases of Lehi High School’s rebuild are on schedule to be completed by fall 2021.

The second half of the rebuild has been funded as part of the district’s 2016, $387 million bond. Construction on the school’s final phases began in 2018. The final phases were originally budgeted for about $50 million. The rebuild is projected to cost $64.62 million, according to Bird, which the district attributes to the rising cost of construction and materials, along with adding to the scope of the project. Those additions have included creating a third floor of classrooms and expanding the school’s career and technical education building to accommodate growth in the student body.

Building on the current school’s site and doing construction while students were in school made the project more costly than building a fresh facility on a new site.

“When you have kids on campus, that presents a little bit of a time delay and an efficiency delay,” Bird said. “It is also more costly.”

Bird said the school is considered a jewel in Lehi, and that moving the location of a high school can be a painful process for its community.

The final phase of demolition will take place this summer and will include knocking down the old gymnasiums, the auditorium, the commons, the cafeteria, and the performing arts wing.

Construction on a second auxiliary gym, a dance room, a weight room, new stadium bleachers, a track and a media center will begin this summer.

The phased construction involves building a section of the new school and then demolishing another on the small site. Satellite classrooms have helped accommodate students throughout the rebuild. Bird said safety has remained the top priority.

The district has plans to rebuild Lehi, Pleasant Grove and American Fork high schools, which all opened in 1959 and are the oldest high schools in ASD. Lehi High School will be the first of the three to be completed. Bird said it was chosen as the first to be finished because the opening of Skyridge High School shrank Lehi High School’s student body.

The nation’s COVID-19 pandemic, which led to the announcement that students would be learning online for the remainder of the school year, has not sped up the construction process. Bird said crews are working their normal hours and contracts have stayed the same. However, construction on the school’s parking lot has begun sooner than originally anticipated.

Fireworks to be part of Alpine School District graduations