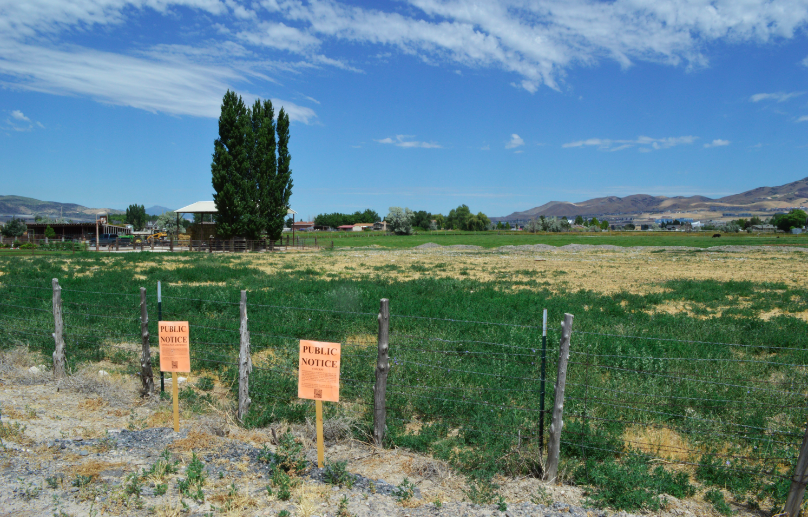 The Lehi City Planning Commission members were unanimous in every vote during their regular, virtual meeting on Thursday, July 9. Most of the meeting time involved with a proposal to amend the General Plan to allow smaller lots on a parcel of land designated to remain open to the possibility of small hobby farming on half-acre lots.

“An aerial photo of the surrounding properties shows how much things have changed recently in Lehi, including changes that have been approved by the Planning Commission in the last 90 days,” began Danny Gutierrez, one of the property owners of the land in question at 1402 West 900 North. “Looking at the surrounding area, we wondered why we shouldn’t be allowed to do the same?” Gutierrez went on to show photos of a recently completed neighborhood in Lehi with half-acre lots where homeowners had chosen to plant grass rather than have animals.

“I live in that area, and I intend to keep living here. Most people come to us because they like our homes, not because they want more land and animals. People don’t want to take care of a half-acre,” said Mike Dubois, the co-applicant on the proposal.

“We can’t just assume people won’t take care of a larger lot – it happens all the time. I’m not seeing enough reason here to change it,” said Commissioner Jared Petersen, pointing out that the property in question is almost surrounded by R-1-22 zoning, which is a larger lot size.

“Lot size doesn’t make a good neighbor. No matter the size, it doesn’t guarantee the owners will take care of it. I’m more concerned with unintended consequences. If we allow this change, it opens the door for others. It’s hard to enforce the vision and goals for the city in the future. The arguments presented aren’t strong enough to override the process,” added Commissioner Abram Nielsen.

Gutierrez and Dubois pointed out that no one could have guessed at Lehi’s growth 15 years ago, and the larger lots could be turned into many flag lots in the future if the change isn’t made today. “This proposed change doesn’t align with the current or new General Plan,” said Hemmert. Commissioner Petersen motioned to send a negative recommendation to the City Council on the Gutierrez/Dubois proposed change, and the other commissioners agreed in a unanimous vote.

“I appreciate your preparation and presentation very much, even if it isn’t the outcome you were hoping for,” said Hemmert. Gutierrez and Dubois also presented a concept for their subdivision, but the lots were smaller than the half-acre required for the zoning, and the subdivision was also given a unanimous negative recommendation vote to the City Council. Hemmert mentioned that there were five comments submitted by Lehi citizens, and those were now part of the public record, but he did not read the comments during the meeting. “For those of us who don’t have access to public comments, is there a reason we don’t read them during the meeting?” asked Commissioner Nielsen. Hemmert explained that for the virtual meeting format, City staff suggested that public comments be part of the record and acknowledged, but not read out loud to reduce video meeting time.

The five comments from neighbors near 1402 West 900 North were all opposed to changing the zoning to allow for smaller lots. The public comments were not available on the City’s website but were requested by the Lehi Free Press and provided by Lehi City.

The Planning Commission voted unanimously to forward a positive recommendation to the City Council on the following items:

–         Gardner Company’s request for an extension to the approved Lehi Station 2 site plan because interest has waned during the COVID-19 pandemic.

–         Lehi City’s request for review of a Development Code Amendment to Chapter 39, amending the definition of Family. Commissioner Roger Ellis asked what prompted this request. City Planner Jacob Curtis explained that there have been several odd compliance issues and illegal Accessory Dwelling Units.