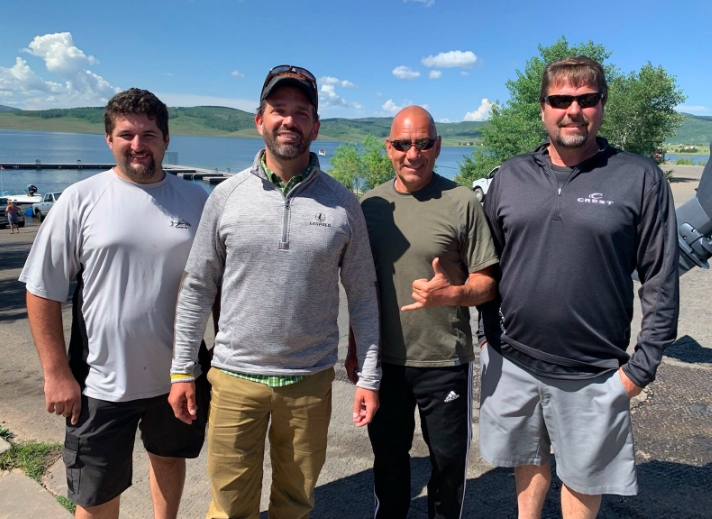 Avid sportsman Donald J. Trump Jr., traveled to Utah this week on a fund-raising trip for Republican congressional candidate, Burgess Owens. While Trump was in town, a fishing trip to Strawberry Reservoir was arranged by Lehi businessman and angler Reed Mellor.

Mellor, his buddy, Lehi’s Roger Jacobsen, joined with Strawberry Bar Marina owner, Paul Phillips, to show Trump how to catch the prized Kokanee at the “Berry.”  According to Mellor, there were three boats in the group. Mellor’s boat fished with Trump’s Secret Service detail.

According to Jacobsen, by about 9 a.m., they had seven “kokes” in the live well, and by the end of the morning, the group had caught their limit. Secret service agents even got to reel in a few of the  delicious silver salmon on a perfect summer day.