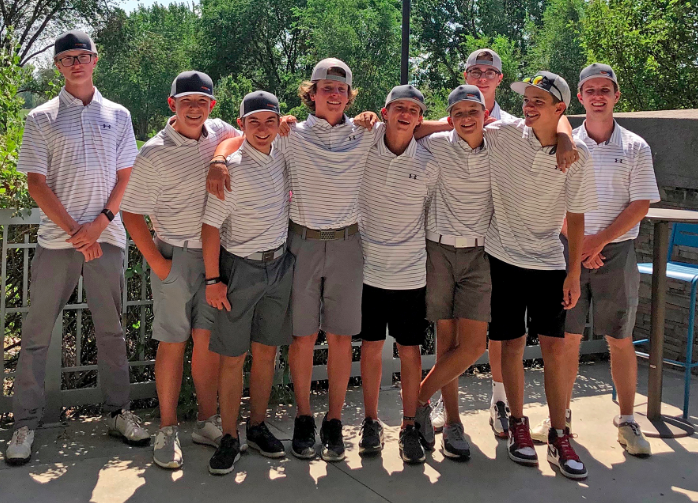 The Skyridge golf team is in third place in Region 4 after the first three events of the fall season.

The Falcons were third with a 301 at Glen Eagle Golf Course on Aug. 7. Senior Eli Beck led the way with a 69, followed by Carter Frisby at 72 with Braydon Gagon and Lars Beck contributing 80 apiece to the counted scores. Preston Branham and Todd Newbold also competed.

The squad posted their best result of the season to date at Cedar Hills Golf Course on Aug. 12, earning second place with a 295 as all counted scores were 78 or better.

Beck again shot a 69 and tied with one other player for medalist honors. Frisby chipped in 73, Branham added a 75 and Newbold tallied 78. Gagon and Beck also played that day.

At River Oaks Golf Course on Aug. 27, the Falcons again came in third with a 303. Beck continued his consistency with another 69 and tied for the medalist position with an additional golfer once more.

Frisby wasn’t far behind with a 70, helped by a pair of eagles in the round. Branham’s 81 and Beck’s 83 completed the counted scores. Gagon and Newbold were on hand as well.