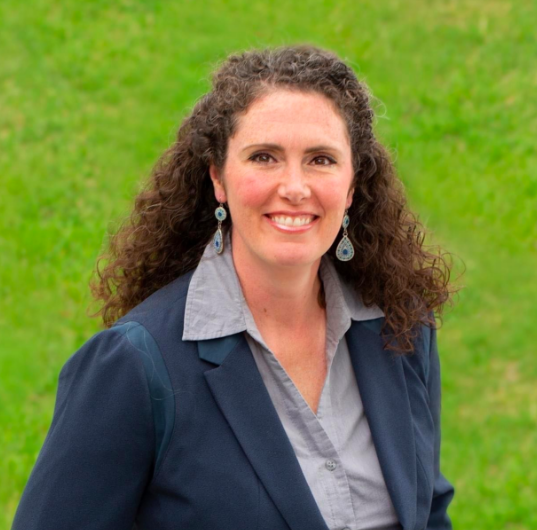 Lehi voters will be receiving their mail-in ballots in just over 30 days. The lengthy ballot for East Lehi voters will include the contest to represent District 56 in the Utah House of Representatives. Contenders include current Republican incumbent Kay Christofferson and challenger from the United Utah Party, Kate Walters.

Kate Walters: I’m a wife, mother, stepmother and “dog mom.” I grew up in Utah County, and have been a resident of Lehi for the past five years. I love Lehi, not only for its feeling of community, but it serves as the perfect gateway to my life in both Utah and Salt Lake Counties.

I’m a 16-year educator in Utah, and I love what I do. I currently teach third grade English language arts in our school’s Portuguese dual immersion program. I love learning about different cultures and am picking up on Portuguese. I served a Spanish-speaking mission in Southern Florida for the Church of Jesus Christ of Latter-day Saints, so my Spanglish is helping me pick up on the Portuguese language.

I’m a huge advocate of the arts. I have performed in a variety of community theater productions and have been involved with Sweet Adelines International (SAI), a women’s barbershop music organization. Prior to COVID I was a member of Mountain Jubilee Chorus, SAI’s Utah chapter, and was performing with my barbershop quartet, Sequence. I love performing and bringing joy to audiences. I’ve served on boards of both Mountain Jubilee and the West Jordan Theater Arts.

I also love what the arts can do for children and youth. I try to incorporate the arts into my teaching at every opportunity and am currently working toward getting my art endorsement to enhance my teaching. I’ve directed several musicals and choirs for both school and church.

Apart from enjoying and participating in the arts, I enjoy spending time with family and friends, playing with my dogs, reading, traveling, and gardening.

LFP: Why are you running?

Walters: In all honesty, before this year, running for public office was never on my radar. Then, as I educated myself more on the issues in our state and nation, I came to the realization civic engagement often requires sacrifice, even if that includes stepping outside of my comfort zone. I also thought it important to run because our current House representative has run unopposed since 2012. This year, there was a Republican primary election, but only members of that party were given the ability to vote during that. In order to have a healthy democracy, it’s important that every citizen has the opportunity to make his or her voice heard in choosing those who will represent them in our government. I’m running, in part, to give individuals an opportunity to make that kind of choice.

I’m also running to help draw attention to the need for better education here in Utah. We’ve been the state with the lowest per-pupil spending in the nation consecutively for decades. Though problems don’t necessarily go away when we throw more money at them, the investment of needed funds would show educational stakeholders that education is actually a priority for our children, our youth and the future of the state of Utah.

LFP: What is the United Utah Party and why are you a member?

Walters: The United Utah Party is a relatively new, but long overdue political party that focuses on common sense solutions to problems, rather than on extreme partisan ideology. As our nation becomes increasingly divided, the UUP makes an effort to build bridges between different political opinions and promotes reforms to government that will greatly benefit our democracy. Some of these reforms include enforcing stricter limits on campaign finance, implementing term limits for politicians, promoting ranked choice voting, and supporting an independent redistricting commission to put an end to political gerrymandering. In essence, the UUP is the party of government reform. With changes like these, I believe the government can better represent its citizens, not its politicians.

LFP: How do you think the state has handled the Coronavirus so far? Would you support a state mask mandate?

Walters: I’m not pleased with the way the state has handled the coronavirus. There have been mixed messages on both a national and state level which have only contributed to the uncertainty of our times. As an educator, the most frustrating part was learning that students and teachers in schools would be required to wear masks, whereas the general public would not. My biggest fear about going back to school to teach was that my students would be parroting their parents’ opinions about masks and that there would be bullying and fights and a load of new problems to face. I was beyond relieved to learn that the students in my class and in my school at large don’t have problems with masks. If wearing a mask is the price to pay to go to school in person rather than repeat school online, it’s worth it for both these kids and for us teachers. Would I prefer that we not wear masks? Absolutely. But I would support a mask mandate if it came to that. Masks aren’t the most comfortable, but if students and teachers can get used to them, I think the rest of the public can adapt as well. Our students have been troopers with the school mask mandate, and there’s a lot we can learn from our children and youth.

LFP: What would be your top priority if elected?

Walters: As an educator, my top priority, behind government reform, would be to improve education. The UUP supports increased funding for our state’s schools, particularly to create smaller class sizes for teachers. Utah has consistently been ranked as the state with the lowest per-pupil spending for decades. It’s time to treat education as the priority it ought to be.