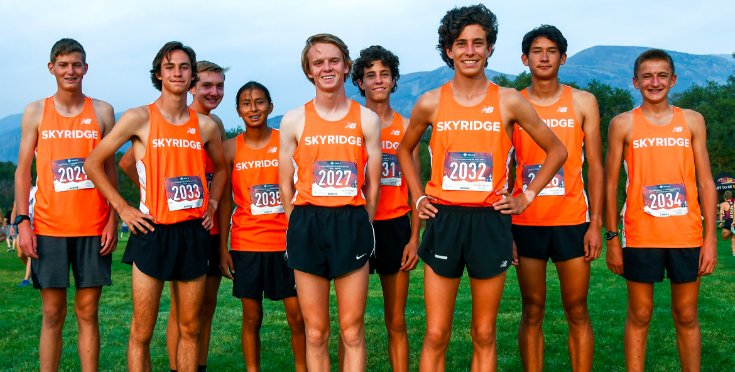 The Skyridge cross country team earned first place in the boys varsity race and finished second in the girls varsity event at the Region 4 championships, held at Westlake High School in Saratoga Springs on Oct. 2.

In the boys varsity race, the Falcons earned three of the first five places and finished with a team score of 36 to easily win the title ahead of Corner Canyon at 50 and American Fork at 67.

Senior Kade Hansen finished 13th and junior Seth Kjar came in 15th to complete the team tally.  Senior Jarren Barfuss, junior Erol Yellowhair and sophomore Isaac Jensen were right behind them at 18th and 20th to complete a sterling effort for the afternoon.

The Skyridge girls pushed Lone Peak to the maximum but finished just short as the Knights scored 52 and the Falcons tallied 54. American Fork came in third at 77.