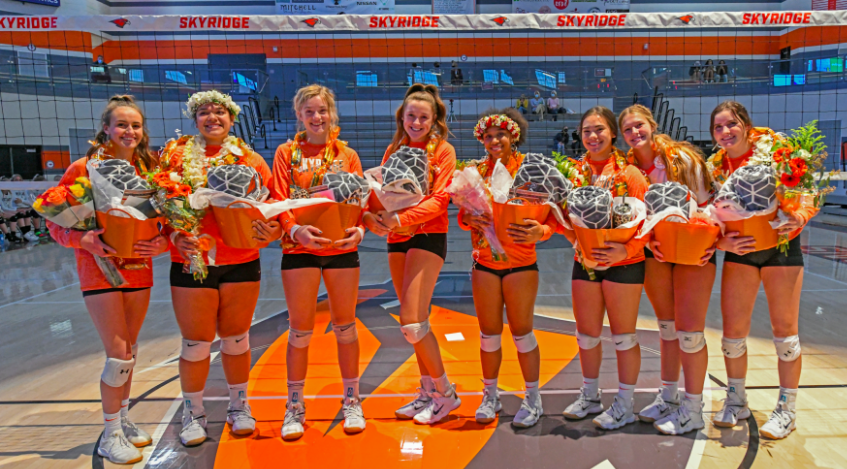 The Skyridge volleyball team earned mixed results in Region 4 play, falling to Lone Peak 3-0 on Oct. 6 but rebounding with a 3-1 victory over Westlake the next day.

The Knights won the first set comfortably at 25-16, but the Falcons competed very well in the other two games. However, Lone Peak eventually prevailed 25-21, 25-22 to complete the sweep.

Skyridge got off to a strong start against the Thunder, easily winning the first two sets 25-15, 25-18. Westlake won the third game 25-11, but the Falcons closed out the match with a 25-18 win in the fourth set.