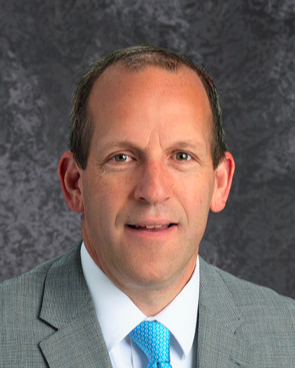 The Alpine School District’s next leader will come from within, the district’s governing board announced Oct. 27.

“Shane is a clear thinker,” said Sarah Beeson, the board member who made the motion to appoint Farnsworth. “He has a clear vision, and, more importantly, we know he will know how to execute that vision.”

The decision comes about two months after current Superintendent Sam Jarman announced he would retire at the end of the school year, and less than one month after applications for the position were due. The board announced in August that it planned to decide on a replacement before the General Election.

Farnsworth has 22 years of experience in education, serving in roles as a teacher, a principal and the district’s administrator of secondary schools. He has degrees from Brigham Young University and focused his doctoral studies on the trust relationships between teachers and administrators. He has served as the Utah State Accreditation Council chair and has been the lead evaluator of schools throughout the state.

He lives nearby the district’s headquarters in American Fork with his wife, Meri Ann. They have six children.

He will become superintendent on July 1.

The board’s vote came in a special meeting before its normal, bimonthly ones, where board members lauded Farnsworth and took time to acknowledge Jarman’s long career.

“We thank you for your years of service to us,” Scott Carlson, the board’s president, told Jarman during the meeting.

Carlson called the search a long and detailed process. It included a committee of 28 members, comprised of parents, teachers, administrators and city leaders. The board reviewed applications, selected a group of candidates to interview, and further narrowed down the pool before deciding.

Mark Clement, a board member, said he hopes Farnsworth will pick up where Jarman leaves off.

“I think that as I’ve had the chance to work with Shane, I feel like he is really good at working with people, at understanding complex issues and thinking in new directions,” he said.

Other board members echoed the praise, with Amber Bonner stating that she heard that Farnsworth is always the smartest man in any room.

Sara Hacken, a member of the board, said that the board is pleased with its decision.

“I feel like Dr. Farnsworth is a man of great capacity and creativity,” she said.

She called Farnsworth a courageous man who is a good listener with an analytical mind.

“He doesn’t mind making hard decisions, and he doesn’t mind changing his mind,” she said. “He is willing to be humble and say, ‘I need to look at it again,’ or, ‘I need more information.’”

Julie King, a member of the board, said Farnsworth is a “phenomenal innovator” who excels at collaboration and is an empathetic listener who openly seeks feedback.

The board presented Farnsworth’s wife with flowers and thanked her for her support, stating they know that the job will impact their entire family.

“It is a big job, and it will take up a lot of family time,” Carlson said. “We appreciate both of you and your whole families.”

Farnsworth addressed the board following the vote to accept the appointment. “ I am passionately and fully committed to this responsibility. In my 22 years in education, I have worked with tremendous mentors.” Farnsworth told the audience and board members he knew he would find meaning in his life by working with students. He concluded, “Where I began, I owe to my parents; where I end, I owe to my companion,” referring to his wife, Meri Ann.

As Jarman and Farnsworth work side-by-side over the next few months, Jarman said he has confidence that he will be a great leader.

“I want you to know I’ll do whatever I can to help you prepare and succeed over these next few months, and then it will be great to hand over the reins and see you move forward,” Jarman said.