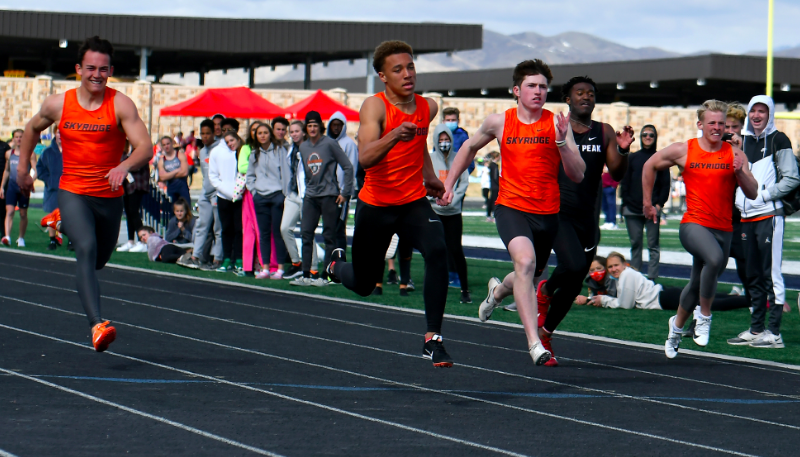 The Skyridge track and field team tied for first with Lone Peak in the girls events and finished third in the boys events at the 10-team Mountain Valley Invitational at Westlake High School on March 24.

Here’s a summary of those earning points for the Falcons at this meet.

Junior Emma Meyer threw for fourth place in the girls javelin. On the boys side, freshman Whit Slack came in fourth and junior Matt Taylor was fifth.