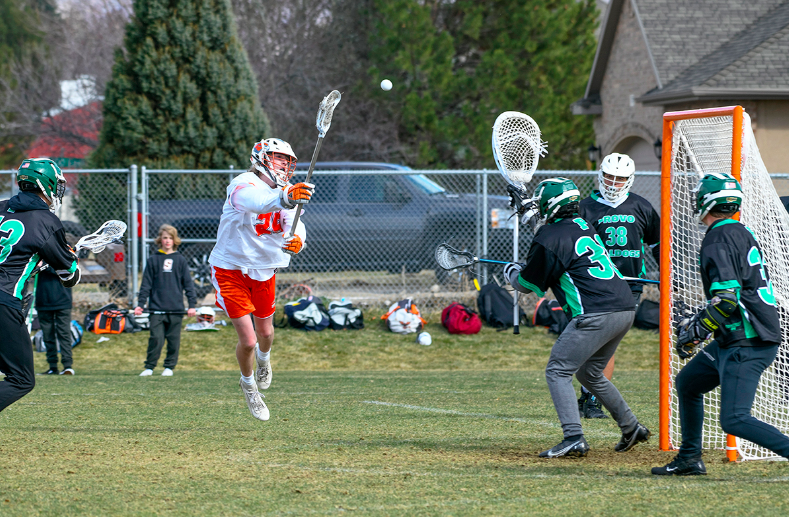 The Skyridge boys lacrosse team has earned a 3-1 record in non-region games to begin their spring campaign.

The Falcons won road games at Spanish Fork on March 15 and Springville the next day, lost to Olympus on March 23 and then beat Provo on March 26. They were dominant in all of their victories.

Against the Dons, the Falcons scored early and often and didn’t allow any goals until the third quarter. They scored five in the first, four each in the second and third and two more to finish the rout in the fourth. Spanish Fork had two goals in the third and one in the fourth.

Skyridge spread the scoring around in this contest. Junior attacker Barrett Heilner had a perfect shooting night, scoring four goals on as many attempts.

It was a similar story against the Red Devils. The Falcons scored six in the first, five in the second and four apiece in the remaining two periods. Springville could only manage one goal each in the first, third and fourth.

Things didn’t go quite as well against the Titans. The Falcons trailed 4-9 by the end of the second quarter and weren’t able to find the net again after that.

The Falcons got another big victory over the Bulldogs, who were only allowed one goal each in the second and fourth quarters. Skyridge scored five goals apiece in the first two periods, then added four in the third and two in the fourth.

Heilner led the way with four goals and two assists. Goodrich added three goals and one assist, while Parkin added two more scores and an assist. Seven other players also had one goal.