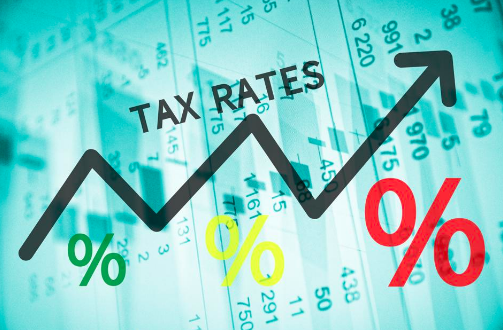 The average home in the Alpine School District might be facing a tax increase of more than $5 a month next year.

The district expects a capital revenue decrease due to the certified tax rate adjustment, as required by state law. A vote on a proposal could come this summer as the district expects to receive millions less for capital project funding.

“It becomes really nerve-wracking to me as a board member, because I don’t want to be increasing increments every year, but we are so close to that line to lose state funding that we have to stay above,” Amber Bonner, an Alpine School District Board of Education member, said during an April 13 meeting.

Property taxes are structured so that as a home’s value increases, the tax rate decreases so that the homeowner pays the same amount of taxes on it as they did before. As property values continue to increase in Utah County, the tax rate has automatically decreased.

There are a handful of different ways school districts can raise property taxes to draw more funds to the district. The district’s board of education can vote to increase certain levies, while others — like bonds that fund the construction of new schools — go to voters for approval.

During the April 13 meeting, Steve Reese, the district’s director of accounting, presented information to the board about ASD’s property tax rates in comparison to surrounding areas, including how much the tax levy could be raised and potential proposals to raise rates within the district.

Reese estimates that the district could generate an additional $126 million a year from property taxes if it were to cap out all of its levies. ASD, he said, has a lower property tax rate than its surrounding districts.

“We are in a very good position compared to our peers,” he said.

He estimates that ASD’s rate will decrease again based on how quickly local homes are rising in value, dropping it close to the threshold to keep receiving certain funds from the state.

The district has raised rates in recent years as it has hovered near that threshold. A rate increase for the 2020 fiscal year was used to give employees a 1% salary raise, and a 2018 increase went towards facility maintenance and other resources.

Potential uses for the fiscal year 2022 increase could go toward addressing an anticipated $4 million cut in state funding for capital uses, purchasing property for future schools or for $82.5 million in maintenance that’s been deferred since 2016.

“The price of property has gone up significantly over the last few years,” Reese said.

Amendments to state property tax laws are expected to cause a slight dip in funding.

A one-increment change would increase property taxes by 1.5%. The average home in the district, estimated at $377,300, would pay an extra $1.73 a month in property taxes at that rate.

Businesses are taxed at double the rate of homes.

The district’s administration is recommending for the board to pass an increase of three increments in the capital local levy, which would generate an additional $10.35 million a year.

Bonner said that while growth has brought some extra revenue to the district, it’s also led to challenges.

“The problem with growth is that it brings new children,” she said.

She said that the district has struggled with its purchasing ability due to inflation. As the property tax rate decreases by about 1.5 increments a year as home values increase, the district is at risk of losing state funding if the board doesn’t vote to raise taxes.

“If the county increases those values, then we are going to drop even lower even faster,” Bonner said.

She said the district would have dropped below that threshold if it hadn’t increased property taxes last year.

Board members did not express which of the three plans they were in favor of if any. An increase was not scheduled for a vote in the April 13 meeting and could come this summer following a public Truth in Taxation hearing on a change.