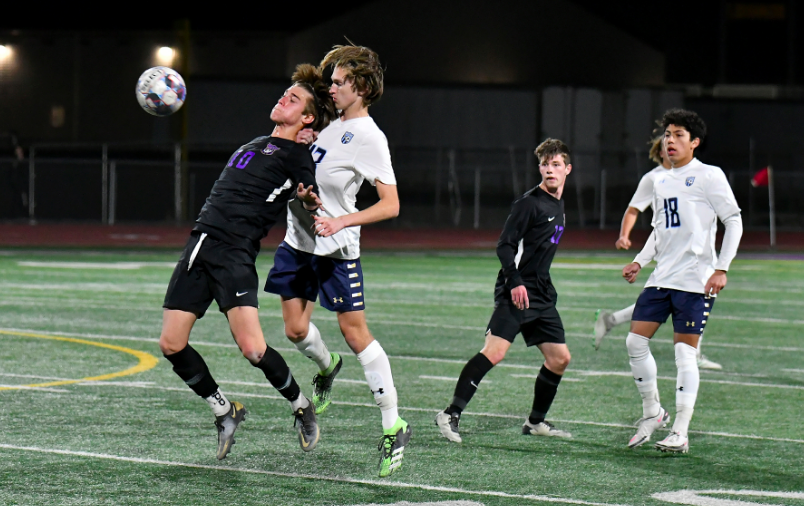 The Lehi boys soccer team is now tied for the lead in Region 7 with Mountain Ridge after losing a shootout at Timpanogos on March 23 but continuing on to victory over Timpview on March 26 and Alta on April 2.

The Pioneers beat the Sentinels in their first match, so they own the tiebreaker for the moment.

The teams each scored a goal in the first half, with junior forward Christian Jones providing the tally for the Pioneers. They then battled through the rest of regulation and two overtime periods without finding the net again. The Timberwolves prevailed by a single penalty kick.

“We lost a close one in penalty kicks to Timpanogos on the road,” said Lehi Coach Tim Graham. “We kept the ball well, but just couldn’t finish.”

The Pioneers got a goal in the first period and held on to win as each squad scored in the second half. Sophomore defender Anthony Bustos and senior defensive midfielder TJ Roskelley provided the tallies for the home squad.

“We bounced back with a 2-1 win at home against Timpview,” Graham said. “We really played well and showed some wonderful progress.”

“This last Friday we beat the fifth-ranked Alta Hawks 2-1 in two overtimes,” the coach said. Freshman forward Yo Aitken got the Pioneers on the board first in the initial half, but the visitors were able to even the tally in the second half.

The squads dueled through the first overtime scoreless, but Jones hit the target during the second overtime to end the match with a golden goal.

“Our defense was amazing,” Graham said. “Senior goalkeeper Rhett Anderson showed us all why he’s one of the best goalkeepers in the state.”

The coach is pleased with how his team is coming together. “We are really starting to gel and we hope we can keep it going after spring break,” Graham concluded.