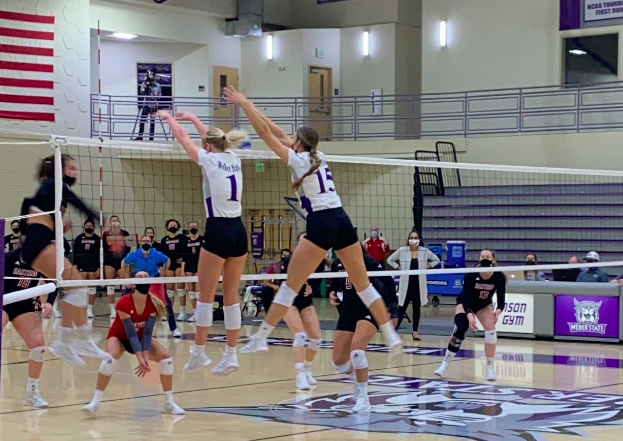 Rylin Roberts Adams, daughter of Ryan and Angela Roberts, was selected as the Big Sky Conference Volleyball Player of the Year and was recently named to the Honorable Mention All-American collegiate volleyball team. Adams was a 2016 graduate of Lehi High School. She plays on the conference-winning Weber State Wildcats volleyball team.

Rylin, or “Rylie,” as her coaches and teammates affectionately called her, was a member of the Lehi High School volleyball and softball state championship teams. She received high school honors from the Deseret News and Salt Lake Tribune and was MVP in volleyball from the Tribune.  She was recruited to play volleyball at Weber State University.

Rylin served a mission in Naga, Philippines, between her freshman and sophomore years at WSU.

This season she led the Wildcats volleyball team in kills and points and will play another season in the fall at Weber because of delays due to COVID-19.

She will graduate with a degree in social work in December. She has also garnered Big Sky All-Conference academic awards every year at WSU.