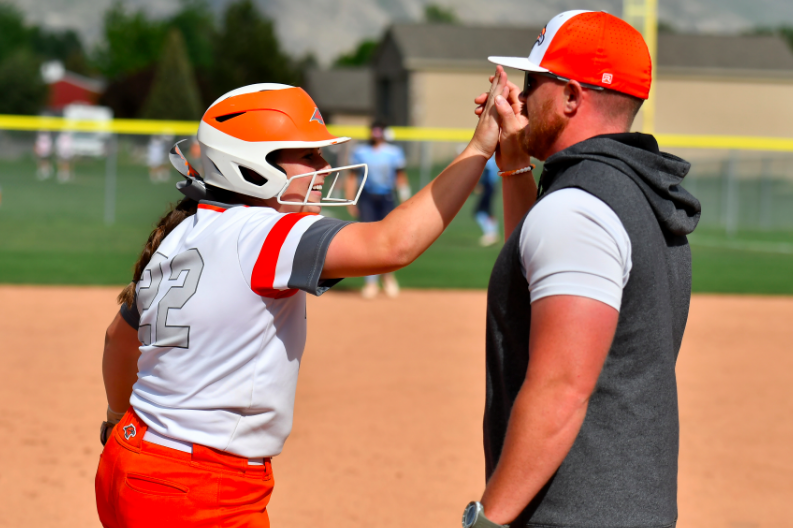 Progress: The Falcons fought through three games with Fremont to advance to the championship rounds, which will be played this week at Utah Valley University using the double-elimination format. Skyridge is matched against #2 Pleasant Grove (23-4) at 1:30 p.m. The Falcons were responsible for two of the Viking losses when they concluded the regular season a couple of weeks ago. Play continues through May 29.

Progress: The Region 4 champion Falcons eliminated Westlake in two games to advance to the championship rounds, which use a double-elimination format and will be played at the Spanish Fork softball complex. Skyridge next takes on #2 Bingham (22-2) on Field 1 at 12:30 p.m. If they lose, the Falcons will play again at 2:30 that same day; if they win, the next game is at 4:30 p.m. Play continues through May 28.

Progress: The Falcons advanced comfortably to the semifinals with two-goal victories over #18 Layton in the second round on May 18 and #7 Bingham in the quarterfinals on May 20. They face #3 Herriman (15-3-0) at Juan Diego High School with a designated start time of 6:30 p.m. The championship game is scheduled for Rio Tinto Stadium on May 28 at 1 p.m.

Lehi High School still has two girls teams playing in the state tournaments. The boys teams have all bowed out of the postseason.