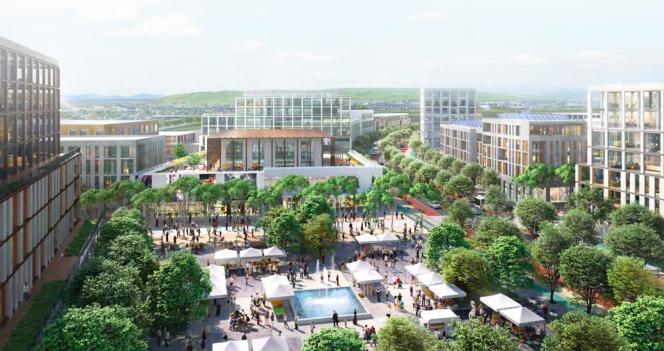 We’ve known for years that the Utah State Prison is moving from its longtime home in Draper to a new location in Salt Lake City, west of the airport. With the new prison nearing completion at the end of 2021, plans for the soon to be vacant 600-acre property are being developed.

The site, sitting in the heart of Silicon Slopes and the middle point between Salt Lake City and Provo, has been called one of the most intriguing projects in the entire United States by developers throughout the country.

The survey website includes The Point of the Mountain Land Authority’s six key vision elements for the project:

Residents are asked to give their preference in each category. Potential uses in the survey include live performance venue, museums, food market hall, local retailers, national retailers, a community garden, a regional park, shuttles, entry level housing and high-end residential.

As The Point of the Mountain State Land Authority continues to craft a master plan for the site, the organization is seeking input from the public until Friday May 28 at 5 p.m. The survey can be found at bit.ly/planthepointsurvey.