Local artist is featured at Gallery Wild in Jackson Hole 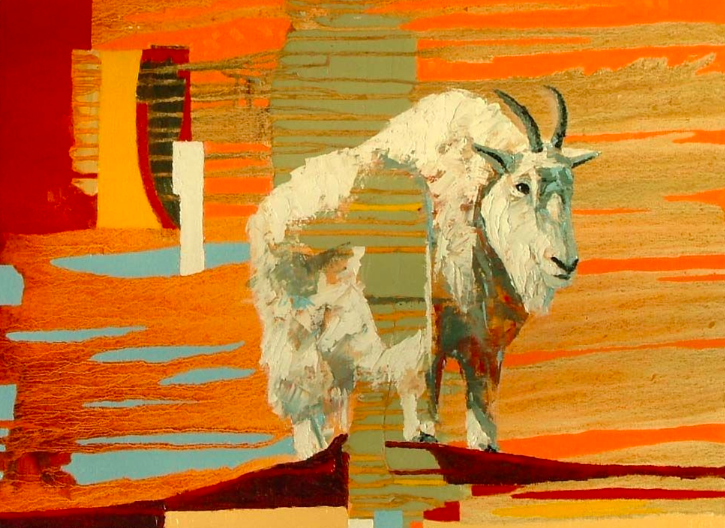 He uses his love of outdoors and outdoor wildlife as subjects for his work. Russon paints in oil employing a loose brush and pallet knife to varied scenes. His bright geometric colors create both realism and abstraction to his subjects.

A graduate of BYU, Ron also did an internship in New York City at Illustration House. Being raised in rural Lehi influenced his love of the simple pastoral scenes that also are subjects of his painting. His passion for hunting and fishing also is reflected in his work.

Russon currently lives in Lehi with his wife Betsy, daughter, June, and son, Benjamin. When not   painting, he raises chickens and bees. His eggs and honey are in great demand by friends and neighbors.

His service to his family and neighbors is also legendary in the area. While he is reluctant to admit it, he has moved more than 37 pianos for those needing his strength and time.

His artwork is also displayed at the Lehi Free Press office located at 29 North 100 West in Lehi.